While this rebranding has been rumored for a while, it looks like it’s now more or less official.

Boeing has today announced an order for up to four Boeing 737 jets by Polish airline Enter Air. Yes, the airline is ordering Boeing 737 MAX 8 aircraft, but that’s not how they’re being described. These planes are being described as Boeing 737-8 aircraft. This is clearly part of a very slow and subtle rebranding exercise for the troubled jet.

As the press release states:

Boeing and Enter Air today announced the Polish airline is expanding its commitment to the 737 family with a new order for two 737-8 airplanes plus options for two more jets.

“Despite the current crisis, it is important to think about the future. To that end, we have agreed to order additional 737-8 aircraft. Following the rigorous checks that the 737 MAX is undergoing, I am convinced it will be the best aircraft in the world for many years to come,” said Grzegorz Polaniecki, general director and board member, Enter Air.

This is the first press release I know of from Boeing where the company refers to the 737 MAX as something different. As you can seen, Boeing is being subtle about this, and even uses the term 737-8 and 737 MAX 8 interchangeably.

To be clear, internally the plane has long been known as the 737-8, but to the public the “MAX” branding has been used. In this case Boeing is essentially just going back to the initial name of the plane, and dropping “MAX.”

There have been hints of this for a while…

The first signs of the Boeing 737 MAX being rebranded came over a year ago. At the time IAG (the parent company of Aer Lingus, British Airways, Iberia, and Vueling) signed a letter of intent for up to 200 Boeing 737 MAXs, and IAG referred to these planes as the as the 737-8 and 737-10.

I would imagine that this was coordinated with Boeing, though at the time Boeing’s press release continued to use the full “MAX” branding. To my knowledge this Enter Air press release is the first one where Boeing specifically mentions the new branding.

President Trump suggested this rebranding last April, and I guess he was onto something…

The Boeing 737 MAX may once again be certified by later this year, after being grounded for nearly two years. Boeing and airlines have quite the uphill battle when it comes to convincing passengers that the plane is safe to fly.

While operating a safe aircraft is paramount, frankly I can’t blame Boeing for planning on rebranding the plane. Maybe with everything else going on in the world in 2020, people will actually be tricked by this and forget about the 737 MAX fiasco.

What do you make of the rebranding of the 737 MAX?

how to spot a max? look at where the engines sit on the wings! the nacelle is slightly higher on the max. they had to move the engines forward & up to make them fit.

@Glenn You must be privy to some information that I do not have. NMA is no longer in design - they have put that puppy on the back burner as far as I have heard. 737 may be certified soon and when it is back in service then perhaps the NMA will become viable. Maybe in 10 years. Not an aircraft designer but they might have been better to re-wing and re-engine the 757 like they did to the 747. Perhaps they chose the wrong product to focus on. I hate single aisle long distance flights so have always abhorred the 757.

The main problem was that Boeing tried to adapt the 737airframe to a size/performance niche that was previously held by the 757. If you have flown a 757, you know that there is no substitute for it except another 757. The smaller 787 overlapped the seating capacity of the 757-300, and so to pay for the outlandish cost over-runs of the 787, Boeing cancelled the 757 line (not withstanding that NUMEROUS airlines wanted the 757 line to continue) to force airlines to buy the 787. Most didn’t. The 787 isn’t nearly as versatile as a 757 - you could never take one out of MDW fully loaded and take it to either coast or do a oceanic crossing with the SAME airplane. To fill the niche the 757 left, Boeing tried to remake the 737 into a cheaper version of the 757. Didn’t work so well... Now Boeing is working on a clean-sheet airplane known as the NMA - New Market Aircraft. Hopefully, it will be as versatile as the original 757 and be as successful. The 737 airframe is tapped out. 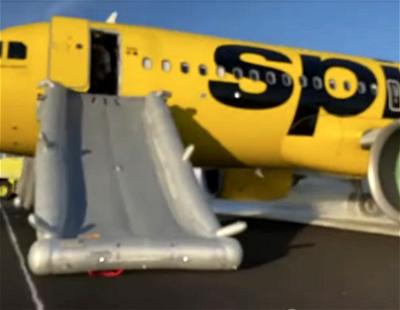