It’s no secret that I have pretty bad luck with taxis, in cities ranging from Abu Dhabi to Dubai to Frankfurt to Las Vegas to Warsaw to London.

I’m in Beijing for a few days, which is a city I always find both interesting and frustrating. One of the challenges I face in Beijing is getting around, since none of the cab drivers seem to know where they’re going. I’ll only ever get in a taxi after I have my destination written down in Chinese. But even then there’s only about a 50/50 chance of getting to the right destination. Sometimes they’ll acknowledge where you want to go, and then halfway through the ride they’ll start talking to you in Chinese because they don’t know where they’re going, and all you can do is point back at the piece of paper. 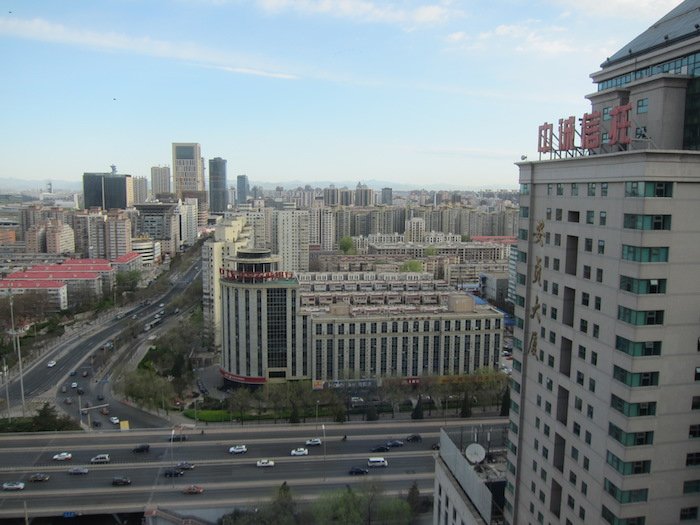 Last night we went to dinner at a restaurant located inside the JW Marriott, though unfortunately the driver instead dropped us off at one of the Marriotts on the other side of town, despite us having the exact address and hotel name written down. Grrr!

Incompetence aside, I ran into a Beijing taxi scam for the first time today, and I’m curious what you guys would have done. We had lunch at Din Tai Fung, and the ride from our hotel to the restaurant cost 20CNY (~$3), as I expected.

However, on the return ride I noticed that about halfway through the ride the meter was already at 20CNY, and as we approached the hotel the meter was at 40CNY. So it was pretty clear to me that the driver had a hot meter, which was going twice as fast as it was supposed to (the drive took roughly the same amount of time in both directions).

Then I noticed that the ID which is usually displayed on the dashboard wasn’t there.

Okay, it’s not that I’m actually terribly concerned about being scammed out of ~$3, but on principle I was planning on just paying the normal price. I figured when we pulled up to the hotel I’d tell the bellman what was going on, in hopes of combatting what this guy was doing.

But he outsmarted me. While I asked for us to be dropped off at the hotel, he instead pulled over on the side of a busy road by the hotel to drop us off, rather than driving into the actual driveway of the hotel. It seemed pretty clear to me that this was a conscious decision, given that he knew this would prevent me from calling him out on it, since he didn’t speak a word of English.

So I settled the fare and moved on with my day. And since he didn’t speak English (and I don’t speak Chinese) I didn’t feel like I was in a position to do much.

What would you have done in this situation? Just paid the higher fare since it was only a few bucks more, or is there another approach you would have taken on principle?

This happened to me today. I've traveled to China on several occasions for work. The first time I came, I got scammed by a "black cab" who charged me RMB 300 for a ride from the airport to my downtown hotel (should be about RMB 130 for those who doesn't know). I talked to my Chinese colleagues about it, but ultimately let it go. But, this time was different. I travel to a lot of developing countries, and know to be on alert. I follow procedures. I arrived at terminal 2 (domestics), swatted off the usual black car scammers as they approached me, and joined the taxi line. I get to my assigned cab, show the driver the address of the Langham airport hotel, which is in terminal 3 (a 10-min drive and a ride that's about RMB 40), I show him the map, he nods and he's onboard. About 5 min after leaving I notice the meter has gone to RMB 240 (hot meter), at this point I express concern, but he only speaks Chinese and gets agitated. He pulls into the Langham convention center, which is opposite the hotel and completely empty. Demand I pay and get out. This is my last day on the trip so I have only left enough cash for the short taxi ride to the hotel. I don't have the choice to just pay and get out, knowing he'll then take off with my bag. I try to explain that he's at the convention center and not hotel and request he takes me to the hotel. He then decides to drive me to the side of the road next to the hotel where there's no hotel entry or people. Same deal, pay, get out. I keep demanding he drives me to the hotel. At this point I have called the hotel and explained the situation and requested they come out to meet me to help translate. Here he pulls the same scam as above, he refuses to go into the hotel and just want to drop me by the gate. I know if I get out, I'll have to wave goodbye to my bag. The hotel staff is now trying to find me, at which point the taxi driver u-turns and speeds out of there with me in the backseat. What I left out is that I'm 5 months pregnant and getting a bit distressed. He speeds into traffic, all the while I'm still on the phone with the concierge who's trying to get my coordinates. The driver takes me to a Bank and demands I take out money. So, now we are in extortion mode, but he doesn't drive into the bank he pulls over at the side of the street and indicates I have to cross the road. Again, abandoning my luggage, which I at this point am close to saying goodbye to. I am still on the phone with the concierge who says they will send a car to help me (I am able to give them my coordinates based on nearby businesses). I have the concierge talk to the taxi driver on several occasions, but after a while he just hangs up the phone when I hand it to him, and I have to redial. The driver realize that I will not go to the Bank and he then drives off again. Now he enters negotiation mode and suggest I pay him RMB 200. I keep telling him "I will pay, but go to hotel". He offers RMB 100. I say "go to hotel, I will pay". Again, back at the gate, he doesn't go in. He uses a translation service on his phone to tell me that "his time is not worth 100 and he wants more". I tell him, get my bag out, and I'd give him what I have. After some more anger and back and forth he finally pops the trunk, gets the bag and I get him the money RMB 140 for a drive from terminal 2 to terminal 3. In all the years I've traveled and all the countries I've visited, this has been the most disturbing experience. One important point to take away is that even if a cab is considered legit, they may not be, and when you get one from the airport you are at their mercy. I took the taxi ID, but didn't get the plate. I will report this to my local work office tomorrow, which will take the appropriate action if they can. My biggest regret... That I didn't keep the luggage with me. I often do, but this time I didn't.

My husband and I were scammed in Beijing last week, we gave the taxi driver the right money he gave it back saying it was counterfeit, saying give him new notes, so he had us giving him 100 yuan notes, giving them back to us saying they were counterfeit, when we got back into the hotel we told them about it they checked our money through the machine and they were all counterfeit, so he had swooped them, so we got scammed out of 900 yuan, make sure you have two purses one with just small notes, do not let them see you have any 100 notes, that is what they are after not the small notes, we made the mistake of not taking a picture of his licence and registration number,etc next time we will take a photo before we get in the cab, so please be careful if you use taxis in Beijing

I just want to add that Lucky should have taken #1 subway to Dawanglu station and then walked a few minutes. No scam, no cheating, no grief, cost about 50 cents. :) 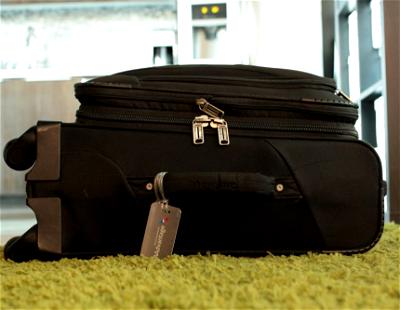 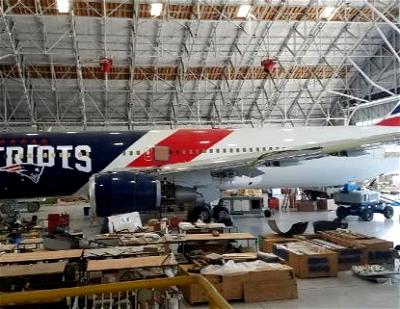