American Airlines has today announced plans to resume more inflight service on domestic flights. Delta recently made a similar announcement, and it looks like American is largely following, so let’s go over what’s changing.

First I should mention that American’s face covering policy isn’t changing, and customers will be allowed to just briefly remove their face covering to eat or drink, and they’ll be reminded of this policy onboard.

As of May 1, 2021, American Airlines will reintroduce full beverage service in first class on domestic flights. This includes alcohol, canned drinks, juice, and water.

In reality this is the status quo, practically speaking, so it’s not much of an announcement. American’s domestic first class beverage service is technically currently “on request,” though you can order whatever you want whenever you want, and the full drink selection is available (though served in plastic cups).

There were always some flight attendants who wouldn’t offer anything unless specifically asked, though that was the exception rather than the norm. Personally I don’t really view this as much of a change.

The much bigger adjustment was that American recently improved catering in domestic first class on flights of over 2,200 miles. 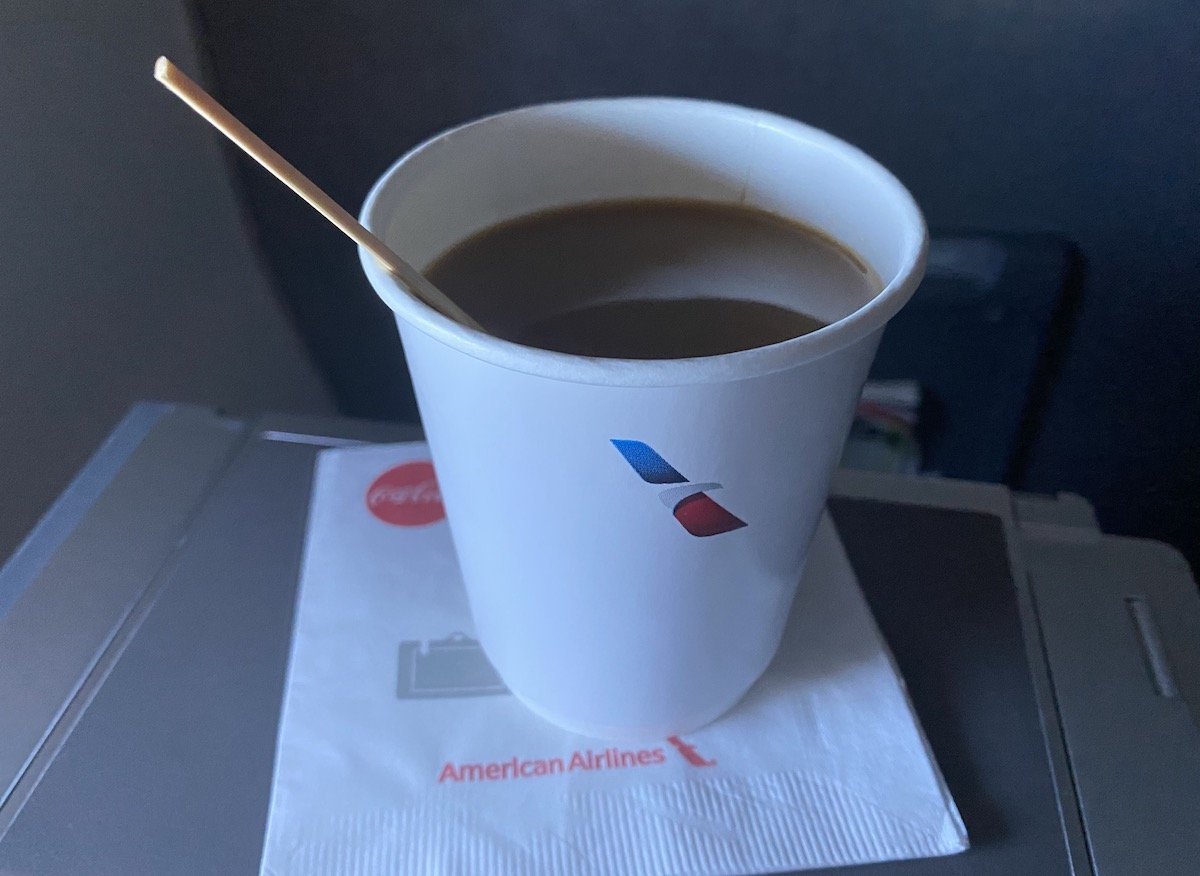 American will continue to offer beverage service in first class

As of June 1, you can expect complimentary beverages to include canned drinks, juice, and water, and there will always be complimentary snacks, like pretzels or Biscoffs. 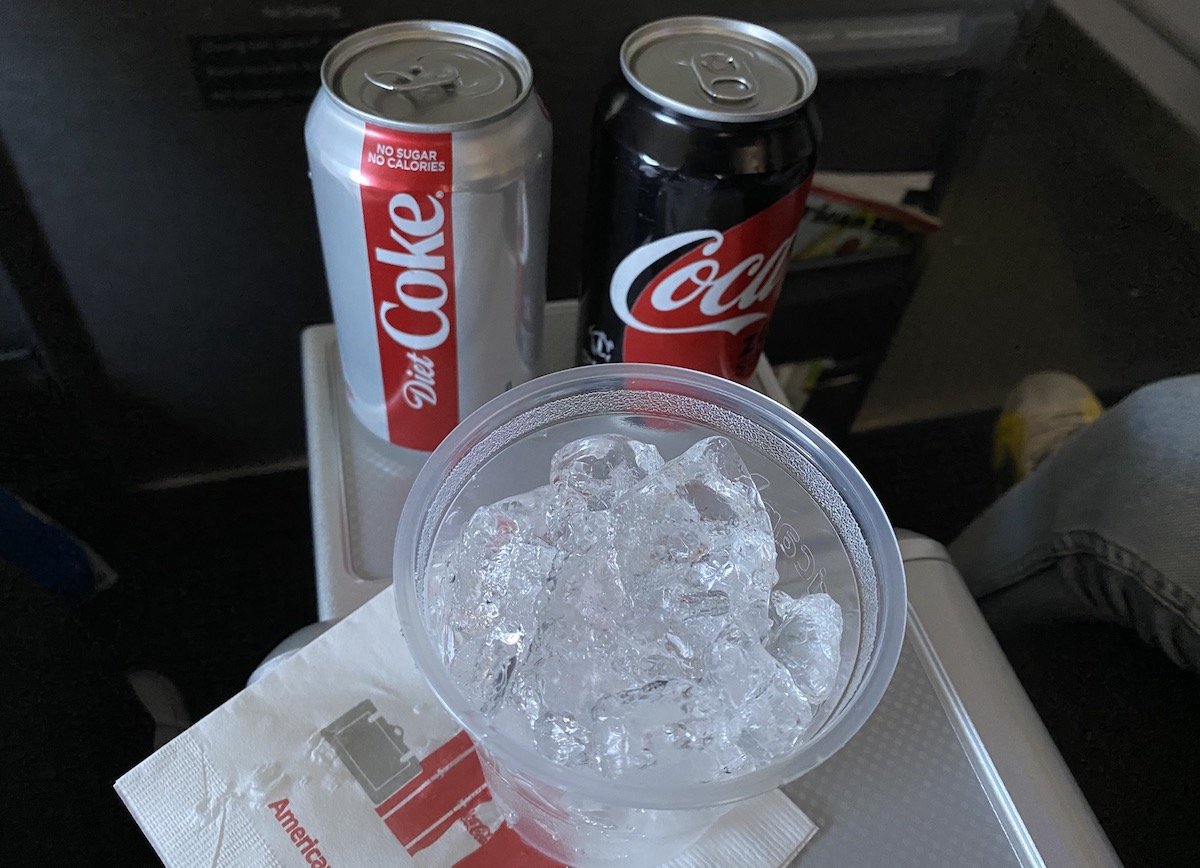 As of later this summer, the full main cabin beverage service will return. This includes items available for purchase (through the buy-on-board menu), like alcoholic drinks, as well as American’s food options for purchase. 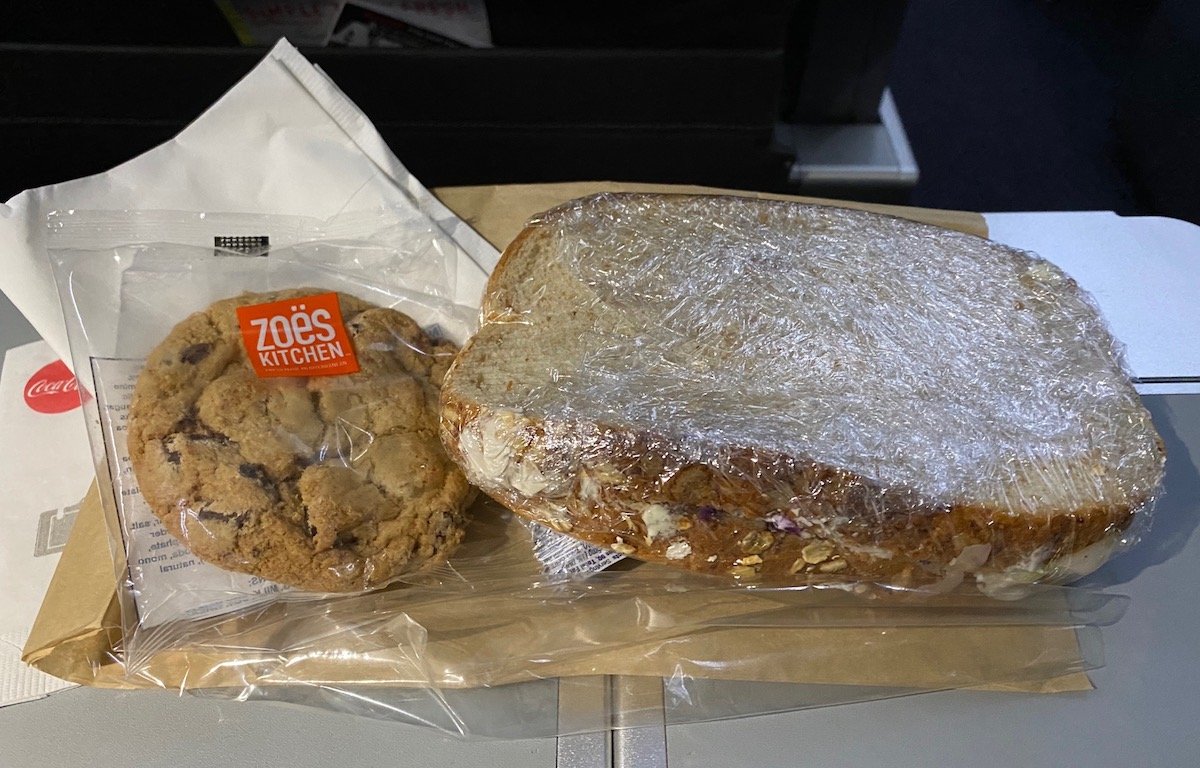 What’s noticeably absent from this announcement

It’s interesting that there’s no mention in American’s updates about more of a food service resuming in first class. While I wasn’t necessarily expecting an exact date for this, there’s not even a mention of this being on the horizon.

That’s no coincidence, if you ask me — American’s leadership has made it clear that service in first class will likely never be the same. As it was described, the pandemic has given American the chance to “re-think” meal service in first class, and to “bring back something that still has a premium feel but is different and more modern.”

So yeah, I wouldn’t expect a whole lot on that front.

American Airlines has revealed plans to resume more inflight service. The most significant updates are that an economy beverage service will resume as of June 1, 2021, and then later this summer a full buy-on-board service will resume in economy, including alcohol and food.

What do you make of American Airlines’ updates to service in economy?

Flying phil to Phoenix. Are they serving meals. On this flight and if not can I bring something to eat

I fly first class every personal flight, probably 12-15 round trips overall, and can tell you that the plan to reduce first class meal service. Right now, on longer flights like Charlotte to Vegas you get either a cheese/fruit (which is three hunks of cheese and six grapes with some crackers) or a barely edible sandwich. American, when questioned, claims the elimination of meals was a safety thing, but it is clear now it is a cost cutting measure to maximize profits at the expense of first class service. They claim they are going more modern, but the word is cheap. Have been with American for 11 years, but have recently been offered an office change that would take me to a United hub and will definitely be changing airlines if I do. Very very pathetic treatment.

Was on ORD-HLN in 1ST a week ago and was served two hot meals, I was like this must totally be off as I have not had a hot meal on AA since Feb 2020. Salmon Hash Dinner Eggs and Turkey Sausage Breakfast Plus the old school snacks we used to get on American Egale. Short lived but reminded me of the god old days. :)