I think the answer is a strong “no,” but I did want to address this topic nonetheless…

The theory for American Airlines’ bankruptcy

The argument for American Airlines apparently being headed into bankruptcy comes down to a few things:

It’s interesting to compare the level of alarm we’re seeing from US airline executives. United President Scott Kirby is taking a doomsday approach to the current situation, noting that he’d rather the airline responds too much rather than too little.

Meanwhile American CEO Doug Parker seems to be taking more of a “we’ll be fine” approach. 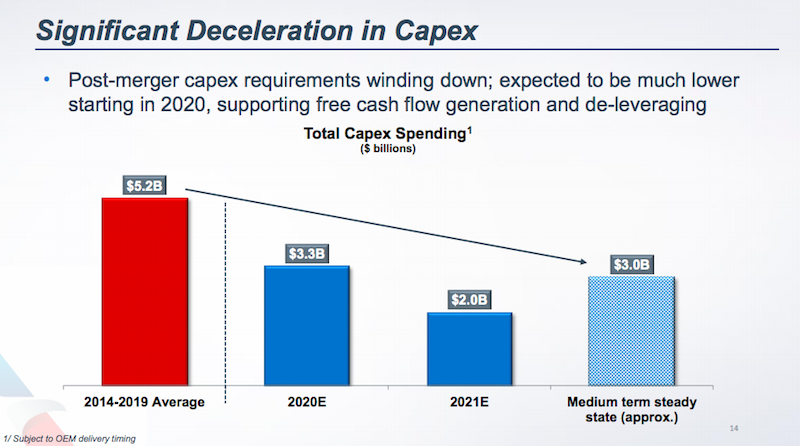 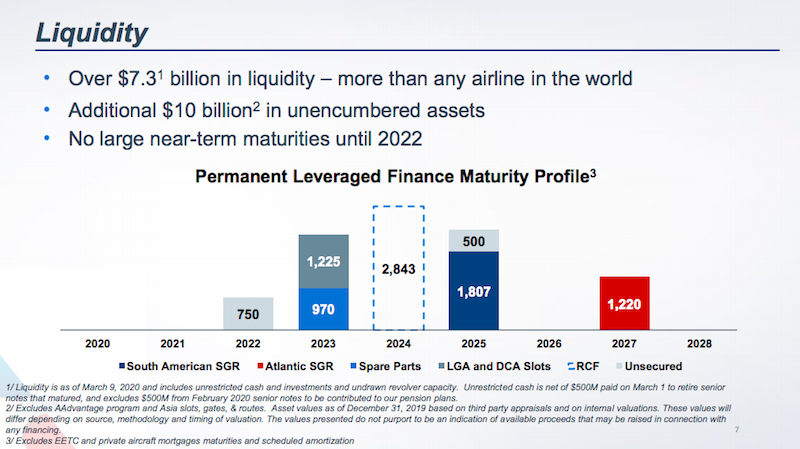 Again, let me note that the above is all Parker’s perspective on things.

My take on American’s situation

Look, it’s no secret that I don’t have a love affair with American’s management. I thought it was laughable when Parker said that the company would make a minimum of $3 billion in profits per year, even in bad years.

But I think it’s way too early to suggest that American is headed for bankruptcy. There are a few considerations here:

We don’t know how long the current situation will last

But how long will this last? Will the world go into lockdown for a few weeks? For a few months? For a few years?

This seems like more of a question for scientists and doctors than for Wall Street (and I’m none of those things), and even those who know the most have varying opinions on how this will develop.

Airlines are in a different position than a decade ago

As much as consumers might not like US airlines, I think there’s no denying that they’ve fundamentally transformed since the last round of bankruptcies.

While we might not like some of the changes as consumers, the industry has come a long way.

Oil prices are in free fall, and that certainly helps airlines a lot. Of course low oil prices help more when there’s lots of demand for air travel, but at least American’s variable operating costs will be lowered…

American does have big contract negotiations ahead with both pilots and flight attendants, after wrapping up negotiations with mechanics. Call me naive, but I get the sense that there might at least temporarily be more of a “we’re all in it together” spirit now compared to 2011, when American was in bankruptcy.

The coronavirus situation truly is unprecedented, and I think even the otherwise tough unions might be a bit patient, or at least I don’t think this would be an issue that somehow pushes American over the edge.

Again, that might be naive on my part, but I don’t view labor as being the biggest challenge for American at the moment.

Of course airlines are in a really bad position right now. Furthermore, among US airlines, American has the highest debt by far. Still, I don’t think American is anywhere close to filing for bankruptcy, and I don’t think simply comparing 2011 debt levels to 2020 debt levels tells us all that much.

The industry has come a long way in transforming, and that includes American. What none of us really know is how long the impact of coronavirus will be felt in the airline industry (or perhaps the global economy on the whole).

What do you make of the claim that American is at risk of bankruptcy?

Unless I missed it, the glowing view of American Airlines management leaves out the "greed" factor that exposes a total disregard for sound, financial and fiduciary responsibility: stock buybacks since 2014 to the tune of $12.4 billion. Think competent, responsible executives would have said "let's hang onto this because we learned our lesson in 2008. And no self-serving buybacks." Could American use unencumbered, non-loaned $12.4 billion just about now? Much better to grab profits via inflated stock prices short-term than plan for the future of almost 130,000 employees. (Let's leave out the plethora of customers who will be stuck with worthless miles and vouchers should/when AA goes belly-up.) It's a pity the American public isn't educated on how executives really "manage" money coming in from profits, loans and bail-outs. It might make them wiser as well as sick.

Donald Trump said that he will back up the airline industry. If he did not say that I would say 99%, they will go to bankruptcy. Donald Trump is a big factor. I am sure Warren Buffet does not want to lose all his investments as well in the airline industry. They just want to see the prices low as much as possible and buy them all for sky rocket profit. Cash is the king. Probability analysis is showing that the price will be below at $4.05 for August 21, 2020 at the 70.04% probability. Hopefully, they will find the standard treatment until then. I am very optimistic they will find it until August.