At the beginning of 2021, Alaska Airlines announced that it would introduce a new elite tier in its Mileage Plan program. This announcement came around the same time that Alaska Airlines joined the oneworld alliance, which was a major development for the Seattle-based airline.

The details of Alaska’s new top tier elite status have now been revealed.

Alaska Mileage Plan’s new top tier status will be called MVP Gold 100K, and it will be introduced as of January 2022. With this new elite tier being added, Alaska Airlines will have four elite levels — MVP, MVP Gold, MVP Gold 75K, and MVP Gold 100K. Let’s go over the details of this new status.

The new Alaska MVP Gold 100K elite tier will require either 100,000 elite qualifying miles or 140 segments, plus at least 24 segments on Alaska Airlines.

Here’s a chart comparing elite requirements for all four tiers:

There’s nothing terribly surprising here, though it is worth noting just how many segments are required on Alaska Airlines. It’s clear that Alaska wants its new top tier status to be for people who actually fly Alaska frequently, rather than members who primarily earn status through flying partner airlines. It’s also impressive to see Alaska continue to not have a revenue requirement for status.

All the other perks are the same as MVP Gold 75K status, including oneworld Emerald status, priority check-in and boarding, four Alaska upgrade vouchers per year, four Alaska Lounge passes annually, 50,000 bonus miles annually, etc. Ultimately I’d say these perks are exactly what I was expecting — MVP Gold 100K members will get higher upgrade priority, which could make a significant difference.

Why is Alaska introducing a new elite tier?

Alaska Mileage Plan introducing a new elite tier has little to do with the airline joining the oneworld alliance, and a lot more to do with Alaska Airlines’ new strategic partnership with American Airlines, which goes way beyond the two airlines both belonging to oneworld.

American Airlines is turning Seattle into an international gateway, with plans to offer flights to Bangalore, London, and Shanghai, with more to come. As part of this new cooperation, Alaska and American have introduced reciprocal upgrades for elite members, as the airlines want to create as much metal neutrality as possible. If this partnership is going to work, American AAdvantage elite members have to be treated well on Alaska Airlines, and vice versa.

In terms of upgrade prioritization, it makes a lot of sense for elite tiers to be aligned, so that members can be treated roughly equally on both airlines. With Alaska Airlines introducing a new elite tier at 100K miles, Alaska and American finally have aligned elite tiers.

So more than anything this is an attempt to align elite tiers between the two airlines. And frankly as an American Executive Platinum I’m thrilled to see the new MVP Gold 100K elite tier introduced, since my upgrade priority on Alaska is about to get even better, as I’d imagine Executive Platinum members will start to clear ahead of MVP Gold 75K members once the new perk is rolled out.

Alaska Airlines has now revealed the full details of its new elite tier, which will be called MVP Gold 100K. The new status will be introduced in early 2022, and as the name suggests, it will require earning 100,000 elite miles, and flying at least 24 segments on Alaska Airlines.

Most significantly, MVP Gold 100K members will receive 150% bonus miles, and will have top priority for upgrades, which is more or less what I was expecting.

The introduction of this tier seems to be largely about aligning tiers between Alaska Mileage Plan and American AAdvantage, which makes sense when you consider the close cooperation between the two airlines.

What do you make of the new Alaska Mileage Plan MVP Gold 100K tier?

The reciprocity isn’t working quite right still. I am a G75K and flew from ANC -MIA via SEA & DFW. At no point was I ever on the upgrade radar for AA leading up to and on the day of. When I arrived in Dallas, I asked an AA gate agent on the way out in DFW and she looked at me like I had two heads. Her partner made some calls and poof, upgraded. It was a wiiiiide open 787-8 from DFW-MIA, I should have cleared at least a day or two before, right? Same on the way back today. I called the MVP line and they seemed perplexed as well. The entire itinerary was purchased on AS. Still some bumps to be worked out.

Hey Curtis. I find myself in your boat as well. Did you ever get an answer as to what the "End of January 2022" means?

40+ AS flights this year. I'll make 100K simply because they rolled over 20K from last year and offer an additional %50 mileage bonus. I'll roll over 75k this week and should easily make 100k for the year. Seems like a marginal bump in tier benefits over 75k. I rarely make 75k, but do occasionally, always 40k though. This will likely be my first and last year at 100k, but the additional benefits seem marginal to me. For me, the most important benefit is zero change fees. Everything else is just a perk since I never use my miles (usually donate them) and can live with premium class because most flights in Alaska are 2hrs or less.......... End result............................whatever....... been an AK air mileage member since 1987 but it's not the same airline it was back then........sad really. 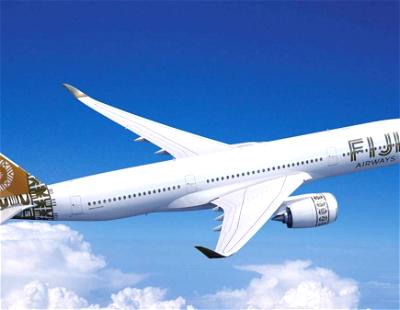 7
You Can Now Redeem Alaska Miles On Iberia