I’ve written in the past about lifetime hotel elite status, including with Hilton Honors, Marriott Bonvoy, and World of Hyatt. Now I’m taking a look at the lifetime status tiers offered by major airlines in the United States.

In addition to the status, you’ll be able to select a one-time gift from a custom catalog, which will be emailed to you upon earning the status.

While the above covers the basics of Alaska’s million miler program, let me answer some of the questions people may have about the program.

Can you earn lifetime Alaska status with credit card spending?

Nope, you can earn lifetime status exclusively through how many miles you fly on Alaska Airlines. Spending on Alaska’s co-branded credit cards doesn’t count towards lifetime status.

How can you track your Alaska million miler status progress?

When you log into your Mileage Plan account just scroll down, and you’ll see a section that shows your lifetime Alaska miles, which would be the miles that count towards million miler status.

Miles towards million miler status will continue to accrue over the lifetime of your account. Unlike elite qualifying miles, they don’t reset each calendar year.

Also keep in mind that miles towards million miler status are completely separate from redeemable miles, as you can’t use million miler miles towards anything. It’s simply a tally of how many total miles you’ve flown on Alaska Airlines over the years.

Alaska Airlines is introducing a new top-tier MVP Gold 100K status as of 2022. As of now there’s no way to earn lifetime MVP Gold 100K status. We’ll have to stay tuned, because I wouldn’t be surprised if it’s eventually offered to three million milers.

What are the benefits of Alaska MVP Gold & MVP Gold 75K status?

Some of the most popular benefits of Alaska MVP Gold 75K status include:

1.7M miles lifetime. I dont think I will get to the 2M miles. I LOVE ALASKA

Recently reached my Million Miler status 2021 which was to be reached in 2020. Covid interrupted the flow. I’m a committed Alaska costumer; for me and my business, the flexibility to make changes without fees made it a win-win situation. Over the years I also (seat time) secured 500,000 on Delta it would be nice if there could be combo! I’d be on to my way towards 2nd MMer.

My spouse and I are Million Milers. It was fun to be on her qualifying flight. It was more festive than mine. Looking forward to the next 900000 to 2 MM. Covid is slowing down attaining LT 75k status, but we’ll get there in nine to ten years. 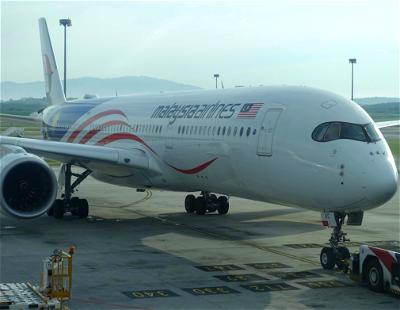