Over the years there have been several innovations that have made the travel experience easier for frequent flyers. These range from government programs like TSA PreCheck and Global Entry, to private programs like CLEAR.

In this post, I wanted to take a closer look at TSA PreCheck. How does it work, how much does it cost, which airlines participate, etc.?

TSA PreCheck offers expedited security at airports in the United States. This is available to eligible travelers who belong to a Trusted Traveler Program (TTP), including TSA PreCheck, Global Entry, and NEXUS.

When using a TSA PreCheck lane you don’t have to take off your shoes, and also don’t have to take your laptop or liquids out of your bag. Furthermore, you get to go through the metal detector rather than through the full-body scanner. Because of this being a streamlined process with generally more experienced flyers, you’ll also find that the lines move much more quickly.

At what airports is TSA PreCheck available?

TSA PreCheck is available at a vast majority of commercial airports in the United States. The TSA’s website has a handy tool where you can check PreCheck availability and hours for airport terminals throughout the country. As you can see, it’s not available at all terminals at all hours.

Note that if a TSA PreCheck lane isn’t open but you have TSA PreCheck, you’ll typically be given a card that allows you to keep on your shoes and go through the metal detector rather than the full body scanner, while still using the “standard” lane.

How do you apply for TSA PreCheck?

It takes five minutes to submit an online application, and then you need to schedule an in-person appointment that includes a background check and fingerprinting at an enrollment center. The good news is that there are plenty of enrollment centers, so you don’t have to go anywhere close to an airport to enroll.

A bit later I’ll talk about the merits of applying for TSA PreCheck vs. Global Entry.

How much does TSA PreCheck cost?

A five year TSA PreCheck membership costs $78, which is pretty reasonable. Fortunately there are lots of premium credit cards that offer a reimbursement for TSA PreCheck or Global Entry, so if you’re into credit cards, this shouldn’t cost you anything.

Note that you just have to charge the enrollment fee to your card, and then it will automatically be reimbursed if you’re eligible. If you have multiple of these credits, you can even use them for family and friends.

One statement credit every 4 or 4.5 years* (every 4.5 years for the application fee for TSA PreCheck® and every 4 years for Global Entry) Authorized users also eligible

The Platinum Card® from American Express
Learn More
One statement credit every 4 or 4.5 years* (every 4.5 years for the application fee for TSA PreCheck® and every 4 years for Global Entry) Authorized users also eligible

Capital One Spark Miles for Business
Learn More
One statement credit per account, every five years

How long is TSA PreCheck valid for?

TSA PreCheck is valid for five years once you’re approved. You can start the process of renewing it within six months of the expiration date. There’s no disadvantage to renewing early, since five years will be added to your previous expiration date. You don’t typically need to go anywhere in person when renewing, which makes things a bit easier at least.

Is TSA PreCheck only available on certain airlines?

In order to use TSA PreCheck, you have to fly a TSA PreCheck participating airline. This includes virtually all airlines in the United States, plus a vast majority of airlines offering service to the United States. There are some notable exclusions, though, ranging from Fiji Airways to Iberia.

Do kids need their own TSA PreCheck?

Each person needs their own TSA PreCheck enrollment in order to use the lane. The only exception is that parents can take their children through TSA PreCheck with them, assuming they’re 12 or younger.

How can you ensure you get TSA PreCheck?

Back when TSA PreCheck was first launched, many travelers were randomly given PreCheck, even though they hadn’t enrolled in the program. That’s no longer frequently the case, so if you want TSA PreCheck privileges, you’ll have to enroll in a Trusted Traveler Program.

However, you don’t just need to enroll in a program, but when you book your ticket you need to make sure you also include your Known Traveler Number (KTN) on the reservation. Virtually every airline flying to the US that participates in the program should let you add this, and this is what determines your eligibility for TSA PreCheck.

If you forget to include your Known Traveler Number at the time of booking, don’t worry. You can add it at a later point, either my managing your reservation online, or even during check-in.

Note that even when you have a Known Traveler Number, you may sometimes be randomly selected to not have access to this. That’s especially true if you get secondary security, which is denoted by an “SSSS” on your boarding pass.

TSA PreCheck vs. Global Entry vs. Nexus vs. CLEAR

Global Entry, TSA PreCheck, and NEXUS, are all Trusted Traveler Programs, and are substitutes for one another:

Each program gives you a Known Traveler Number, which is why any of those programs could get you TSA PreCheck privileges. Let’s take a closer look at the details of each of these programs.

What is Global Entry?

Global Entry is a parallel program to TSA PreCheck, though it has different benefits. Global Entry gets you expedited customs & immigration when returning to the United States from abroad, regardless of which airline you’re flying. You can use a kiosk at immigration, and thanks to your biometric data being on file, you’ll be on your way quickly.

NEXUS not only gets you TSA PreCheck and Global Entry, but also gets you expedited immigration in Canada. Interestingly NEXUS is the cheapest of these programs at $50, so what’s the catch?

In the interest of being thorough, it’s also worth mentioning CLEAR. This is separate from TSA PreCheck and Global Entry, and isn’t run by the government. CLEAR is a technology company that stores biometric data to expedite clearing security at airports, and at select stadiums and other venues.

Is TSA PreCheck worth it?

If you ask me, TSA PreCheck is probably the single thing that has most improved the travel experience within the United States in a long time. Having access to TSA PreCheck is essentially like having access to a priority security line. And even though enrollment has become really widespread, I still consistently find PreCheck lines to be much shorter than standard security lines.

Now, a few things to note:

TSA PreCheck and Global Entry are awesome programs that can make the airport experience much more pleasant for frequent travelers.

The best part is that there are quite a few credit cards that give you a statement credit toward this, meaning you can sign up without paying anything out of pocket.

If you have TSA PreCheck, what has your experience been?

We applied and paid for clear, ut how do we get a number which sok far we didn't get???

NEXUS is only useful for Canadian travel. I think if I did not have a credit card to pay for the expenses I would not be applying for either Global Entry or Pre-Check. First, because now that there are computer machines for regular applicants the lines for US citizens normally are not as long as before. Back in the day it used to be faster for Global Entry for this reason. Often times the regular airport lines are shorter than Pre-Check and the TSA agents can be really obnoxious if the boarding pass isn't correct about it even if nobody is there. Besides many other people can use the pre-check lane anyway.

I am happy to have a NEXUS card, with which I take advantage of to cross the border into Canada (sometimes saving me over an hour at the border crossing), speed through the pre-check line, and use the Global Entry kiosks at airports when returning from overseas. All for $50, or $10 a year. Quite a bargain in my opinion. 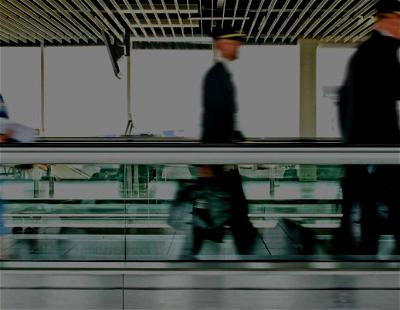 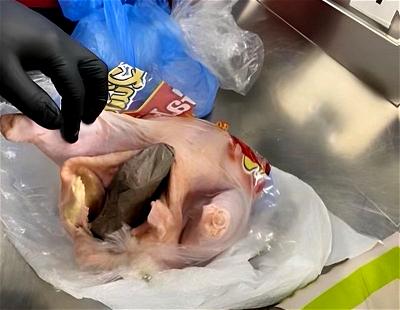