Last May plans were announced for Paine Field-Snohomish County Airport to open a passenger terminal.

Paine Field is home to Boeing’s Everett Factory, and up until now hasn’t been used for commercial flights. However, airlines started to see the potential for the airport, given how many residents there are North of Seattle (more than a million people live in the North Sound). Offering service out of this airport could save many people over an hour on their airport commute. Furthermore, SeaTac Airport is nearing capacity.

In order to minimize the environmental impact on the community, the airport is limiting itself to 24 daily arrivals and departures. Much to the airport’s surprise, this capacity was reached in no time, as Alaska, Southwest, and United, all announced plans to fly to Paine Field.

While flights were supposed to begin this fall, unfortunately the launch got pushed back, as the FAA required a new environmental impact assessment for the airport. It was expected that the airport would open in early 2019.

A couple of weeks ago Alaska Airlines began selling tickets for flights out of Paine Field, for travel as of February 11, 2019. The airline will operate flights to the following destinations:

At the same time we found out that Southwest Airlines changed their mind, and will no longer be flying to Paine Field, so all their slots were handed over to Alaska Airlines.

Here’s the schedule for the new service:

As you can see, the airline will exclusively use Embraer 175 aircraft for these routes, which is the same as what Alaska Airlines is doing. It’s a bit ironic that no Boeing aircraft will actually fly to Boeing’s home airport.

This adds some great flexibility. I do wish that Southwest followed through on their plans to fly to Paine Field, since two airlines isn’t all that much competition, and for the most part Alaska Airlines has these routes to themselves. Then again, I guess if fares get too high, there’s always SeaTac.

Does anyone plan on booking a flight out of Paine Field?

Embraer is 80% owned by Boeing.

"...so all their slots were handed over to Alaska Airlines." This is a shame, a duopoly isn't exactly ideal, even for a smaller airport. Giving Boeing's position as the largest employer in the area, would like to see someone fly Paine-Chicago (WN would have a great choice into MDW.) I'd love to visit the Boeing plant, so UA offering a connection at DEN works fine for me, so I'm going to try to use this soon.

2 posts up Google flights wasn’t showing anything on United. I looked up United's website and plugged in a random April date. There are 4 SFO and 2 DEN and the reverse of those 6 flights. I do plan to fly into PAE as a passenger just for the fun of it the next time I need to travel to the Seattle area. 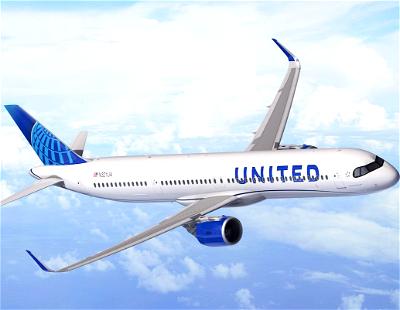