Uber requires everyone to wear masks

Uber has a policy requiring all drivers and passengers to wear masks, with few exceptions.

I haven’t had much firsthand experience with this up until now. For the first six months of the pandemic I used a ridesharing app twice — just to get to & from the airport for my one international trip. Both rides were uneventful.

However, since arriving in Germany I’ve been using Uber a bit more to get around, and my experiences up until this weekend were good — drivers not only wore masks, but there was a plastic shield between the front row and the back row. Between that and opening windows, it feels safe enough.

And then I had my ride yesterday.

My Uber driver was angry about wearing a mask

Yesterday afternoon Ford and I got in an Uber in Berlin. It was pouring rain, so wasn’t possible to open the windows, and this was also the first Uber I had been in since arriving in Germany where there wasn’t a plastic shield between the first and second row (I’m not sure if that’s a policy one way or another, or just something drivers do).

I sat immediately behind the driver, while Ford sat next to me. As we got in the Uber I saw that the driver put his mask on… and then 10 seconds after we got in he took it off. I couldn’t see it directly, but rather Ford was texting me about it.

About a minute into the ride the guy said (in German) “is everything okay?”

Ford politely said “could you please put on your mask?”

He huffed and responded “why, you think I have corona?”

At that point I explained to him that we don’t know who has coronavirus, and that it’s about taking precautions, and that Uber requires drivers and passengers to wear masks.

While he then put on the mask:

Given the instant Uber feedback loop, I’m a bit confused about why he was so argumentative about it. If he had just put on the mask I probably wouldn’t have reported him or given a bad review. But because he was so rude about it, I ended up giving him one star and reporting him for not wearing the mask.

For what it’s worth, he was the lowest rated Uber driver we’ve had in quite a while (4.6 stars), so I guess that doesn’t come as much of a surprise.

Apparently asking someone to wear a mask in line with a company’s policy is now the same as accusing them of having coronavirus. To be clear, to me this isn’t about whether you’re pro-mask or anti-mask.

It’s quite simple — Uber promises that drivers will wear masks, with limited exceptions. He put on the mask when we got in the car to indicate he was wearing a mask, but then took it off seconds later. And then he tried to argue back when confronted about it, and I’m not sure what exactly he was trying to accomplish with that…

If you’ve used a ridesharing app during the pandemic, did you have any mask incidents? How did they go?

Share
Tweet
Conversations (133)
The comments on this page have not been provided, reviewed, approved or otherwise endorsed by any advertiser, and it is not an advertiser's responsibility to ensure posts and/or questions are answered.
Write a comment
Cancel reply
Report a Comment
Thanks for letting us know!

Submitting...
Featured Comments
View all comments (133)
Write a comment
Most helpful comments ( as chosen by the OMAAT community ).

I'm a driver. Had a customer 1-star me last weekend for enforcing mask mandate. Worst part is I don't even know who it was because I had two of them bitching about it. I hear a lot of people whining about how other drivers don't make them wear the masks. I wish they'd go back to making us take a picture with a mask on before letting us log on. Side Note: I don't take "I didn't bring a mask" as an excuse. I carry disposable masks for just that reason.

@Ben thank you for posting this. Uber definitely does not enforce its safety precautions, unless maybe you are a premium member. I posted something on Reddit about this and the comments stated things like maybe get a car, or don't go out. When paying for a service, you expect to receive what they promise- whether or not the driver agrees with it or not. As passengers, we paid our fare and covered our faces fully. Yet our driver had an issue abiding by his agreement as well. If the solution were as simple as buying a car, we wouldn't be using uber at all. I'll be looking for better alternatives. Stay safe. 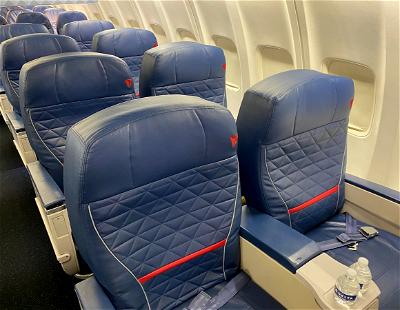 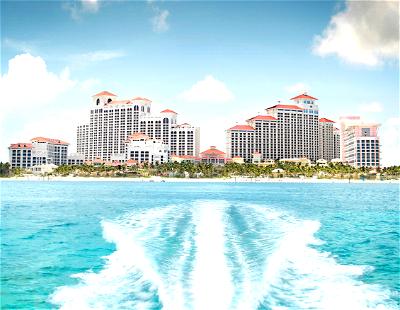 29
Hmmm: Baha Mar Promises Private Jet If You Get Coronavirus