A week ago several Gulf countries cut ties with Qatar, which certainly caught a lot of us off guard. One of the implications of this is that Qatar Airways has been forced to discontinue all flights to Saudi Arabia, the UAE, and Bahrain. It goes beyond that, though. The UAE isn’t even letting non-Qatari planes use UAE airspace if they’re flying to or from Doha. Heck, in the UAE “sympathizing with Qatar” is even punishable by a jail sentence of up to 15 years.

Qatar Airways’ own lounges are among the best in the world, especially at outstations. I flew out of Dubai Airport Terminal 1 today, and I’m sure I’m not the only person who was curious how the airport authority has chosen to handle the Qatar Airways Lounge. It goes without saying that the lounge is closed, but to what lengths did they go to pretend it never existed? Well, quite some lengths, at least in some ways. 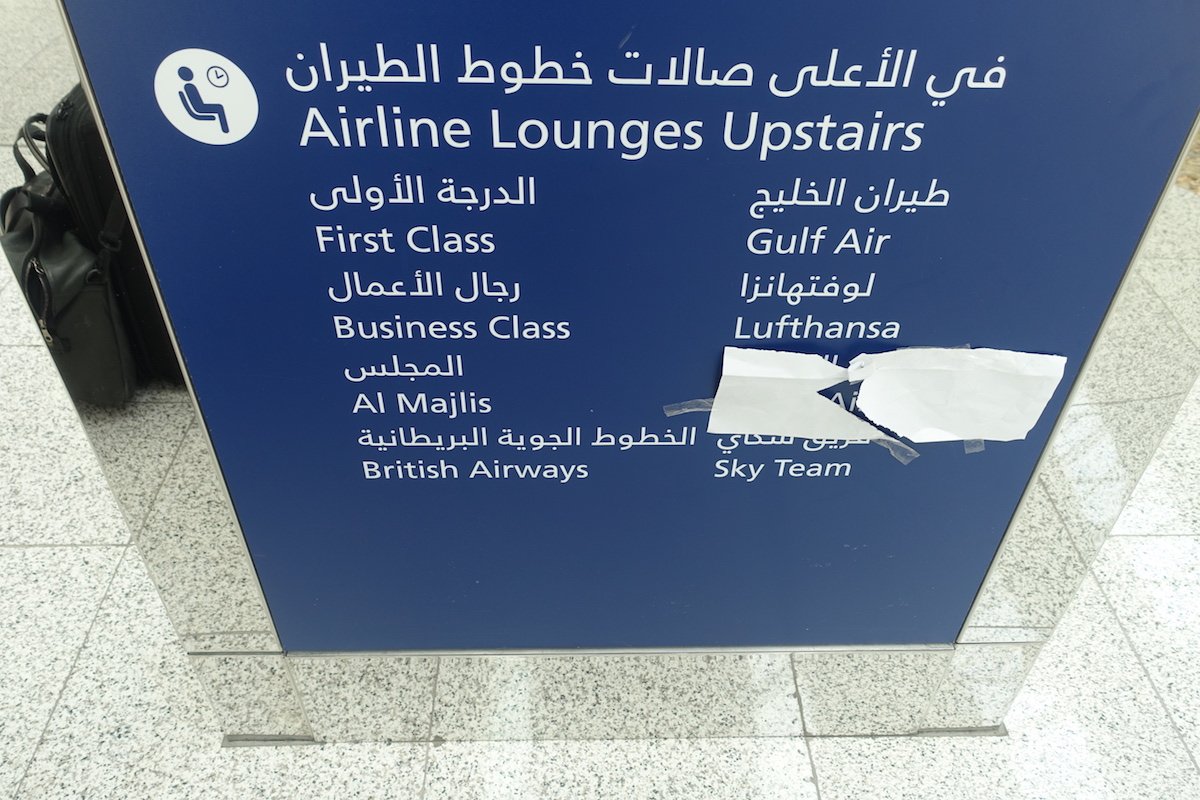 …and also on the terminal map. 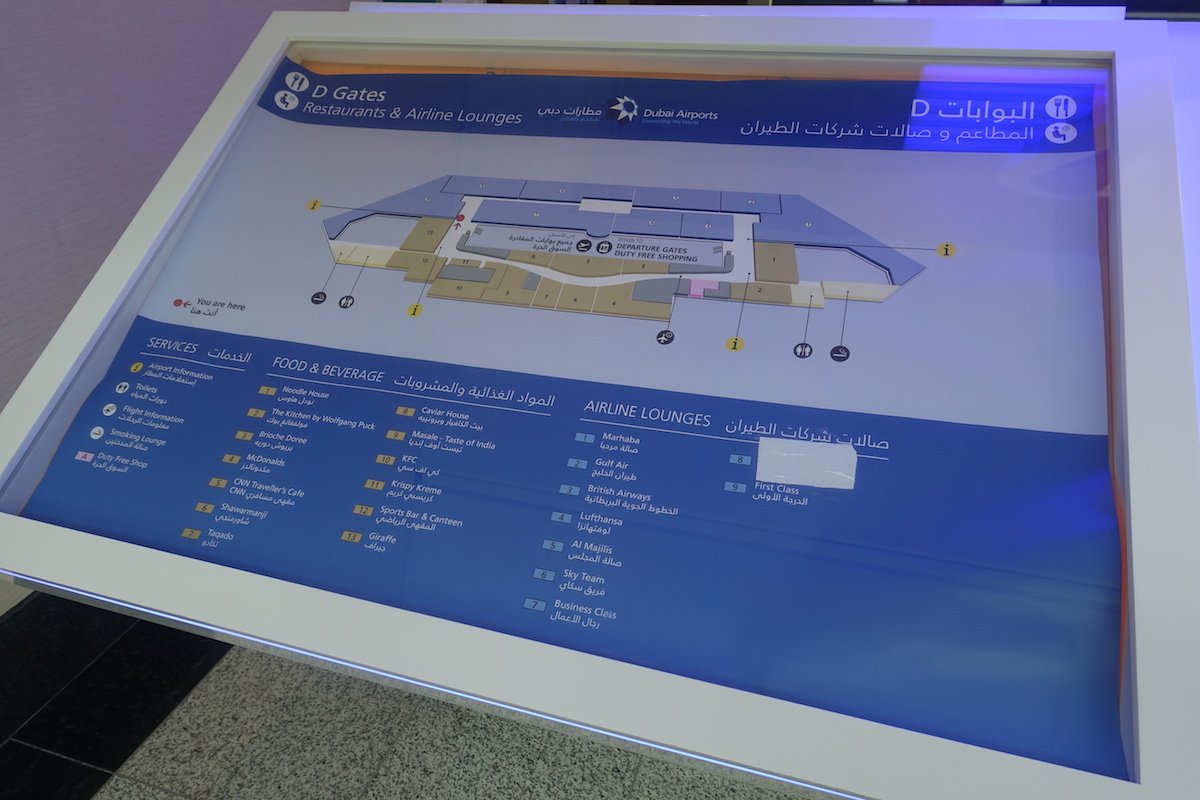 However, they did a significantly less shoddy job masking that the actual lounge ever existed. They removed all the lettering from the outside of the lounge (previously it had Qatar’s name on it), and the only thing remaining is the oneworld logo with a black line drawn through it to cover the word “oneworld.”

The lounge had a sign on it that simply said “CLOSED.” 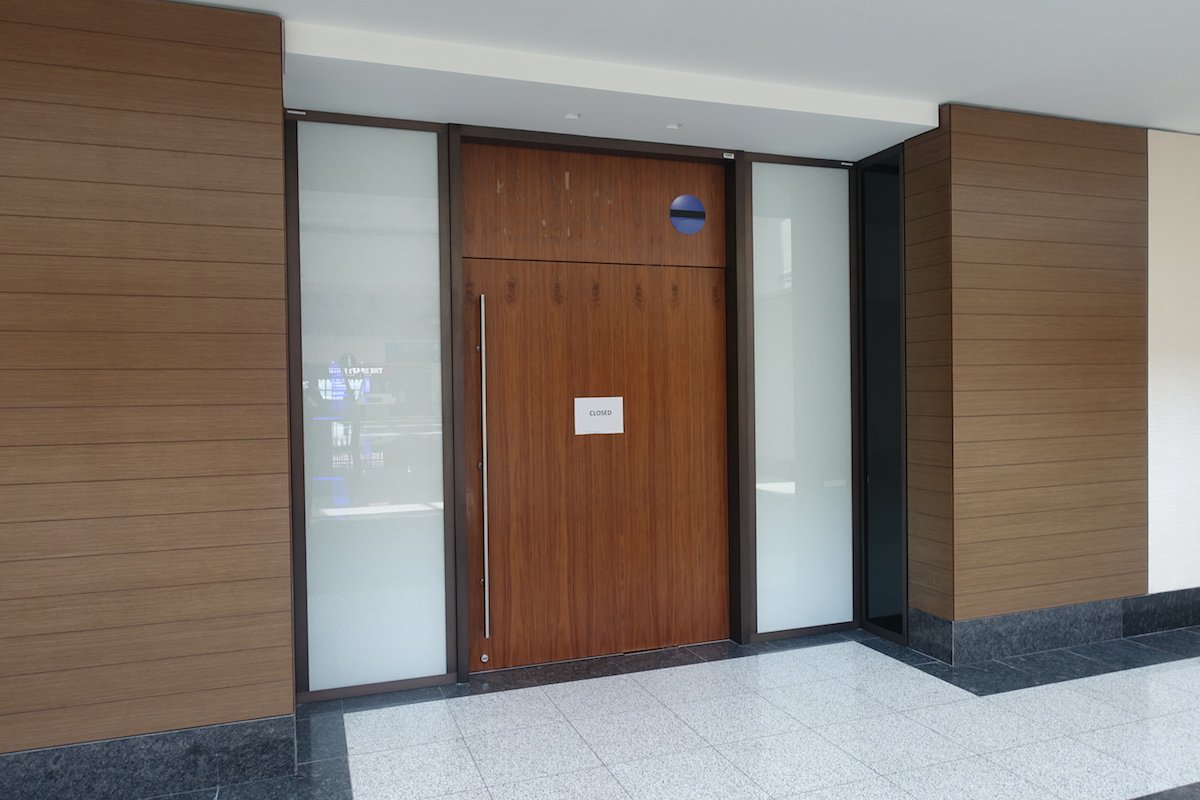 As a point of comparison, here’s what the lounge looked like when it opened: 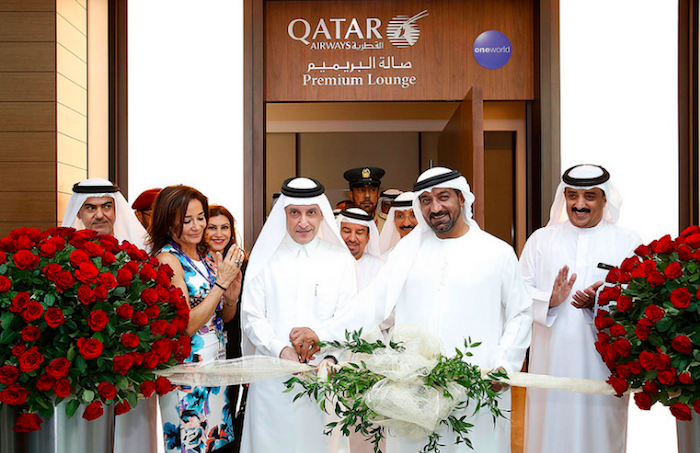 Wow! When this started I’m sure many of us were wondering whether this would be a 24 hour conflict or maybe a decade long conflict. It’s certainly not the former. I do find it interesting that they chose to remove the actual lettering from the lounge, rather than just cover it with something, which suggests to me that they’re not expecting this to be a temporary thing. Then again, it could also be primarily to send a message to Qatar.

You know, when it comes to the closer of aerospace, there are loop holes to it. Companies often register there aircrafts offshore to avoid these political problems.

You know, all is is politically motavited. Its all about politics and loyalty thats why

Yeah Schar, which terrorist organisations, name them and I will support this reprehensible move by Saudia and UAE. I am 100% with @StevenM and @GUWonder, I will continue to support QR, they are a cut-above the far too big EK and the try-hard's at EY ( I think they are on the verge of collapse after their "investments" in AZ and AB, LOL ) Who was responsible for those decisions? Get rid of her! LOL. Supporting QR causes minor inconvenience and like I said the other day, Fuck the UAE and Fuck Saudia. 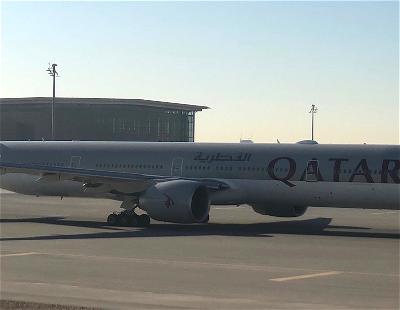