Talk about a major evolution…

59-year-old Al Baker has been CEO of Qatar Airways since 1997, making him the longest serving CEO of any oneworld airline.

Here’s what Al Baker had to say about his new role:

“I am honoured to have been chosen by my fellow board members to head the oneworld alliance governing board at a time when the industry is facing its biggest challenge.

To represent and lead the oneworld alliance is a tremendous privilege, and I am grateful for the opportunity to represent an alliance that has played a pivotal role in maintaining global connectivity to support the transportation of essential workers, medical equipment and aid supplies throughout the pandemic.” 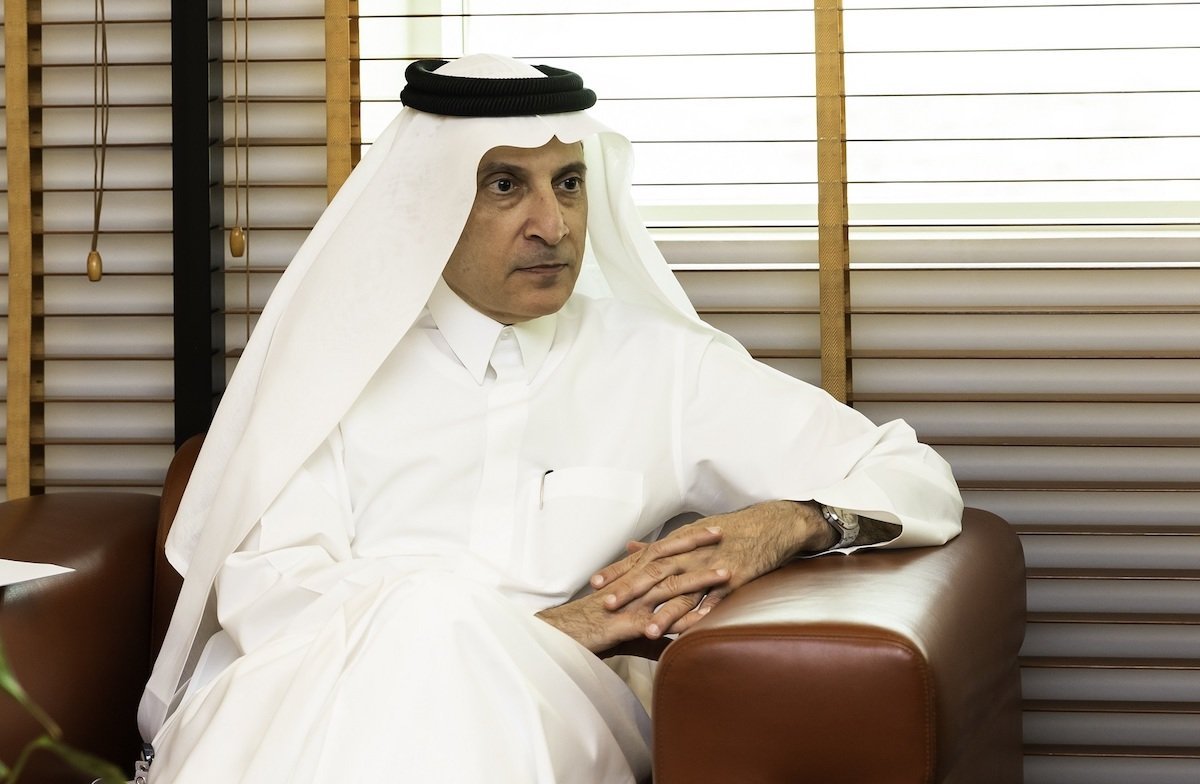 Why this is a significant development

Qatar Airways joined the oneworld alliance in 2013, which was a pretty significant development, as the Doha-based airline was the only one of the “big three” Gulf carriers to join a global airline alliance.

However, from 2015 to 2019, Al Baker consistently threatened to have his airline leave the oneworld alliance:

For example, here’s what Al Baker said about oneworld in early 2019:

“About oneworld, it was not a rumor, you heard it from me. And we have given them a breathing space to get their act together. You see when you invite somebody, you invite me, to your house, and then you tell me that I can not drink the water from the glass I have to drink from the tap, and then you tell me that we will not give you any food, we will only give you bread and water. This is not why you invited me to your house. You invited me to your house as your guest, and as somebody that you respect.

We in the matter of a month or two will give you the news if we are going to stay or we are going to withdraw. And I think it is the latter that will happen. Since the people that invited us are now constantly targeting us and our growth.”

For a long time American Airlines was campaigning against Qatar Airways

It’s fantastic to see how much the situation has changed recently, and the extent to which Qatar Airways is now committed to the oneworld alliance. American Airlines and Qatar Airways are now partnering closely together, and there’s no bad blood anymore. On top of that, new oneworld entrant Alaska Airlines also has a great partnership with Qatar Airways.

Personally I view Qatar Airways’ oneworld membership as a major competitive advantage over Emirates from a frequent flyer perspective.

Qatar Airways CEO Akbar Al Baker has been appointed chairman of the oneworld alliance, which is really cool to see when you consider what Al Baker’s stance was on the alliance just a couple of years ago.

Fortunately a lot has changed for the better, including American Airlines actually working together with Qatar Airways, rather than campaigning against the airline.

What do you make of Al Baker’s appointment as oneworld chairman?

Sir how can i cotect you i want to cotect u regrading my brother Syed Mateen Ahmed job he was working in qatir airway but unfortunately he loss his job during qator suadi conflict. Respected sir he is with his 3 kidz and he is so financially broken plz do something for his job we all will be always grateful to you Regards His sister Rabia

He fired most senior pilots from the company he is basically making all the employees slave , so if you guys like the customer service that is because you guys like to have slaves. Grow up. We need to ban qatar airways if you care about employees rather than service.

@DenB® and @flyinryan : very well said - thank you :) I flew Qatar quite a few times. Never disappointed. Not in coach. Not in business. Service consistently better than on AA, BA and above all Iberia ;-) The guy can be loud and direct? fantastic, let's hope he has something to prove and will deliver. We are paying guests so I suppose we deserve respect, good food and a great service. Interesting move in any case...

45
Qatar Airways Argues It’s Unethical To Fly The A380