The oneworld alliance has announced plans to move its headquarters. I’m not reading too much into this, but maybe I’m just naive.

As of December 2022, the oneworld alliance will move its global headquarters to the Dallas-Fort Worth region. Specifically, the company will be moving to American Airlines’ 300-acre Robert L. Crandall Campus (known as Skyview), adjacent to Dallas Fort Worth International Airport (DFW).

For context, the oneworld alliance was founded in 1999, and the alliance’s central management team was initially based in Vancouver, before moving to New York in 2011.

As it’s described, moving to the headquarters of the largest airline in the world “will further accelerate the alliance’s drive to deliver greater value for its member airlines and customers.” Furthermore, it’s claimed that this will allow the alliance to tap into the significant aviation talent pool in Texas, as it’s the state with the most air transportation jobs.

“As our industry recovers from COVID-19, alliances and partnerships have continued to deepen. With our new home in Fort Worth, we anticipate even closer collaboration with American and our member airlines as we work side by side to further grow and strengthen oneworld.”

“It is a significant step to relocate our oneworld global headquarters to the state-of-the-art Robert L. Crandall Campus to be close to American Airlines, one of our founder members. Its home hub at Dallas Fort Worth International Airport is one of the largest airports in our alliance and serviced by eight members, demonstrating its unrivalled connectivity and importance to travellers as a global hub.”

Are there any implications to this move?

On the surface it seems logical for the oneworld alliance to move to the Dallas area, given that it’s the hub airport of the alliance’s largest airline. As a point of comparison, Star Alliance is based in Frankfurt (Lufthansa’s hub), while SkyTeam is based in Amsterdam (KLM’s hub).

In that sense, I always found the oneworld alliance’s headquarters to be a bit odd. The oneworld alliance was initially based in Vancouver, as Canadian Airlines was a founding member, until it was acquired by Air Canada, as it left the alliance within a year. Then the alliance moved to New York, which is of course a global business hub, but wasn’t a major hub for any oneworld airline (American has historically been the smallest of the “big three” US carriers in the NYC area).

Moving to American Airlines’ headquarters seems logical enough. Not only do I imagine this this will result in significant cost savings, but it’ll make it easier for the alliance to cooperate with its biggest member, American Airlines. If anything, the only surprise here is that the alliance isn’t moving to Doha. 😉

The oneworld alliance has in my opinion been the most impressive alliance in recent years. While other alliances have more or less given up on growing, oneworld continues to expand. Not only has oneworld added Alaska Airlines and Royal Air Maroc in the past couple of years, but the alliance is continuing to grow, with Oman Air expected to join soon.

The oneworld alliance will be moving its headquarters from New York to Fort Worth, Texas. This will presumably not only result in cost savings, but will also allow the alliance to be closer to its largest member airline. As consumers there shouldn’t be any major implications here.

What do you make of the oneworld alliance moving to Fort Worth?

Canadian Airlines International was a founding member of Oneworld.

Lots of major companies are moving out of the northeast. NY, NJ and CT better wake up and smell the tax breaks.

"A 2022 study released by national moving company United Van Lines ranked New York as third in the country for highest rates of outbound migration, with the number of residents leave the state almost double the number moving in." 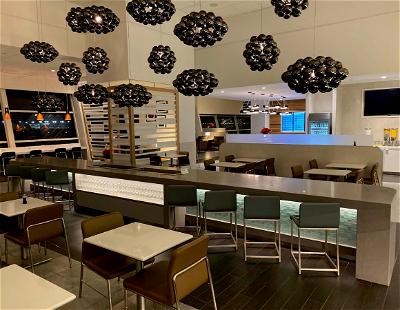 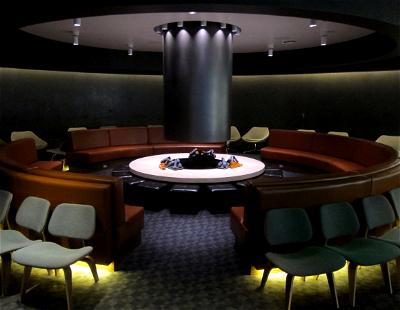 26
Oneworld Will Open Their Own Branded Lounges