Several days ago I wrote about how Cathay Pacific put a bunch of employees into a 21-day quarantine, after three pilots tested positive for coronavirus following a layover at the same hotel in Germany. A couple of days ago we learned that the three pilots who tested positive for coronavirus got fired for breaching the rules, and we now have more details of what exactly happened.

For context, earlier this month three Cathay Pacific cargo pilots tested positive for coronavirus after staying at the Hyatt Regency Mainz (just outside of Frankfurt) during a layover. What’s strange is that the three pilots tested positive on two separate trips, and apparently the two crews never interacted:

Hong Kong has a zero tolerance approach towards coronavirus, and as a result has incredibly strict entry requirements, including a mandatory 21-day quarantine. Crews are generally exempt from this, but they have to constantly get tested, and can’t leave their hotel rooms during layovers.

A couple of days ago Danny Lee from the South China Morning Post broke some interesting news regarding this situation — Cathay Pacific had fired the three pilots who tested positive for coronavirus, after an internal investigation revealed a “serious breach” during a layover. The airline released the following statement:

“After investigation into these cases, regrettably, the findings indicate a serious breach of requirements during crew overseas layovers. The individuals concerned are no longer employed by Cathay Pacific. We acknowledge the impact these incidents have had on all of our people, their families and the community, especially those who are now being quarantined at a government facility.”

The pilots involved in the first layover were 57 and 29 years old (747-8 pilot in your 20s, how cool… well, I guess former 747 pilot), and initially claimed they didn’t leave their hotel rooms or participate in any gatherings.

The Centre for Health Protection (CHP) has released an update regarding this situation. The good news is that 111 crew members who were in quarantine could be released shortly, based on the latest epidemiological information concerning the three cases above.

Furthermore, the genetic sequences of the three cases are highly similar, so it’s very likely that the pilots acquired the infection from each other or a common source outside the hotel, and the possibility of an outbreak in the hotel was relatively low.

I think my theory from the beginning of this story has turned out to be correct:

Did one of the pilots on the first layover recommend an activity or service that involved close contact with one specific person to the pilot on the second layover? To me something along those lines seems like the most likely explanation.

While I personally think Hong Kong’s zero coronavirus strategy is over the top at a time when we have vaccines that work really well, ultimately the pilots deserved their fate, in my opinion:

Let me be clear, I don’t at all envy the position Cathay Pacific pilots are in. It must be awful not to be able to leave your layover hotel for 20 months and even get some fresh air, but this is simply a reality they have to deal with. I wouldn’t want to be in their situation, but that’s just how it is right now.

Based on this story, I can’t help but wonder if Cathay Pacific’s policy about not leaving rooms is widely followed, or if it only becomes a problem if you get caught. Are just a tiny percent of pilots violating the rules, or is this more common than we’d assume, and they just typically don’t get caught because they don’t get infected?

Cathay Pacific has fired the three pilots who tested positive for coronavirus following a layover in Germany. Not only did they breach the airline policy by leaving their hotel rooms, but they then lied about it, leading to over 100 Cathay Pacific employees being put into quarantine.

I think firing these pilots is totally fair, and I’m at least happy that the Cathay Pacific staff who just happened to stay at the same hotel are being released from quarantine.

What do you make of this Cathay Pacific situation?

Every crew hotel contract I've signed has specific provisions for the hotel to turn over relevant phone records, CCTV footage, etc.. to the airline in case of an investigation. These are designed to aid accident investigations of course, but I could see that there is sufficient justification for those to be used in a situation like this too.

Fair or not, I feel like the regulations in HK are really getting out of hand to the point that it's becoming ridiculous and even dangerous. Pilots are also human beings and flying a plane is actual work, so time off should be actual time off. The hundreds of nose swabs and hours of isolation are taking a toll on everyone. And as if the general psychological strain and fear that comes with the current job situation would not be enough, pilots are now often working close to operationally legal limits. The whole thing is a heavy stress on the entire system. Everyone needs to finally learn to live with this virus instead of keeping up this never ending dystopian theater. 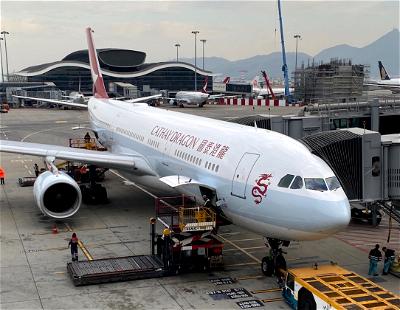 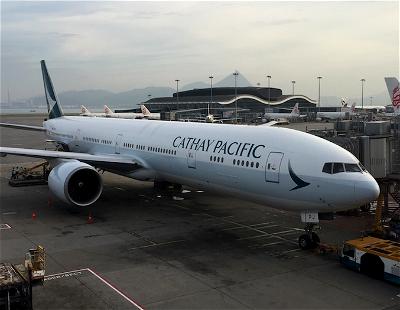