One of the most annoying trends in the hotel industry is resort fees, destination fees, facility fees… whatever you’d like to call them. Essentially these are added mandatory charges that hotels tack on to the room rate.

Hotels charge these fees for a variety of reasons:

Hotels are largely delusional about these fees, and the Hotel Association of New York has stated that guest “appreciate the value offered” by these fees.

While I’m not generally for the government getting involved in everything, I’ve long said that I think it would benefit consumers for the government to at least require hotels to be forced to advertise all-in pricing, just as they require of airlines. I’m not saying hotels shouldn’t be allowed to charge these fees, but rather that they have to be clearly disclosed.

Well, it looks like we may finally see some progress on this front.

District of Columbia Attorney General Karl Racine has today filed a lawsuit against Marriott for hiding the true price of hotel rooms from consumers and for charging hidden resort fees to increase profits.

He argues that this practice has harmed consumers, and he wants to force Marriott to advertise the true price for their hotels up-front, and also to provide monetary relief to DC consumers who have been harmed by this policy.

Attorney General Racine had the following to say:

“Marriott reaped hundreds of millions of dollars in profit by deceiving consumers about the true price of its hotel rooms. Bait-and-switch advertising and deceptive pricing practices are illegal. With this lawsuit, we are seeking monetary relief for tens of thousands of District consumers who paid hidden resort fees and to force Marriott to be fully transparent about their prices so consumers can make informed decisions when booking hotel rooms.”

The lawsuit notes that many people book hotels through comparison sites, so to lure customers, some hotels advertise daily rates that are lower than the true total price consumers will have to pay for a room. Then when consumers book, the hotel adds mandatory fees.

The lawsuit alleges that consumers have been harmed in the following ways:

This is a rough day for Marriott, between the fine they’re getting for their data breach, and now this lawsuit. I’m not sure why exactly Marriott is being targeted here over other hotel groups, because this is something many major hotel groups are guilty of.

(Tip of the hat to @JamesScott2, bo jangles, and many more)

Oh I see a class action suit coming on. Save your hotel receipts folks!

Good to see government flexing its muscle for good. The more regulation the better. If the 'free market' refuses to be free and needs to rely on deception and tricks, then they should be stomped into oblivion. Show the rates up front so we can decide to go somewhere else or remove the fees entirely and get your rooms booked again.

I used to max Hyatt, Hilton, but always Marriott first (well trying to not go over into unpublished program territory since there was far more benefit to have all options.) I still prefer Marriott (am sitting in my second property in two days typing this :).) It HAS seemed Marriott has been more egregious. Some properties tried to give Starbucks vouchers and things when almost everywhere had a new fee. And yes, I already get wi-fi and a a downtown business hotel I’d prefer to pay per use at the virtual bowling because...well don’t use things like that unless ACTUALLY at a resort. Where the fees cover nothing new. Preaching to the choir. But Marriott was the worst offender when the uptick started and continues to be in every way. 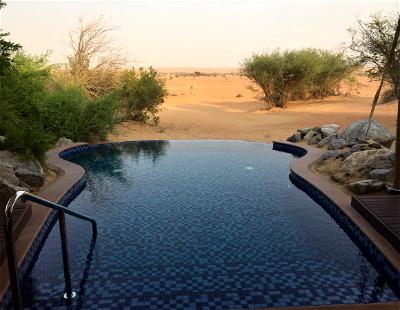