Airline & hotel loyalty programs will often sell miles & points directly to consumers. Some programs just sell points at a price that isn’t particularly lucrative, while other programs constantly have promotions, and generate tens of millions of dollars in revenue per year with this.

To many people this concept (understandably) seems strange — points are generally thought of as a reward for traveling or credit card spending, and not as something you buy directly. But the reality is that there’s so much potential with strategically buying points, especially if you like staying at five star hotels or flying first & business class.

Since I often write about promotions for buying points, I wanted to address this topic a bit more big picture. Under what circumstances can it make sense to buy points?

The value of buying points, in a nutshell

Let me start with a simple illustration of why buying points can be worth it, with one airline example and one hotel example.

On the hotel front, Hilton Honors often has promotions whereby points are sold for 0.5 cents each. When that promotion is around, you could buy 120,000 Hilton Honors points for $600. There are some nights where the Waldorf Astoria Maldives costs that many points, when the paid rate would be over $2,500 after factoring in all taxes and fees. By buying points, you can get over 75% off the cost of a hotel stay there.

On the airline front, Avianca LifeMiles often has promotions whereby points are sold for ~1.3 cents each. When that promotion is around, you could buy 87,000 LifeMiles for ~$1,130. Avianca is in the Star Alliance, and you could redeem that many miles for a Lufthansa first class ticket from Chicago to Frankfurt. If you were paying cash for that one-way ticket, it would cost over $13,000. That’s over 90% off.

Now, let me note that there’s some nuance to this, there are capacity controls, I don’t value these awards at the retail cost, etc. Rather this is just intended to be a quick illustration of what is possible if you buy points.

When it makes sense to buy points

More broadly, under what circumstances does it make sense to buy points? There are a few different scenarios where it can make sense, with the first scenario below being the reason most people (including me) buy points.

When it can save you money on a (luxury) travel purchase

I hinted at this above, but the general idea is that it makes sense to buy points when it can score you a significant discount over outright paying for your travel purchase, whether it’s a flight or hotel stay. In general you’ll find the most value when booking luxury travel, including first & business class flights, and five star hotels. Why? Because these experiences are generally disproportionately expensive if paying cash, while they might only be marginally more expensive when redeeming points.

When it comes to airlines:

To give a further example, Alaska Mileage Plan often sells miles for under two cents each, and you could redeem 70,000 Mileage Plan miles for a one-way Cathay Pacific first class ticket from the United States to Asia with a stopover (okay, admittedly that’s not so easy right now with travel restrictions, but that’s just an example).

When it comes to hotels:

To give a further example, Marriott Bonvoy often sells points for well under a cent each, and you could redeem 400,000 Bonvoy points for a five night stay at the Ritz-Carlton Maldives (that’s 80,000 points per night after factoring in a fifth night free). As a point of comparison, paid rates in peak season are often over $2,000 per night.

To top off an account for an award redemption

Maybe you have an amazing hotel stay or premium flight in mind, but you don’t quite have enough points. In those situations, topping off your account by buying a small number of miles could be totally worth it. For example, in the above example of the Waldorf Astoria Maldives, if you had 100,000 points but needed 120,000 points for a redemption at the property, buying points could make a lot of sense.

To prevent points from expiring

Now, in fairness, buying points won’t always be the most economical option for extending the expiration of points, but it will typically be among the fastest. So while this is hardly the primary reason you should consider buying points, it is a valid reason on occasion.

Some warnings before you buy do buy points

While there are plenty of circumstances where it makes sense to buy points, I think it’s also important to add a few warnings and caveats. Here are some things to consider:

I buy points all the time and I think there’s a lot of value to be had, but even so, I recommend only buying points if the math checks out immediately. You should think twice before trading hard earned money for a points currency that could be devalued at any time without notice.

See this post for my valuation of various points currencies. Note that this is intended to be a conservative valuation, and there’s way more value you can get out of these points if you play your cards right.

What are the most lucrative programs for buying points? There are obviously lots of factors, including what you’re trying to redeem for, what kind of a promotion is being offered, and a lot more.

I’ll share my favorite airline programs and hotel programs to buy points from, account for the pricing, frequency of promotions, and overall redemption opportunities.

The best airline programs to buy points from

My favorite airline programs to buy points from include the following (and you can find links to the posts that discuss the opportunities in more detail):

The best hotel programs to buy points from

My favorite hotel programs to buy points from include the following (and you can find links to the posts that discuss the opportunities in more detail):

Which credit cards should you buy points with?

You should always maximize your rewards with credit card spending, and that includes when buying points. The best credit card depends on whether the purchase is processed by points.com (in which case it doesn’t qualify as airfare or hotel spending, but rather as everyday spending), or whether it’s processed directly by the airline or hotel (in which case you could earn lots of bonus points).

See this post for the best credit cards for buying points.

How do the economics of selling points make sense?

You’re might be thinking to yourself “well why would an airline or hotel sell points so cheap that it makes sense to buy points rather than buying that travel experience outright?” This gets at the complicated economics of loyalty programs.

When it comes to buying airline points:

When it comes to buying hotel points:

As you can see, the concept of buying miles is a win-win for consumers and the programs, and it’s why this is a massive industry.

There’s huge value to be had in strategically buying points, especially for first & business class flights and luxury hotel stays. Even though I earn lots of points through credit card spending, flying, and staying at hotels, I still buy points all the time, as it’s a great way to fund premium travel at a fraction of the cost.

Hopefully the above is a useful summary of the circumstances under which it makes sense to buy points. If there’s anything I haven’t addressed, let me know.

What’s your approach to buying points? What’s the best redemption you’ve gotten with points you purchased?

The most important point you mentioned is about people having their strategy and having an immediate need for the points because they are devaluing rather quickly. You also need to wait for a good deal. 30% bonus is probably not high enough, for example.

I find great value in IHG points since I use them at Kimpton, IC and Indigo and average around 1cent USD per point in redemption. When IHG points are on sale you can acquire them at .5cents a point. Again this ties in to your general statement that redemptions for higher end properties/services provides the best redemption value and thus might make sense to buy points.

If you have miles and points scattered across a number of programs, as I do, it is unlikely you have status everywhere which confers the right to buy unlimited miles/points in a given calendar year Think Alaska LM, FlyingBlue et al). Therefore, this is the time of year I keep an eye out for great sales to boost up reserves before the year expires. Although, I would generally only apply this approach to programs I am reasonably certain to use in the next 6 months. I consider this managable risk in terms of devaluations and other nasties. Best value redemption(s) that comes to mind was SYD-HKG-LAX or JFK in F with CX using AAdvantage miles (multiple times), and SYD-DXB-LIS in F with Emirates, with QF points. 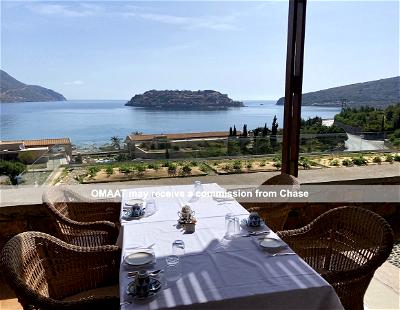