Japan’s All Nippon Airways (ANA) has in the past few months operated a couple of “flights to nowhere,” given the challenges otherwise associated with international travel at the moment. Another one of these will be happening on December 20, 2020, but with a twist, as reported by traicy.com.

There’s an independent Facebook group for ANA frequent flyers, which has around 22,000 members. With so many of the members desperately wanting to fly, the group approached ANA about chartering an A380 for a sightseeing flight… and that’s now going to become a reality.

This special flight will be operated by one of ANA’s “Flying Honu” A380s. The sightseeing flight will depart from Narita Airport and last for 90 minutes. Participants will be given a special certificate for the flight, souvenirs, and 380 miles. Furthermore, drinks will be served onboard.

For context, ANA has the smallest A380 fleet of any airline operating the aircraft type — it has two A380s, and then a third one that will be delivered soon. Before the pandemic, ANA exclusively flew A380s between Tokyo and Honolulu, though with current travel restrictions that route isn’t operating. As a result, these A380s have been grounded, with the exception of four short flights both taking off and landing at Narita Airport. 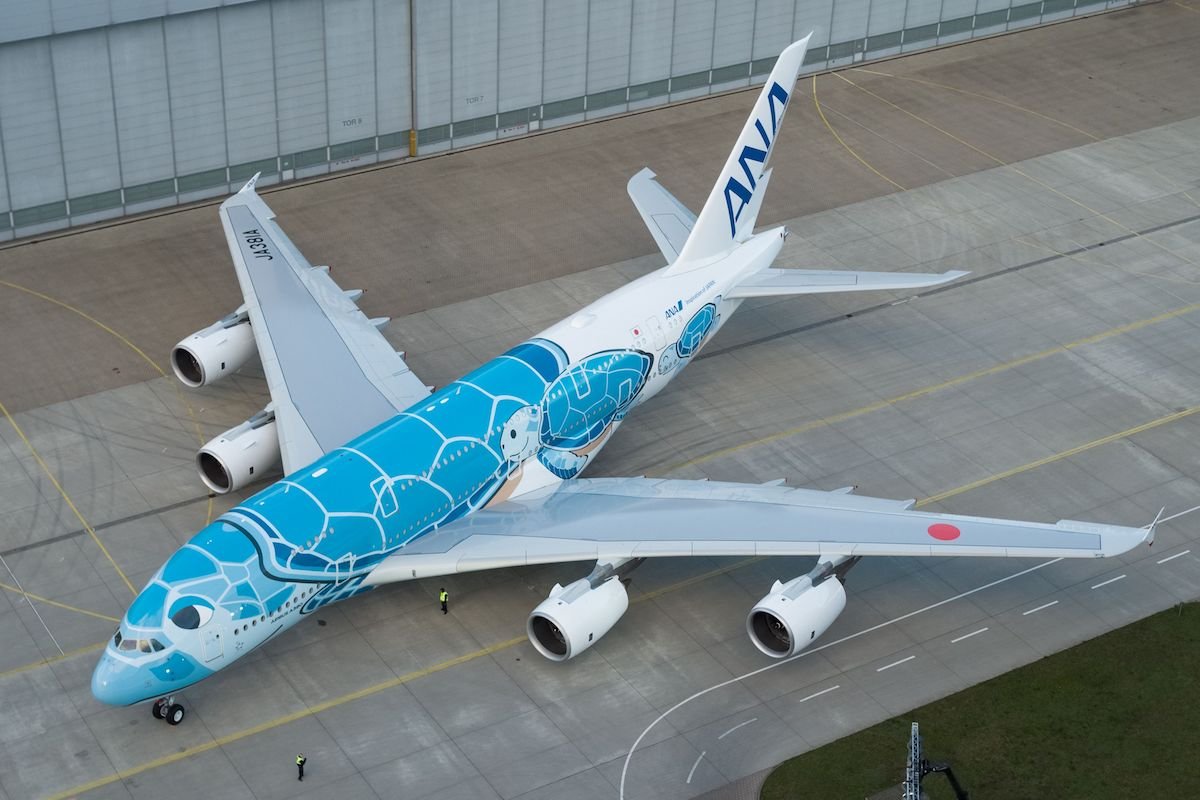 All Nippon Airways A380

Tickets for this ANA flight went on sale this past week and were available on a first come, first served basis. How much are tickets for this special flight to nowhere? ANA has four classes of service on the A380, and pricing is as follows:

That pricing is roughly in line with what I’d expect for ANA to not take a loss on the experience, though it’s still quite steep when you consider that we’re just talking about a 90 minute flight.

Here’s a video from a past ANA flight to nowhere, which sure makes me miss Japan:

All Nippon Airways is continuing its practice of operating flights to nowhere. In this case an A380 is being chartered by a Facebook group, to give them a 90 might sightseeing flight around Tokyo.

Personally I prefer the concept of what Singapore Airlines did, where it operated an A380 as a restaurant on the ground rather than flying it. But I guess I also can’t blame people for their desire to fly during this time…

So, like, anyone up for an OMAAT American Oasis 737 charter, or something?

HI,Ben Thank you for writing the article. I am one of the member of this Facebook Community and I will take this flight on 20th December. I am so exciting and We, group member want to support ANA even a little. I will write an article and do FB live about our experience and share the joy. keep in touch! From HIroko https://enjoyffp.com/a380/ https://www.facebook.com/hapitabihiroko

Come to California if you have a need to take some cool flights. Ocean, Yosemite, Lake Tahoe, San Francisco and mountain views can be had - depending on air quality, fires, riots, etc.

Air Canada in 2001 had a charity flight that flew over Niagara Falls and back to Toronto. It was on a hybrid Canadian Airlines/Air Canada 767 jet. It was a real pleasure to be able to be even on that short flight, experience a take off, flight over the Falls and back in Toronto. No smartphones at that time, just pics to enjoy. Not sure what significance of an OMAAT flight would be considering it isn't even on an aircraft, leave alone it isn't going anywhwre. Better things to watch on YouTube instead (wink). Even the grounded Singapore Airlines flight to nowhere would be good in comparison.