Ethiopian Airlines has just announced some significant changes to their US route network for their summer 2019 schedule. The airline hasn’t yet fully updated the schedule, but should in the coming days and weeks, at which point we’ll know all the details.

The three additional weekly flights will pass through Abidjan in both directions, and they’ll have pick-up rights there.

Ethiopian Airlines will be increasing flights to Chicago as of summer 2019. This is pretty cool since the airline only started flying to Chicago as of June 2018, so I guess the route is performing well.

The airline will fly to Chicago 5x weekly rather than 3x weekly, and the route nonstop eastbound and via Dublin westbound (with no pick-up rights there).

Just recently the airline switched up this route. Ethiopian Airlines’ flight to Addis Ababa operates via Lome, Togo as of December 17, 2018.

Unfortunately this route will be canceled altogether as of summer 2019, meaning LAX will no longer have a nonstop flight to Africa.

In place of the Los Angeles flight, Ethiopian Airlines will be launching flights to Houston as of summer 2019. The route will operate 3x weekly via West Africa, though they haven’t yet clarified if it will operate via Lome, Abidjan, or somewhere else. This will be the only nonstop flight between Houston and Africa.

The exact schedule hasn’t yet been published, but the flight will be operated by a 787. Ethiopian Airlines had been considering flying to Houston for quite a while, so it’s  nice to see them follow through on this.

Ethiopian Airlines is the only major airline in Africa that’s actually doing well, and they’ve built up an incredible route network. It’s sad that they couldn’t make their Los Angeles flight work, especially in light of the recent changes they made to the route. However, I guess the Houston flight is a good alternative, at least.

What do you make of Ethiopian’s changes to their US route network?

@ Miguel, service from IAH to ADD begins 23 June 2019 with 3 flights weekly via Lome in both directions.

lucky do we know when Ethiopian Airlines will start service out of IAH. I know they stated Summer 2019 but I have not heard any specific start time . Jun, Jul or Aug. thank you for any info you may know and share. Miguel

I’d say if they re opened 3x weekly 787-8 ADD-DUB-LAX it may work with the demand from DUB-ADD and from DUB-LAX combined with ADD-LAX traffic too, meaning the ADD-MAD-DUB flight can continue somewhere else after Madrid 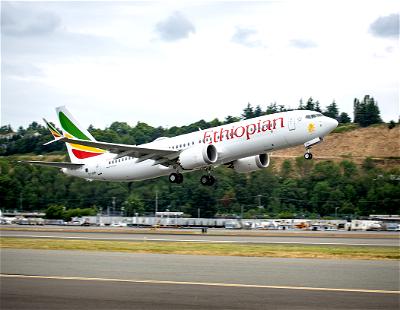