Earlier today I published my review of JetBlue’s Mint product between New York and Los Angeles, which I tried a couple of weeks ago.

The onboard experience was impressive, though what impressed me equally was the service on the ground, even for a flight I wasn’t on.

Specifically, I heard a PA from a gate agent who was communicating with customers in such a transparent way that I don’t remember otherwise hearing on a US airline.

There was a delay on the flight to Albuquerque, which was announced substantially in advance. Even though I wasn’t on the flight, I was so impressed by how the gate agent communicated the delay:

While they didn’t have an updated departure time, the transparency with which they communicated blew me away. Based on observing the gate area, passengers weren’t angry either, because they felt like they were in the know, and part of the overall process.

Well, I just flew from Nadi to Los Angeles, and am now on an American flight from Los Angeles to New York. I was scheduled to land in New York shortly after midnight, and then from have to rent a car and drive for three hours.

The flight boarded on time, though 15 minutes after our scheduled departure time (45 minutes after boarding) we were informed of the minor detail that we didn’t actually have any pilots. 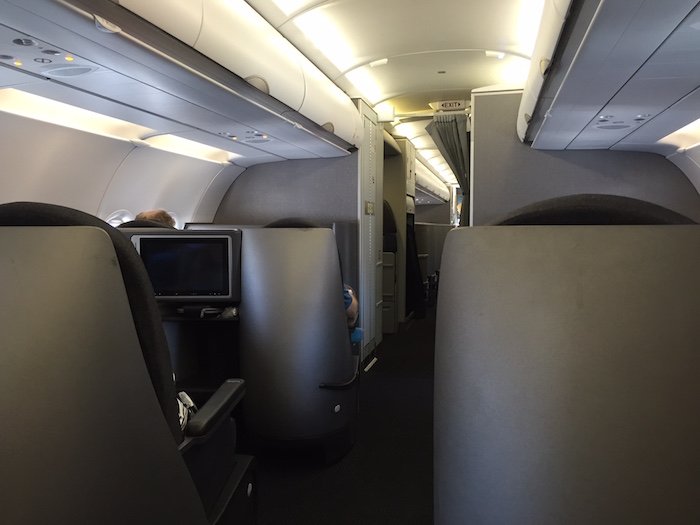 Several minutes later it was announced that a first officer was “on the way,” but “we’re not sure about a captain.”

Meanwhile the APU broke, so for about 10 minutes we sat in the cabin with no lights or no air, as they needed to get a mechanic to fix things.

Look, maybe I’m just grouchy because I haven’t slept in a bed in several days and flew from Los Angeles to Nadi to Los Angeles same day, and it’s a rough day in general. I’m usually very forgiving of airlines, because the fact that they come together as well as they do is sort of a miracle.

But at the same it’s sort of jarring how different American and JetBlue treat their passengers:

I don’t blame frontline airline employees for this in general, as I think it’s sadly just how most US airlines train their employees to treat customers.

Like I said, it’s an especially tough day, but it’s just frustrating as hell when airlines run their operations as mindlessly as American is running this flight (and many of their flights, especially to/from LAX).

we hd the same problem with Delta airlines, not only not be transparent about what was happening they were threatening to throw passengers off the plane for any and every little infraction. Frontier airlines treated us better!

The case of an over-sized corporation. AA has more than 4X the fleet size and nearly 10X the employees that JetBlue has. Management of fleet and logistics leaves very little time and resources to focus on customer care. As I read above, AA is in the biz of human transportation whereas JetBlue is still in the biz of travel.

Pilots ARE qualified to evacuate the airplane