By now, just about everyone has heard of the situation that transpired on a United flight a couple of weeks ago, where Dr. Dao was physically dragged off the plane because they needed his seat. Almost as bad as that was United’s terrible response, which backfired horribly.

Eventually United’s CEO issued a sincere-seeming apology, and also had an interview with Good Morning America in which he apologized again. When Oscar Munoz finally issued an apology, he said that he’s committed to fixing what’s broken, including a thorough review of their current procedures in place. He promised to communicate the results of that review by April 30.

Well, United has just released the findings of their review, a few days ahead of schedule. View from the Wing shares the 11 page report that United issued regarding the incident and how they’re changing their policies. In addition to that, here’s the press release, which I’m sharing in full, as it’s interesting and isn’t that long:

United Airlines (UAL) today announced 10 substantial changes to how it flies, serves and respects its customers. The changes are the result of United’s thorough examination of its policies and procedures, and commitment to take action, in the wake of the forced removal of a customer aboard United Express Flight 3411 on April 9.

While several of these policies are effective immediately, others will be rolled out through the remainder of the year. The facts of what happened aboard Flight 3411 and a full review of United’s changes can be found at hub.united.com.

Oscar Munoz, chief executive officer of United Airlines, said, “Every customer deserves to be treated with the highest levels of service and the deepest sense of dignity and respect. Two weeks ago, we failed to meet that standard and we profoundly apologize. However, actions speak louder than words. Today, we are taking concrete, meaningful action to make things right and ensure nothing like this ever happens again.”

“Our review shows that many things went wrong that day, but the headline is clear: our policies got in the way of our values and procedures interfered in doing what’s right.  This is a turning point for all of us at United and it signals a culture shift toward becoming a better, more customer-focused airline.  Our customers should be at the center of everything we do and these changes are just the beginning of how we will earn back their trust,” he added. 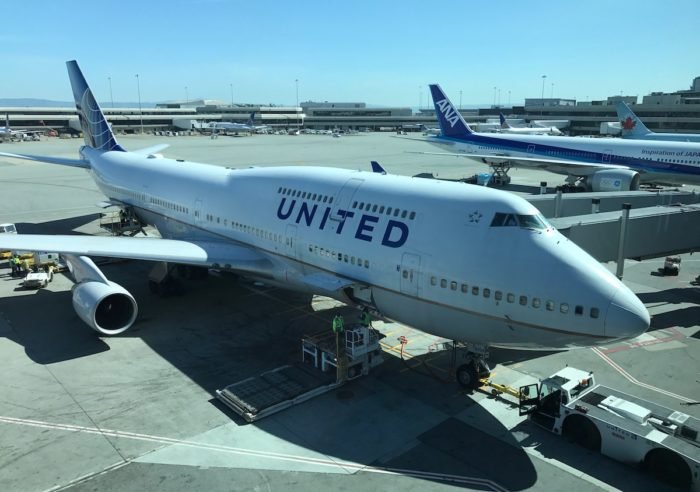 I commend United on coming up with 10 areas where they’d like to change.

It sure sounds like United is trying to eliminate the possibility of involuntarily denying boarding to passengers as much as possible going forward. They claim they’re going to reduce the degree to which they overbook on flights where they historically have a hard time soliciting volunteers, especially on smaller planes. In general eliminating overbooking is unnecessary, you just need to empower and incentivize agents to be able to do what it takes to get passengers to volunteer.

United is saying the right things, and seems to be taking the situation seriously, though only time will tell if anything actually changes.

What do you make of United’s 10 action items?

@ Potreroflyr - You mean like how they removed that Italian professor from an AA flight for writing math equations because a passenger "knew" he was an Arab writing in terrorist plots in Arabic? Yep, only in America could this happen lol.

Has anybody here actually read the report and the details behind the policy changes and training implementations they plan on having? Or are we just reading the copied press release and bringing out the pitchforks again based on that? A policy every airline has had sine time began failed. It just happened to United this time. If you don't think every airline (Delta beat them to the punch) is already looking at making these revisions - silently - as to not draw attention to the fact it could have happened to them; there's a bridge in Brooklyn that's for sale.

@bill you clearly have no idea about the minute to minute changes that occur while running an airline operation. There isn't enough space here to catalog the instances of last minute crew and aircraft reassignments, especially so during irrops. I'm no apologist for the airline industry, but for the numbers of people and cargo they move everyday it's pretty amazing.