I’ve gotta give United Airlines credit for this one… well played.

Airlines have been doing an awful job when it comes to managing expectations regarding how full flights will be. A couple of weeks ago I wrote about United Airlines’ social distancing sham.

United Airlines claimed that they’d be blocking all middle seats, though in reality that just meant they were blocking middle seats from being assigned in advance, while they’ll always sell flights to capacity.

A policy like that is doing no one a favor. It just means that a lot more people will be assigned seats at the gate rather than in advance.

United’s policy was misleading, with the goal of reassuring passengers in order to sell tickets, rather than actually trying to make passengers feel safe onboard. Obviously many people believed the airline would be keeping middle seats empty, and were angry when they boarded a flight and found that wasn’t the case.

One such case went viral just a few days ago…

There are two problems here — many airlines are doing a terrible job managing expectations, and some passengers also have unrealistic expectations to begin with. I wrote in the past about the increasing amount of “full flight” outrage we’re seeing. The way this works:

United got a lot of flak for the above situation, and the airline is now addressing that. Not by actually blocking seats on flights, but rather by communicating with passengers when flights will be full.

Going forward, United Airlines will let passengers decide if they care about social distancing or not by at least being transparent:

I think United Airlines is taking a good approach here. No, the airline won’t be keeping middle seats empty on flights, but at least will inform passengers when flights are expected to be full.

Previously the airline tried to deceive people into thinking that they blocked middle seats. I think it makes a lot more sense to let people know in advance their flight will be full and let them make a decision as to whether or not they want to fly, rather than leading them to believe a flight will be empty, only for that to not be the case.

Passengers will have a lot less right to complain if they know in advance a flight will be full, but still choose to take it.

Personally I still think Frontier had the right idea by trying to sell empty middle seats, but they got backlash for that as well, so…

What do you make of United Airlines’ new policy?

Dear Dr.Weiss Whilst the world appreciated you were lending a hand to NYC, UA gave you one seat, not two not three, perhaps you just stay back in the Bay Area. Airlines industry in the verge of going under, please wake up.

... it's a shame that the same rules do not apply to repatriation flights. The government and everyone else turns the other way on a fully-packed flight.. and social distancing rules are suddenly out the door... hypocrisy at its best.

The original story I heard was that this was reported by an ER doctor who had volunteered to help in NY hospitals who was flying home, along with other medical volunteers. They were not people "who didn't need to be on planes"and they stated that they felt much less safe on this flight than they did working with Covid19 patients in a NYC hospital. Assuming this part of the story is true, surely their complaints are far from frivolous and deserving of some respect, rather than ridicule. As long as airlines choose to sell tickets for less and fill seats to capacity instead of prioritizing crew and passenger safety (more expensive tickets/fewer full seats), many potential travelers who see images like this will choose not to fly if they have any choice at all. As long as passengers and crews don't feel safe, airline revenues will not pick up, thereby prolonging the agony and likelihood of bankruptcy. CEO surveys are clear that 85+% of major businesses in the world believe that things are not going to return to pre-Covid19 conditions for two or more years. Airlines can't make it happen faster than vaccine availability, no matter how hard they try - Covid19 lawsuits are already being filed at a record pace in the US with many more on the way. Surely the risk of being held liable for (at a minimum) contributory negligence will convince them to impose some distance between unrelated travelers. Time for the airlines to consider Plan B. 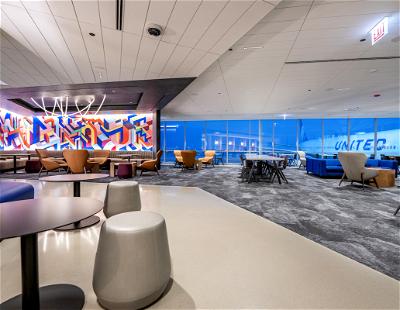