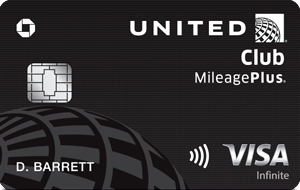 United Airlines and Chase issue several co-branded credit cards, and in this post, I wanted to take a closer look at the United Club℠ Infinite Card, which is the most premium personal card issued with this partnership.

The United Club Infinite Card provides lounge access, incredible perks, and a huge welcome bonus. If you’re a United frequent flyer and value lounge access, this is the card for you.

The United Club Infinite Card is offering a welcome bonus of 80,000 MileagePlus bonus miles after spending $5,000 within the first three months. This is a great bonus with a reasonable spending requirement. I value United miles at 1.3 cents, so I value this bonus at $1,040.

Who Is Eligible For The United Club Infinite Card?

The welcome bonus on the United Club Infinite Card isn’t available to those who currently have this exact card, or have received a new cardmember bonus on the card in the past 24 months. However, you are eligible for this card and the bonus if you have (or have had) any other United Airlines credit cards.

There are also general restrictions when applying for Chase cards, including the 5/24 rule.

The United Club Infinite Card has a $525 annual fee. This annual fee is no doubt on the steep side, though it’s in line with the fees you’ll find on many premium credit cards. The card also offers a variety of perks for frequent flyers that could more than justify the fee.

For a co-branded airline credit card, those are some solid bonus categories, and in particular, it’s nice to earn bonus miles on dining purchases. The United Club Infinite Card also has no foreign transaction fees, making it a good option for purchases abroad.

The area where the United Club Infinite Card really shines is when it comes to perks. The value you get from these perks is what should determine if this card makes sense for you or not. Let’s take a closer look at what perks are offered by the card.

Arguably the key benefit of the United Club Infinite Card is that it comes with a United Club membership for as long as you have the card. This offers access to United Clubs and participating Star Alliance affiliated lounges.

Getting the United Club Infinite Card is arguably the best way to get United Club access, especially when you consider that outright buying a membership would ordinarily cost $550-650 per year.

Here you save $25-125 compared to that price, and you get all kinds of other perks with the card.

The United Club Infinite Card primary cardmember and one companion traveling on the same reservation receive a free first and second checked bag. In order to be eligible for this, you have to pay for your ticket with your United Airlines credit card.

This is a value of up to $320 per roundtrip ticket (assuming two people are checking two bags roundtrip).

MileagePlus Premier members receive complimentary upgrades in most domestic markets when booking a revenue ticket. If you have the United Club Infinite Card, you can also receive your Premier upgrades when redeeming miles for tickets.

Best of all, it’s not only the cardmember who is eligible for upgrades, but if you have the United Club Infinite Card, you can also upgrade a companion traveling on the same reservation. While some other United Airlines credit cards offer upgrades on award tickets, the companion upgrade feature is exclusively available on this card.

Save 10% On United Economy Saver Awards

Earn Up To 4,000 Premier Qualifying Points Per Year

If you’re looking to earn status with United MileagePlus, the United Club Infinite Card can help. The card offers 500 Premier Qualifying Points (PQPs) for every $12,000 spent on purchases, up to a maximum of 8,000 PQPs in a calendar year. For context, below are the United MileagePlus elite requirements for 2023.

The United Club Infinite Card offers Platinum Elite status in the IHG One Rewards program. This IHG status offers perks like upgrades, bonus points, late check-out, and much more. While it’s not my favorite hotel status, it does come in handy when staying at IHG properties. Cardmembers can register for this perk here by providing the last four digits of their credit card number, plus their MileagePlus number.

On top of that, cardmembers can receive up to $75 in statement credits at IHG properties when charged to the card. This applies for purchases between January 1 and December 31, 2022, and there’s no minimum required to unlock this. In other words, this is the equivalent of $75 worth of “free” spending at IHG properties.

The United Club Infinite Card offers a Global Entry, TSA PreCheck, or NEXUS credit every four years. Simply charge the enrollment fee to your card, and it will automatically be reimbursed.

Nowadays quite a few credit cards offer these fee credits, so you can always use this benefit for a friend or family member. They just have to use your credit card to pay, and you’ll automatically receive the statement credit.

Having the United Club Infinite Card gets you access to The Luxury Hotel & Resort Collection (LHRC). This offers additional privileges on hotel bookings when using lhrcollection.com.

While this could come in handy, I wouldn’t get too excited about this perk, given that programs like Virtuoso offer similar benefits, and don’t require having a specific credit card.

Should You Get The United Club Infinite Card?

The United Club Infinite Card offers some phenomenal perks for travel on United, so if that’s something you care about, this card is worth considering:

The math on getting the United Club Infinite Card checks out. Also keep in mind that if you want to downgrade the card to a lower annual fee card in the future, that should be possible once you’ve had the card for at least 12 months. You might as well pick up the card with the best welcome bonus and richest perks, and then you can decide in the future which card makes the most sense for you.

How Does The United Quest Card Compare?

The United Quest℠ Card is another popular United Airlines credit card that I think is seriously worth considering. The card has a $250 annual fee, and the perks more than justify that, in my opinion:

If you’re worried about the annual fee on the United Club Infinite Card, the United Quest Card is a great alternative, especially given how easy the annual fee is to recoup. That being said, the bonus isn’t as good.

Read a full review of the United Quest Card.

How Does The United Explorer Card Compare?

The United℠ Explorer Card is probably United’s most popular co-branded credit card, given the reasonable annual fee and solid perks. I’d take it further and argue that this is one of the most well-rounded mid-range airline credit cards. The card has a $95 annual fee (waived the first year), and offers the following perks:

The United Explorer Card has the most mass appeal of any United Airlines credit card, as the card offers most of the basic benefits people will value when flying United, has a great bonus, and the annual fee is even waived for the first year.

Read a full review of the United Explorer Card.

The United Club Infinite Card is United’s most premium personal credit card. While the card has a $525 annual fee, it offers incredible perks, including a United Club membership, a free first and second checked bag, upgrades on award tickets (including for a companion), and much more.

If you want to learn more about the United Club Infinite Card or want to apply, follow this link.

does the Quest card also upgrade companions? Or is it just the infinite card?

If you were holding a Star Alliance business class ticket, you could use LH lounge at FRA. Did they tell you why you were not eligible to use the LH business lounge? Did you go to the EWR Polaris Lounge or United Club?

Hi Ben - which United clubs are your favorite? 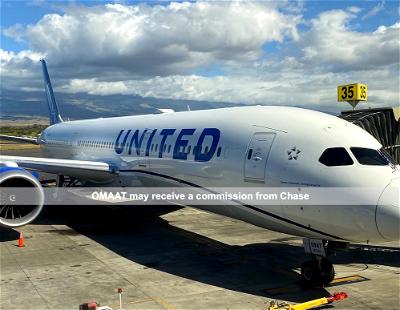 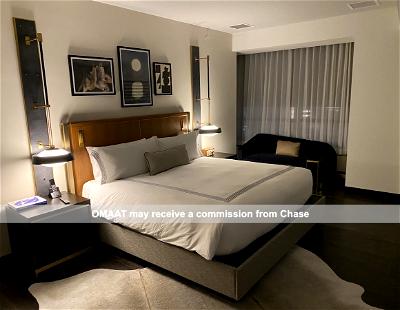