15
Share
Tweet
In the interest of full disclosure, OMAAT earns a referral bonus for anyone that’s approved through some of the below links. These are the best publicly available offers (terms apply) that we have found for each product or service. Opinions expressed here are the author's alone, not those of the bank, credit card issuer, airline, hotel chain, or product manufacturer/service provider, and have not been reviewed, approved or otherwise endorsed by any of these entities. Please check out our advertiser policy for further details about our partners, and thanks for your support!

Back in 2012, one of the hottest award redemptions was redeeming British Airways Avios for transatlantic travel in Aer Lingus business class. There were two thing made this redemption especially sweet:

It has been several years since this redemption value was widely talked about, so I figured it would be fun to revisit this, a couple of British Airways Executive Club devaluations later.

How many Avios are required for Aer Lingus award redemptions?

British Airways devalued their award chart in 2014, during which time they introduced peak and off-peak pricing. All partner awards price at the peak level. Here are the current rates, which are the costs per segment (if you’re flying multiple segments, they use additive pricing):

With that in mind, how many Avios are required for one-way transatlantic redemptions on Aer Lingus?

You might say “wait a minute, I thought Boston to Ireland was under 3,000 miles one-way? It sure is, but unfortunately British Airways selectively modifies geography when it works in their favor. In this case they decided it was too good of a deal, so they now pretend that it’s a 3,001-4,000 mile flight.

The great news is that while a one-way business class award ticket from the US to London on British Airways would cost you $500 in carrier imposed surcharges, it’s significantly cheaper when booking travel on Aer Lingus.

Aer Lingus has the seem fees if traveling in economy or business class. You pay everything other than the base fare.

Meanwhile from Dublin to the US, that should run you a total of $81.37.

These awards aren’t bookable on British Airways’ website, so you’ll have to call to make your booking. If you want to search award availability, you can do so on ExpertFlyer. That’s probably the easiest place to do so. Award availability is wildly inconsistent — sometimes it’s easy to come across, while other times it isn’t. The toughest destinations for award space are Los Angeles and San Francisco, so don’t expect to find availability on those flights.

In terms of the award fare classes, you’ll want “U” class for business class and “T” class for economy class.

So, are Avios redemptions on Aer Lingus still a good deal?

At the same time, Aer Lingus does have a new business class product. They used to have angled seats.

Now they have fully flat seats, with a majority of seating featuring direct aisle access.

But in absolute terms, it can still represent a good deal.

For example, for a few more days there’s a 40% bonus on transfers from Amex Membership Rewards to British Airways Executive Club. So that’s like paying 43,000 Amex points for a one-way ticket on most of Aer Lingus’ routes from the US to Dublin.

As a reminder, both Chase Ultimate Rewards and Amex Membership Rewards points can be transferred to British Airways Executive Club. Those points can be earned via cards such as:

So no, this isn’t the no brainer, “must do” redemption that it used to be. However, there are still plenty of circumstances under which this represents a great deal. It’s just too bad that British Airways doesn’t consistently use their distance based award chart, or else Boston to Dublin would cost fewer Avios.

I just recently completed the minimum spend on the British Airways Visa Signature® Card, and I plan on using some of those Avios for an Aer Lingus business class award.

Has anyone redeemed Avios on Aer Lingus recently?

AerClub *IS* avios.com with a fancy UI on top of it, so that doesn't make sense to me

Looking at EI's new MIA/DUB route on Expert Flyer, I've found many dates with business class availability. But when looking for it on avios.com or calling BA, it's not there. Aer Lingus have told me that they reserve inventory for their own AerClub members. So unfortunately Expert Flyer doesn't seem a reliable method of finding seats that can be booked with Avios.

Lucky, their ground service isn't world class, but I'm a huge fan of Aer Lingus for transatlantic from Dublin. I don't think I consistently feel genuinely more welcome in J or F on any airline in any country. You should give them a spin. And we should clarify that it's not direct aisle access from every seat, but the majority of seats. A330 alternates between 1-2-2 and 1-2-1 and 757 alternates between 1-1 and 2-2. 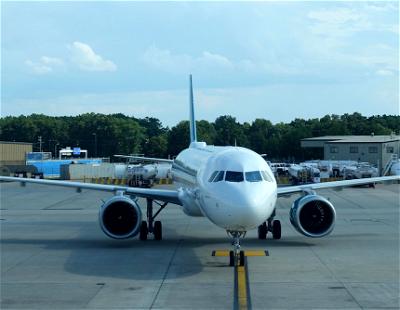