The catch has long been that these flights haven’t been bookable on ba.com. As noted by Head for Points, that has finally changed, and it’s now possible to book Aer Lingus awards on ba.com. That’s super exciting, since hold times with British Airways’ call center can be brutal sometimes. Furthermore, for those of us who hate picking up the phone, this takes the dread factor out of booking.

While Aer Lingus awards showing up on ba.com is cool, the shocking part is the surcharges. A one-way Aer Lingus business class award from Dublin to Philadelphia costs 50,000 Avios plus $199.47 in taxes, fees, and carrier imposed surcharges. That’s roughly what I would expect.

However, in the other direction that same flight costs 50,000 Avios plus a staggering $729.80 in taxes, fees, and carrier imposed surcharges. This is $550+ more than these flights used to cost, so something has changed here.

I’m not sure if this is a glitch or a policy change, though I’m working on trying to figure out. For that matter, I’m not sure if there are just general issues with surcharges on award tickets for IAG airlines at the moment.

For example, historically redeeming American AAdvantage miles on Iberia wouldn’t incur fuel surcharges. However, for the new Dallas to Madrid flight, there are $700+ in fees, which doesn’t make much sense, since that’s not showing on other routes.

If I have an update here I’ll be sure to report back.

It’s now possible to redeem British Airways Avios for travel on Aer Lingus directly on ba.com. which sure makes the process of redeeming Avios on Aer Lingus easier. The bad news is that awards originating in North America seem to have much higher surcharges than in the past.

I’m not sure if that’s a glitch or an “enhancement” as part of these awards being added to ba.com. If anyone has any insights I’d love to hear them, and if I find out anything I’ll report back.

What do you make of the surcharges on these Aer Lingus awards?

Yes, I tested, more than double tax and fee charged on economy class between DUB and YYZ.

The Aer Lingus 60K AS business seats still exist, they're just capacity controlled and can hard to be find. After the 60K seats are gone, they go up to 280K. Try looking at next January/ early Feb - there are still a few there

I have used avios.com for booking IAD-DUB and DUB-IAD on Aer Lingus using Avios. The saver non-peak rate for IAD-DUB is 50K plus $141.10 (a slight increase) and 50K plus $170.07 (a slight increase). So booking at avios.com is the way to go. You can move your Avios from BA or Iberia back and forth at will. BEWARE THE GLITCHES OF COMBINED AVIOS Sometimes, I receive a message that my Avios cannot be combined. The easiest way to resolve this it to log out and log in again. Second, glitch. On Combine My Avios the addresses for the accounts you are combining must be EXACTLY the same or you will get an error. This mainly show up with the auto addition of a 9-digit zip for BA that is not reflected in Avios. You need to change the BA address to the 5-digit zip. Then make the transfer before BA auto-corrects your profile address back to the 9-digit zip. You could also call or email when you have a problem, but who wants to do that? Listening to the BA music for hours on end while on hold is not advised. 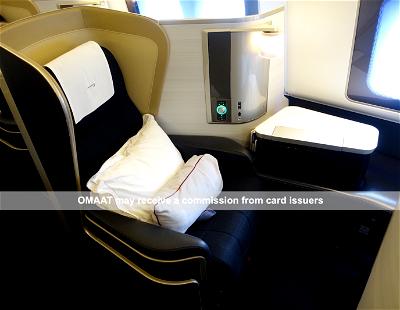