26
Share
Tweet
In the interest of full disclosure, OMAAT earns a referral bonus for anyone that’s approved through some of the below links. These are the best publicly available offers (terms apply) that we have found for each product or service. Opinions expressed here are the author's alone, not those of the bank, credit card issuer, airline, hotel chain, or product manufacturer/service provider, and have not been reviewed, approved or otherwise endorsed by any of these entities. Please check out our advertiser policy for further details about our partners, and thanks for your support!

Alaska Airlines Mileage Plan is one of my favorite frequent flyer programs, thanks to the fact that they continue to award miles based on distance flown, have unique airline partners, have low award redemption rates, allow stopovers on one-way awards, and offer generous elite benefits.

However, there is one thing that really frustrates me about the program — they add new airline partners, but then they take forever to add award redemptions. Often it even takes a couple of years for them to add redemptions.

Alaska and Aer Lingus announced a partnership in March 2018, around the same time that Aer Lingus began flying between Dublin and Seattle.

Then as of May 2018, Alaska Mileage Plan added the ability to earn miles for travel on Aer Lingus.

Well, it has now been over a year since that happened, and up until now it hasn’t been possible to redeem Alaska miles on Aer Lingus.

That has finally changed, and there’s something very interesting about the redemption rates. 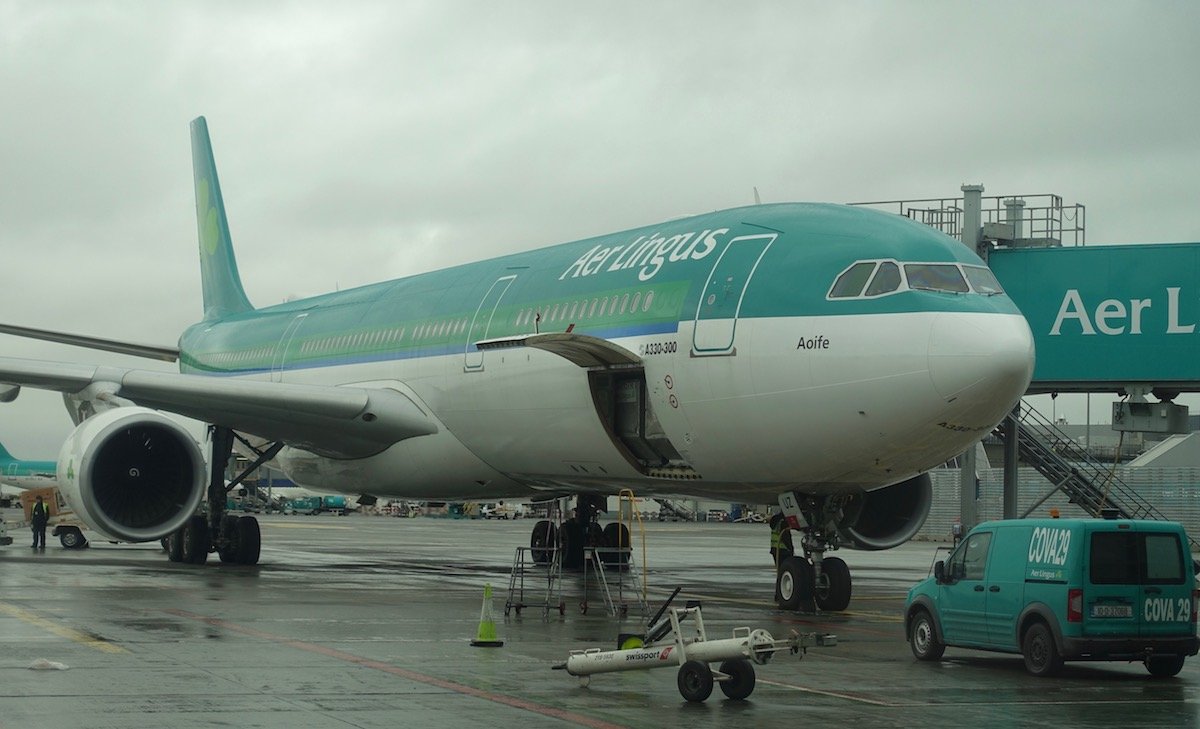 You can redeem Alaska miles for travel between North America and Europe at the following rates: 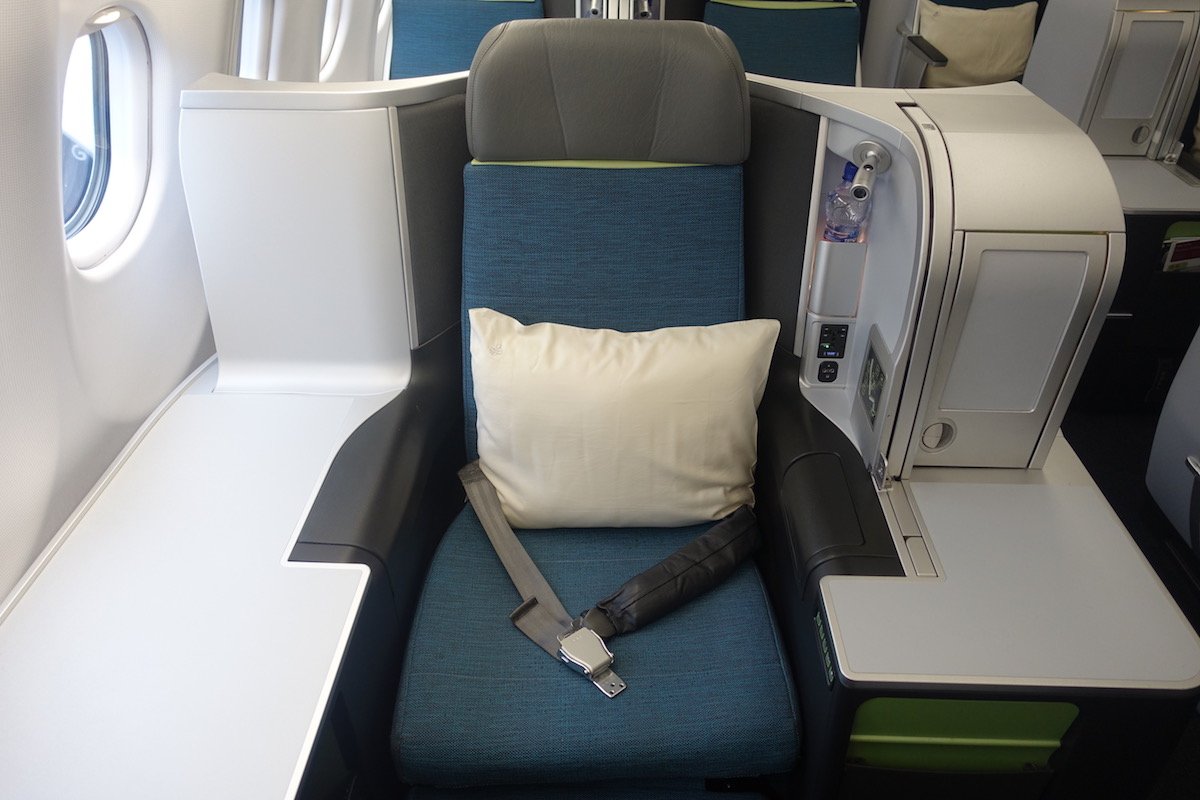 Okay, now on to the big picture question — what the heck is going on with 280,000 mile one-way business class redemptions?!?!?!

Well, Alaska is doing something interesting here, and I’m not sure what to make of it. If Aer Lingus has award availability on a flight, then the lowest cost shown above applies. That means you’ll pay 30,000 miles in economy or 60,000 miles in business class for a one-way transatlantic award, or you’ll pay 8,000 miles for a one-way economy award within Europe.

However, Alaska also seems to have near last seat availability on Aer Lingus, and you can redeem 280,000 miles for a one-way ticket on just about any flight.

This is a very interesting precedent, as it’s the first time Alaska has what can only be described as revenue based redemptions on a partner.

My take is that: 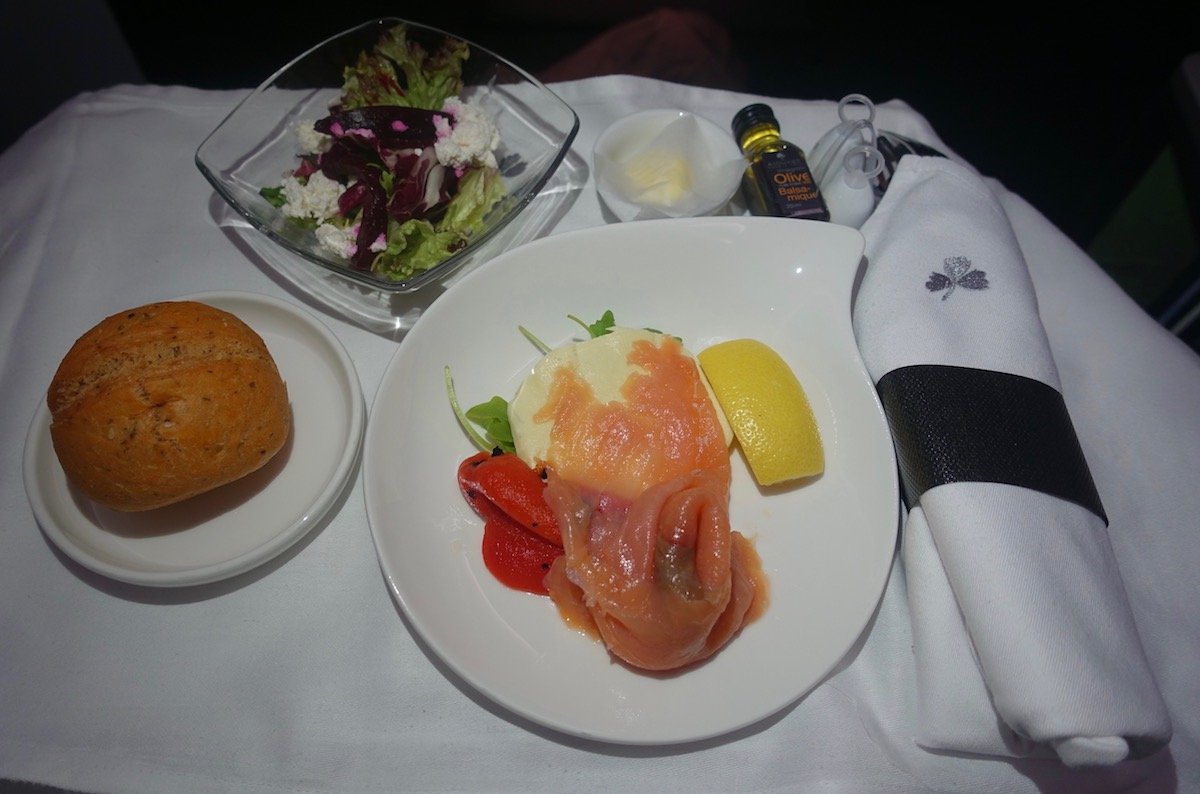 If you’re looking to acquire Alaska Mileage Plan miles for redemptions on Aer Lingus, you have a couple of good options. First of all, Alaska often sells miles at a discount, which can be a great way to score a deal on premium travel.

On top of that, Alaska also has two great credit cards, which can earn you a lot of bonus miles:

I’m happy to see Alaska finally add award redemptions on Aer Lingus, which is long overdue. It’s disappointing how long it often takes Alaska to add partner redemptions, and I can’t help but wonder if it’s intentional, or what.

The entry level redemption rates are quite good — 60K miles one-way with a stopover and no carrier imposed surcharges for business class to Europe is excellent. My only real complaint is that they have access to one fewer award seat per flight than other programs, because Aer Lingus often only makes one business class award seat available.

Anyone plan on redeeming Alaska miles on Aer Lingus?

I am just trying to get to my first MVP. I want to make sure my Air Lingus flight counts towards my AK mileage plan, so is there anything I "must" do to make sure that happens. I would hate to take the flight and miss out on earning mileage because I missed a step. Also... does anyone know what the contract conversion is? Does Air Lingus offer only 0.5 AK mile for every mile flown? Thanks for info everyone!

The business class awards for 60k are now available, but if I read between the lines, it would seem as an AS elite I can only book one seat. The problem is I need 2 seats!

When will Alaska honor the baggage agreement with AerLingus and visa versa! I just travelled from Sacramento to Seattle on Alaska and they would not check our bags through to Dublin! Same issue coming back on AerLingus , Dublin to Seattle, what a hassle checking in twice! 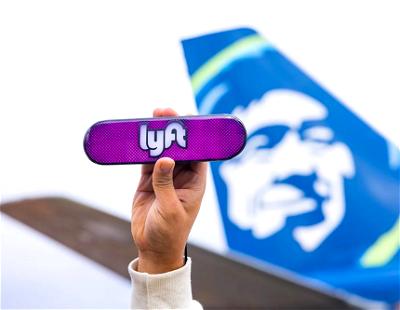