For the past couple of years, we’ve seen major airlines either extend elite status for all members, or provide significantly easier pathways to earning status. With travel demand in many parts of the globe having recovered, airlines are announcing loyalty program changes.

We saw American AAdvantage introduce its Loyalty Points system as of 2022, and Delta SkyMiles has announced elite status changes as of 2023. United MileagePlus has today announced changes to its elite status program for 2023, so let’s go over the details. This is in addition to the airline eliminating award redeposit fees.

Below are the United MileagePlus elite status requirements for 2023. As you can see, status is based on earning a certain number of Premier Qualifying Flights (PQFs) and Premier Qualifying Points (PQPs), with travelers generally earning one PQP per dollar spent on airfare. Status earned with these thresholds in 2023 will be valid through January 31, 2025.

For context, below are what’s United MileagePlus’ elite requirements looked like for 2022.

In October 2019, United MileagePlus announced massive changes to elite status for the 2020 program year. Those never ended up being implemented due to the pandemic. The requirements for 2023 match exactly what we were expecting in 2020.

Existing MileagePlus elite members are getting an elite status jumpstart in 2023. In early 2023, United will automatically deposit PQPs into MileagePlus accounts based on status earned in 2022. This applies to anyone who earned status, with the exception of those on a trial or status challenge.

Specifically, this MileagePlus jumpstart will be as follows:

New as of 2023, United will count award tickets toward elite status:

New as of 2023, the maximum PQPs you’ll be able to earn for credit card spending will double for select cards:

My take on these MileagePlus changes

I don’t think there’s anything too shocking with with these MileagePlus changes:

If anything, I’m a bit surprised United didn’t completely overhaul its program, but rather is just implementing the changes that had previously been announced.

United MileagePlus is making changes as of 2023. The program will finally implement the elite status thresholds that were first announced in late 2019, but paused due to the pandemic. On top of that, United will start counting award flights toward elite status, will provide more pathways for earning status with credit card spending, and will give elite members a jumpstart with earning status.

What do you make of these United MileagePlus changes?

<b>Truly BRUTAL!</b> United has decided to resuscitate elite qualification requirements that it had instituted just before the pandemic, which were just a bridge too far for me and I'd decided at the time to seek top elite status with SQ and part company with UA. Well, two can play that game. Since they resuscitated their ridiculous qualification requirements, I too will resuscitate my plan to bolt to SQ. PQPs to be earned on award travel are a joke. Redeem 100,000 miles and earn 1,000 PQPs...Puny! Likewise, the opportunity cost associated with putting one's spending on UA cards to earn a limited number of PQPs is so huge it is another joke. Fortunately, I already earned SQ Gold by taking advantage of the program's incredible offer during the pandemic to earn elite status without flying. The icing on the cake is that due to the pandemic, SQ promised to extend many members' status for another year, which, for me, will be to 12/31/2023. Right now, I am just ~1,300 PQPs shy of requalifying for 1K for the 2023 status year, so what I will do after I requalify is to fly with UA and credit all the miles (redeemable and elite) to SQ to extend my SQ Gold/*G status beyond 12/31/2023. Since I am a UA 1MM, I am guaranteed to retain *G status even if I chose not to seek status with any FF program... Currently, I have 300 UA PlusPoints upgrades, MileagePlus' best and distinguishing feature, of which - 240 expire on 07/31/2023 - 60 expire on 01/31/2024 Then, after I requalify for 1K by the end of this year, I will earn 280 additional PlusPoints that will expire on 01/31/2024, which means that I will have 60 + 280 = 340 PlusPoints upgrades expiring in on <b>01/31/2024</b>, i.e., plenty to ensure that I will continue to fly in the front cabin without breaking the bank, especially since I assume that the new qualification requirements will <b>thin the ranks</b> of 1Ks to increase the availability of PP upgrades. I am actually looking forward to being a SQ Gold flying mostly with UA (except when I redeem miles) because as a non-UA *G, it will give me access to UA lounges even on domestic flights! SQ Gold is a perfect match for because my preferred travel destinations in Asia are where SQ is ubiquitous. For instance, for the upcoming "reboot" of my Asian Escape(TM), will redeemed mostly SQ miles to fly almost exclusively with with the airline: - EWR-SIN (confirmed: SQ Premium Economy; waitlisted: SQ Business) - SIN-SGN-SIN (Confirmed: SQ Business, but redeemed UA miles because it was cheaper) - SIN-MLE-SIN (confirmed Y; waitlisted: business) - SIN-BKK (Confirmed: SQ Business) - BKK-REP-BKK (FD, cash) - BKK-SIN (Confirmed: SQ Business) - SIN-EWR (confirmed: SQ Premium Economy; waitlisted: SQ Business) It's all SQ, soo... ...Bye bye UA, hello SQ!

You do realize that having 71 1Ks flying out of SFO has been a regular thing for the past 20+ years, don’t you?

I am finding increasingly fewer incentives to be loyal to any one carrier. Between the award devaluations, fewer free upgrades, and the carriers valuing credit cards above passengers there’s just no reason to play the game anymore. 2023 will be my first year of free agency. No more AA EXP, no more UA silver. I will instead just book whatever is most convenient for me. It was good while it lasted, but after 40 years of playing frequent flyer games, the truth is these programs have matured and have almost run their course. As a marketing program they have been enormously successful. But they began life when there were 10-12 major US carriers. And now there are only 4. One can argue that these programs are no longer needed. Perhaps in five years there won’t be any of these programs anymore. If they’re still around then, people will continue to chase miles but those miles won’t be worth anything of value. 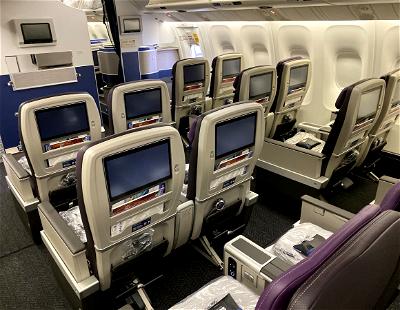 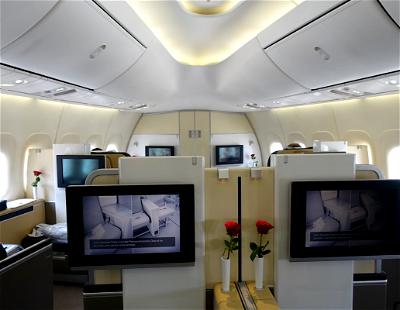