Update: United Airlines has formally announced an order for 270 aircraft, including 170 Boeing 737 MAXs and 100 Airbus A321neos.

While there’s nothing official yet, there have been widespread rumors that United Airlines is expected to announce a huge aircraft order next week, possibly the biggest in its history. I wanted to take a look at what we do know, and share my thoughts on what we might see.

As noted by Forbes, United Airlines is shortly expected to announce what may be its biggest aircraft order ever. According to sources, United Airlines will order 200+ jets, which could be split between the Boeing 737 MAX and Airbus A321. For context:

Based on the carrier’s fleet, my guess would be that:

There’s also talk of the airline potentially ordering some wide body jets, but it remains to be seen if that materializes.

On Tuesday, June 29, 2021, United Airlines is expected to have an investor presentation, during which it will provide an “update on its strategy.” This is when the news is expected to come out. United hasn’t officially confirmed the news of an aircraft order, with a spokesperson stating the following:

“We do not currently have a deal in place with Boeing or Airbus to purchase new aircraft and do not comment on speculative aircraft orders.”

But a United Airlines spokesperson also said the following, which almost seems to suggest that such an announcement is coming:

“We have, for months now, turned our attention away from managing the crisis of the pandemic and toward planning for our bright future. Those plans include thinking about how to harness the power of the best, midcontinent hubs in the industry; capitalizing on the financial benefits of increasing the gauge of our fleet and, most importantly, building on the significant improvements in our customers’ experience.”

What else will United Airlines announce?

Reading between the lines based on the above statement from a United spokesperson:

The industry sure changes quickly

More a general industry observation, rather than anything specific to United Airlines. It’s fascinating to me how during the pandemic airlines were warning that if they didn’t receive billions of dollars in government aid the industry would basically never be the same.

Sure enough they got that money, and now just months later, airlines are back to spending money on things ranging from new planes, to supersonic jets, to electric air taxis. I guess privatizing profits and socializing losses is nothing new in the airline industry, though.

This is likely part of an even bigger announcement, though, which could include some updates to hub strategy, as well as improvements to the customer experience. I’m curious to see how this plays out.

What kind of an announcement are you expecting from United?

Tim, you are the worst airline critic I’ve seen. Always, always, always against anything UA does. No matter what, it’s the worst according to you. Well I got news for you, UA is not only poised to overtake both AA and UA as the world’s largest airline on several metrics, but the quality and characteristics of the product will be unmatched. You are just a Bitter piece of human excrement, bitter and jealous piece of shit. It really just reflects who you really are as a person.

I have flown all the US Carriers and have found United better than any of them. That has been my experience over the past 20 years of flying all the time for business. Others may find AA better. It depends on the hub you go out of all the time as well. I go out of Washington Dulles and United pretty much owns that place. Glad to see them upgrading as they come back alive from COVID.

Deltas never seen a used aircraft they didn’t have the itch to buy. No a fan of their stinginess. Presence in SeaTac as one of their hubs vs Alaska Air is always a stink. 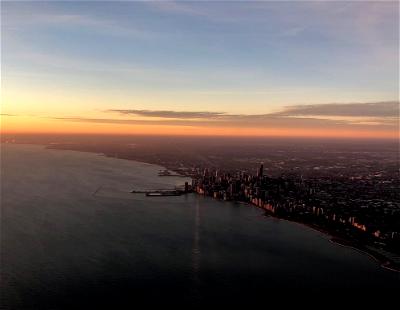 26
United Airlines Executive Missing For Over A Week