For well over two years now, Hong Kong has imposed among the strictest travel measures of anywhere in the world. Not only has Hong Kong had a mandatory quarantine for travelers (in some cases of up to 21 days), but there has also been a bizarre system of punishing airlines that import coronavirus cases. Well, that ridiculous system is finally coming to an end… for now.

Since the start of the pandemic, Hong Kong has had a policy intended to punish airlines that bring passengers to Hong Kong with coronavirus. The way this works, if a flight brings over five people to Hong Kong who end up testing positive for coronavirus, the airline will be suspended from operating that route for a period of time.

The government of Hong Kong has finally suspended its flight ban policy effective immediately. As the government described the decision:

“The social cost caused by the ‘circuit breaker mechanism’ is quite large, and it also brings unnecessary trouble to these international students and their families.”

For now this is just being labeled as a suspension rather than a permanent policy change, so we’ll see if it maybe returns in the future.

However, even with these changes, Hong Kong has a long way to go before there’s any sort of a travel recovery to a pre-pandemic norm.

Hong Kong continues to require a minimum of a one week quarantine in a facility in order to enter, and that’s going to be a deal-breaker for a vast majority of travelers. While the government claims it wants to take the steps “necessary for social and economic recovery,” there’s only one way to do that, yet that doesn’t seem to be on the table.

Hong Kong has suspended its policy of banning airlines that import coronavirus cases. It’s good to see this change, as that was probably the single most baseless travel restriction in place in the entire world.

While Hong Kong is making all kinds of minor positive adjustments when it comes to travel, the one week quarantine for visitors is a deal-breaker. I love Hong Kong, and I sure hope that policy changes sooner rather than later.

What do you make of Hong Kong ending its flight ban policy?

I think there are a lot of non pandemic reasons that travel won't be returning to 2018 and prior levels in HK!

Greetings from China Mainland. Hope one day I can travel freely overseas.

Oh, joy! Now we get to fly to a second tier Chinese city that was formerly a major world city. Meanwhile, Singapore is laughing its arse off all the way to the bank.... 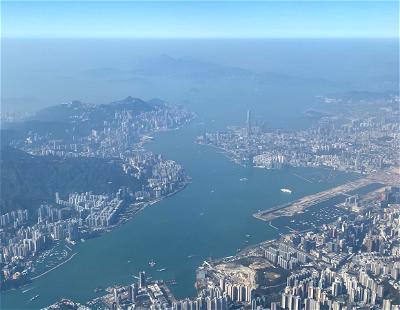