Germany’s Condor is adding a noteworthy new route, which I think could be indicative of what we see going forward.

German leisure airline Condor will be launching flights to the Big Apple, to coincide with the United States reopening to vaccinated foreigners. As of November 11, 2021, Condor will launch 5x weekly flights between Frankfurt (FRA) and New York (JFK). The route will operate on Mondays, Thursdays, Fridays, Saturdays, and Sundays, with the following schedule:

The 3,856-mile flight is blocked at 8hr50min westbound and 7hr25min eastbound. Condor will use a Boeing 767-300 for the route, featuring 253 seats, including 18 business class seats and 235 economy class seats. Condor’s 767 business class features angled seats, so it’s not really competitive with what else is out there, but ultimately this is a leisure airline.

Historically Condor is a leisure-oriented airline. We’re talking really leisure-oriented — I’m pretty sure Condor doesn’t even count a fanny pack as a personal item, because just about everyone onboard has one.

Pre-coronavirus, Condor flew to several points in Cuba, the Dominican Republic, etc., to give you a sense of the routes we’re talking about. Heck, I flew Condor from Frankfurt to Whitehorse, which I’d consider to be the most random transatlantic route.

However, times are slowly changing for Condor. The airline currently operates a fleet of outdated 767s, but Condor’s long haul fleet will soon be refreshed with brand new A330-900neos, offering a much improved inflight product.

When that announcement of the fleet renewal was made, I questioned if we might see Condor slowly go head-to-head against Lufthansa on more routes:

It’s fascinating to me to see Condor add a Frankfurt to New York route, as this is one of the more “mainstream” routes we’ve seen Condor add in a long time. I’m curious to see if there’s more of these types of routes in the future, or if this just reflects the shift in travel demand at this point in the pandemic.

Condor will be launching 5x weekly flights between Frankfurt and New York as of November 2021, coinciding with the United States reopening to vaccinated Europeans. It’s cool to see Condor expand to some more “major” leisure markets, rather than just niche point-to-point routes. I’m curious to see if this could be the start of more mainstream routes for Condor.

What do you make of Condor’s New York service?

I was speaking on a roundtrip basis. Fares between the US and Germany are disproportionately higher than between the US and Southern Europe plus France (which have a larger leisure component) and the Netherlands, partly because Germany has a stronger, more developed business economy. Lower cost competition works best in markets that are highly concentrated as Germany is and also where fares are generally higher due to a more business-focused economy.

Angled seats that don't lie totally flat used to be the top of the line. In recent years, business ass is much better but not economy class. That is why the rich must be punished. High taxes, tax miles, more regulations, etc. 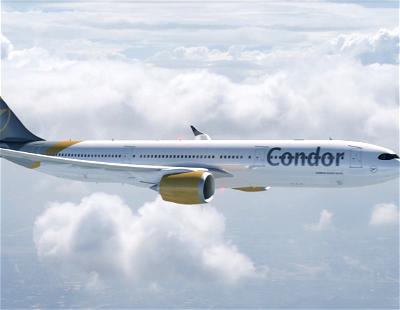 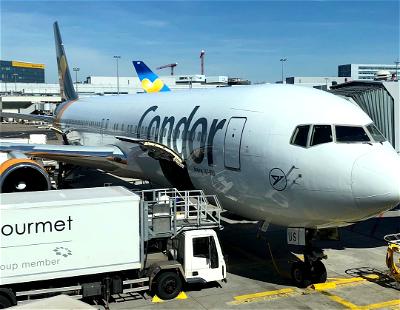