I think this is a great article, but it also highlights my concerns about over-diversification with points/miles accumulation. I am a casual traveler only, and only fly 2-3 times a year. I live near DFW, so I mainly fly AA. For the same reason, I have AA Citi personal and business cards to rack up AA miles. However, after reading this post and several of Ben’s other posts on miles, I’m starting to wonder if that’s the best strategy. What point/mile strategy would you recommend for casual travelers? Thanks!

Now, full disclaimer: this might not be the same advice you’d get from Ben. We tend to agree on most things, but every so often we have different opinions about stuff like which airline is most awesome or which is the best One Direction song. 😉

So I think he’d agree with most of this, but just fair warning.

Anyways, Matt’s question resonated with me because the majority of the people I interact with are casual travelers. Not just my friends and family, but the bulk of our clientele would definitely fall into the “2-3 times a year” category. And I do think their approach needs to be somewhat different.

Ben talks about this all the time, but it’s even more important for casual travelers to have an idea of what they’re working towards. In my experience infrequent travelers care more about their destination than their redemption value.

So it might make sense to start with the destination and work backwards, rather than starting with the best/easiest/most valuable points currency. 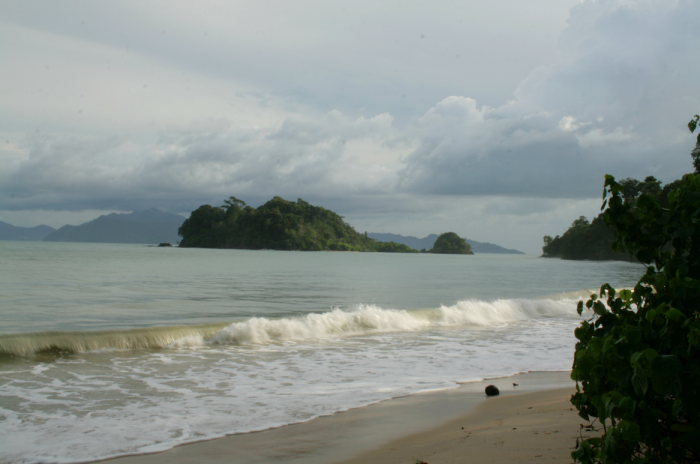 We went to Malaysia for a wedding – the great AAdvantage redemption was an awesome perk, but not the goal

I can’t tell you how many times a day we get emails from people who have exactly the wrong points for where they want to go.

You don’t need to become an award expert or anything, but just have a general idea of where you want to go, or how you want to get there. Know how many miles it takes to get to your destination in a premium cabin. Find out which airlines fly there. Know their alliance partners.

And then have a plan for getting the right points, and try to give yourself a few options by diversifying your miles.

You don’t have to diversify on your own

If you are seriously crazy about this hobby you can memorize award charts and sweet spots, and have every section of your AwardWallet account earmarked for a particularly aspirational redemption (something I’m certainly guilty of).

But you don’t have to make it that hard.

Because those programs have multiple partners your points are diversified by default, without you having to put a lot of thought into it. I think of it a bit like investing in mutual funds rather than picking single stocks.

Around 160,000 per person in each of those currencies will pretty much get you wherever you need to go in business class. (Pending availability, specific programs, and all the usual disclaimers. We’re making sweeping generalizations here, because this is the internet.)

Pick up a cash-back card to create a travel fund to cover things the miles won’t, like fuel surcharges and phone ticketing fees. It doesn’t have to be a complicated system.

That way when you have the opportunity to go somewhere fantastic with your miles, you’re not locked in to a certain carrier and their partners.

Be opportunistic, but loyalty agnostic

Many people get stuck in the rut of thinking they need to accrue miles with the airline they fly the most often. If you’re hub-captive you might end up flying the same airline by default, but I don’t personally think it makes sense to be loyal to an airline unless you’re flying more than 25,000 revenue miles a year.

Otherwise you can get many of the same perks as you would get at the bottom loyalty tier by picking up a co-branded credit card.

Ditto for hotels. If you’re not staying at least 25 nights a year you’re probably best off as a free agent. My mother drives me crazy because she insists on staying “loyal” to Starwood, but she only has maybe ten hotel stays a year. If that.

So she’s paying more for every hotel stay, but she’s not staying frequently enough to leverage elite status or receive any of the perks associated with program loyalty.

Similarly, I had a phone consultation with a client last week, and we were discussing their credit card strategy for 2015. At one point in the conversation they remarked “well, we need to keep our SkyMiles card, because we live in Atlanta.”

I mean, get a SkyMiles card, by all means. But get it for the signup bonus, or the baggage allowance, or if you need the MQDs to reach the next tier. Don’t just get it because of your zip code. They’re not even the best cards for accruing SkyMiles in many cases. 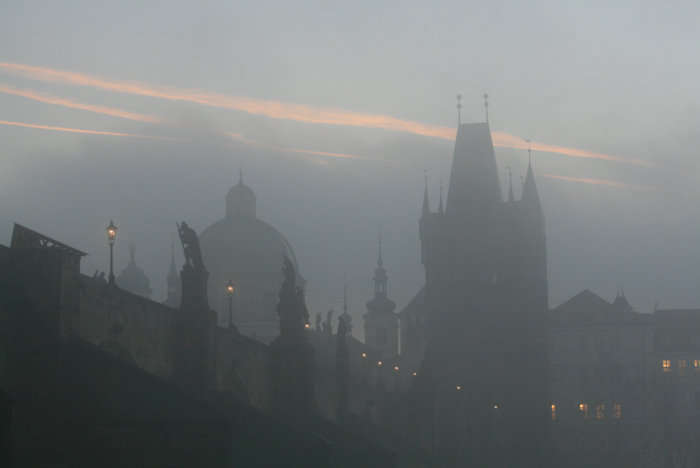 I secretly love SkyMiles, and we used them to go to Edinburgh and Prague last year, but still…

Loyalty has a cost, and it’s harder for that equation to balance if you’re a casual traveler.

As an example, even with the 100% mileage bonus as an American Executive Platinum, and flying over 100,000 revenue miles this year, I’ll earn more miles this year from the Citi Executive sign-up bonanza than I will from flying.

Of course I receive other benefits along with those butt-in-seat miles, all of which have a value to me, but as a means of accruing miles flying is definitely the more difficult route nowadays.

If you can earn a few hundred thousand miles from leveraging credit cards, shopping portals, and promos, does it really matter which airline you fly most on the few paid tickets each year?

If you only get one trip a year, would you rather have one option for redeeming your miles, or dozens?

That’s ultimately the choice you’re making when choosing to accrue miles in a single airline program versus a transferable points currency.

Instead of being loyal to a certain brand, look to take advantage of the best promotions and deals that will help with getting you where you want to go. With some strategic applications most casual travelers should easily be able to accrue enough points to cover the handful of flights and hotel stays they need each year.

What do you think? What would you recommend for a less-frequent flyer like Matt S.?

Just trying to figure out which card is right for me. I am a casual traveler at best. We do a yearly vacation either to Europe or to a sunny beach with clear waters. So I am in between cards at the moment. I am not sure if a strict airline card would be good, a co-branded like Starwood, or the venture card would be best. Cards I have been reading over have included chase sapphire preferred card, capital one venture rewards card, but I am open to other cards . I do the usual spending (ie: groceries, daily activities, entertainment, dining…) I’m mainly looking for something that I could gain miles/points from and when we do have a “vacation” I can use the accrued miles/points to help pay the flight or the hotel, or both if possible. Any help/advice would be greatly appreciated!

P.P.S Yes, thanks re qantas. It has reminded me to look in a few boxes for my card number. OR I will contact them today. If I was in Sydeney, I could drop in and ask Alan. He's got a great view. Just saw SPG = Starwood Pre-screened Guest. And I do know some, can guess others ... but not all

Thanks for your reply. Yes, it was points (100k+) It gets confusing, as I am not on top of this. I am looking for a flight to Phillipines in next few months, so I sortof, by chance, came across this site only 2 days ago. It stimulated my interest - and my memory. I will be intending to travel a lot more over next few years, so am investigating all possibilities and options that lay before me. What did you mean by "qantas miles not useful anywhere"? I did read the beginners guide. This is a news clip from last week "Qantas CEO spends $5m on Sydney weekender. With $12m pay Alan Joyce .... just one day after his company topped a list of public companies which dodged paying any tax last year. In the past 12 months, Qantas has reported earnings of $14.9 billion." Great to see that he has saved up all those 35 daily commute miles, so he could redeem them for the house. Whereon this site, can I find a list of abbreviations: like NH, CX, SPG, MIA? P.S Are you still headed in the one direction?