The Marriott Bonvoy program launched just over three months ago. The changes that kicked in as of then weren’t too substantive, as Marriott’s three loyalty programs were largely aligned as of last summer.

What changed in February was how the programs were marketed. Marriott also made changes to the way they branded their elite tiers, and I was curious about the impact this would have on elite recognition.

This isn’t about whether or not hotels provide elite upgrades or other benefits, but rather about how they recognize various elite tiers. Specifically, prior to the Bonvoy program launching, Marriott had three tiers of Platinum (Platinum, Platinum Premier, and Platinum Premier with Ambassador service).

With the introduction of Bonvoy, Marriott changed how they marketed the tiers:

I was curious how these changes would impact elite recognition. For example, I’ve been an Ambassador with Starwood/Marriott for years, though I can count on one hand the number of times at check-in that I’ve been thanked for being an Ambassador member. Rather I was always thanked for being a Platinum member, since Starwood’s system historically didn’t do much to differentiate the tiers.

That’s totally fine, and was accurate, since Ambassador was a type of Platinum.

But that has changed now, as Titanium and Ambassador are no longer “flavors” of Platinum. They’re separate tiers.

It seems to me like hotels can’t get it quite right. For example, since the Bonvoy program launched, front desk associates have thanked me for being a:

But I’ve never actually been thanked for being an Ambassador member, which is odd, because it’s my understanding that the system now clearly shows this.

The reason I bring this up is because yesterday I wrote about my (pretty bad) experience at the W Dubai, and in passing I mentioned my interaction with the front desk, where I was thanked for being a Platinum member. A reader asked the following:

You only have platinum status? Wow. I figured you were ambassador or titanium. If you aren’t platinum then I don’t know why you overlooked pointing out that the hotel failed to get your correct elite status right. There is a huge difference now between platinum and ambassador.

None of this is a big deal, of course, but I’d be curious to hear the experiences others have had. I can’t even imagine how much Marriott spent designing the Bonvoy program, so it’s puzzling to me that they can’t even seem to get front office staff to get the tiers right.

I don’t care hugely one way or another, though it is a bit strange to be thanked for being a Marriott Bonvoy member (of which there are 100 million plus members, and it’s free to sign up and takes 60 seconds), when in fact I’m someone who spends 100+ nights per year at Marriott hotels.

So regardless of your status with Marriott, I’m curious what experience you’ve had with hotel staff correctly recognizing status under the new Bonvoy program at check-in? And to readers who work at Marriott hotels, can you clarify if the system clearly shows Titanium and Ambassador status, and if so, what might be causing this confusion?

Share
Tweet
Conversations (108)
The comments on this page have not been provided, reviewed, approved or otherwise endorsed by any advertiser, and it is not an advertiser's responsibility to ensure posts and/or questions are answered.
Write a comment
Cancel reply
Report a Comment
Thanks for letting us know!

Submitting...
Featured Comments
View all comments (108)
Write a comment
Most helpful comments ( as chosen by the OMAAT community ).

I always ask for an upgrade, “you’re already upgraded” was the last comment when I checked into the Raddison downtown Phoenix.

I am a lifetime titanium member. I remember way back when Marriot was the McDonald’s of the hotel business. The experience was seldom over the top BUT there were no surprises because the staff training was always perfect. As they have grown so large, the consistency and control has slipped away. Employees (who don’t really work for Marriott) no longer “drink the coolaide”. As the biggest, with the most choices, being a part of the family is no longer important. These days, if I stay at a domestic Marriott property, I stay at a Fairfield Inn as the rooms are pretty much the same and and the service is usually better. Abroad, IHG is feeling like the Marriott of old.

Working at a Marriott Property myself I'd like to say @Ryan's comment was superb. @Rob hit some good points too. At my property we got a lot of training during the merge and were even sent big posters outlining each individual perk all tiers receive that we studied in order to be prepared to answer our guests questions. We also have a smaller one kept at the front desk to pull out and show anyone who inquires. Check the Marriott site and read what you should be getting-- as well as the fine text. For instance, upgrades are available based on availability, but if you see it available online and the FD Associate tells you otherwise it's possible the systems are out of balance (something that is incredibly frustrating to us too, Marriott needs to work on that.) In other cases, make your voice heard! Leave a review, call Marriott Rewards Help Desk, ask to talk to the Manager for an explanation... something. Like @Cece said, there are lots of cash options for you if you aren't receiving or being offered a perk you deserve. In regards to the membership status being repeatedly wrong.. I'm really not sure what this could be other than the system displaying the wrong information, or simply lack of training. There are multiple PMS systems we are permitted to use and its at the hospitality group or management's discretion, so I'm not sure if a certain one doesn't display that correctly. My property uses the DOS looking system and I've never had it display me wrong information about someones status. Honestly, I feel like there is no excuse to not name these status' specifically when thanking members. The whole point of the program is to award loyalty and these tiers are supposed to mean something. Lastly, about upgrades; I always feel a little embarrassed when a Bonvoy member has to ask me for an upgrade and it turns out it is indeed available. Like @Ryan said, blocking and upgrading rooms is an AM shift duty for the current day arrivals so PM shift kinda gets the short end of the stick when it comes to time of check in if it wasn't done properly that morning. I try to catch it before the guests start coming in and upgrade members beginning from Ambassador, especially if they are here longer than one night. With the new Suite Night Award feature I hope you guys get the upgrades you want more often, though. 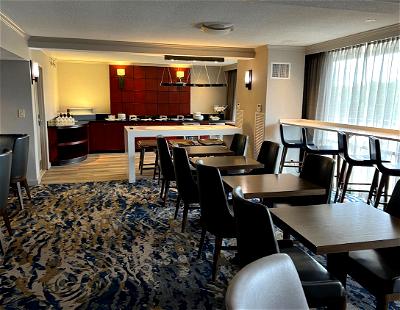 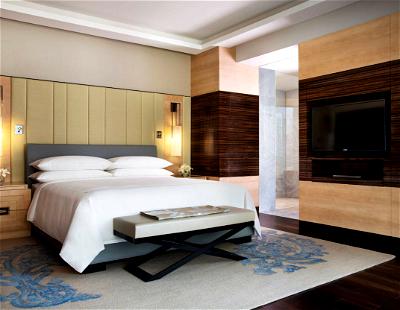