51
Share
Tweet
In the interest of full disclosure, OMAAT earns a referral bonus for anyone that’s approved through some of the below links. These are the best publicly available offers (terms apply) that we have found for each product or service. Opinions expressed here are the author's alone, not those of the bank, credit card issuer, airline, hotel chain, or product manufacturer/service provider, and have not been reviewed, approved or otherwise endorsed by any of these entities. Please check out our advertiser policy for further details about our partners, and thanks for your support!

Used strategically, and with a healthy amount of spend over the course of a year, the Delta SkyMiles® Reserve American Express Card card might be the single most valuable card I can think of for a dedicated Delta flyer. Now, to be clear, it’s not the most lucrative card in terms of earning points. And the annual fee is $550 (Rates & Fees), which is substantial.

But, for various other reasons, it may the best card out there if you value elite status on any legacy airline. That it happens to give you status on the best domestic carrier, hands down, is icing on the cake.

You Earn a Ton of Medallion Qualifying Miles

Without even setting foot in a plane, that can earn you Gold Medallion status with MQMs to spare (and since they roll over to the next year, that’s not nothing).

And of course, if you’re a big spender and own your own business, you could get the Delta SkyMiles® Reserve Business American Express Card and earn up to an additional 60,000 MQMs from an additional $120,000 of business spend (on top of any welcome offer MQMs, to boot).

Where this makes the most sense is for flyers like me, who are infrequent travelers but who value the perks that come with elite status. On an average year, I maybe fly 20,000 or 25,000 miles on Delta. With $60,000 in spend, that puts me over 50,000 MQMs and at the Gold Medallion threshold, which is a huge step up from Silver.

You Don’t Have to Worry about Medallion Qualifying Dollars

Delta’s Medallion program doesn’t just require that you fly a targeted number of MQMs a year to qualify for a given tier of Medallion status, but also that you spend a targeted amount of money with Delta (what they call “Medallion Qualifying Dollars,” or MQDs).

We can discuss the merits of this another time. No one was thrilled to see MQDs arrive (except for the copycats at United).  But MQDs do succeed in “thinning the herd” a little. And with the Delta Reserve card (or, really, any Delta co-branded credit card), that puts you at an advantage.

The MQD requirement is waived when you spend $25,000 a year or across all of your Platinum or Reserve Delta co-branded credit card (Up to Platinum Medallion — You’ll need to spend $250,000 to get the waiver for Diamond Medallion). That means that if you’re specifically using your Delta Reserve card to hit MQM thresholds, you needn’t even worry about the MQD requirement. It’s waived.

You Get a Free Companion Ticket … In Any Class

For me, this is another huge benefit the Delta Reserve card offers which adds value: every anniversary, you get a companion certificate that can be used for domestic economy, comfort+, or domestic first (excluding flights to Hawaii).

There are a couple of restrictions: the ticket has to be roundtrip, and few changes are allowed once the tickets are issued; if you have to cancel or change your companion’s ticket later, the companion certificate is voided. And when you search for companion fares, the companion-eligible fare you see is not always going to be the lowest fare.

It’s incredibly valuable when it does work. And it often does work. You may have to search for dates or times that yield the best value, but I’ve seen first class fares from LAX to New Orleans price out lower at $750 (for two tickets, mind you) and fares between Seattle and LAX pricing out well below that.

I’ve seen transcontinental fares between LAX and, say, Boston around the $1,000 mark. Companion fares on Delta One between LAX and SFO and JFK can regularly had between $1,200 and $1,700 total: that’s a screaming deal if you want to buy two tickets on a very premium product between California and New York.

Of course, now and then you can do a search and see a companion ticket price out at $11,000 or more.  Don’t be discouraged. Keep searching and look for the sweet spot.

Companion certificates can be used for coach fares, as well, which may not always be the most aspirational redemption but which can sometimes prove useful.

Plus The Usual Roster of AmEx Benefits

A lot of these benefits are redundant with the benefits you’ll get if you already have the American Express Platinum Card, but it’s worth pointing out you get:

None of these are in and of themselves reasons to apply for the card (although lounge access is valuable, especially as SkyClubs have gotten nicer and the food and beverage selections have expanded), but the added perks are helpful in any event.

I’m sure I’m in the minority here for choosing to put the bulk of my annual spending on a card that doesn’t offer me bonus miles for certain categories of spending (other than on Delta, and even then, 2x is not especially eye-popping). But for me, since I don’t personally fly the requisite number of butt-in-seat miles to qualify for high level elite status, the Delta Reserve card is extremely valuable because it gives me a fast track to Medallion status.

Maybe that’s ideal for you, too. As Ben will never hesitate in pointing out, SkyMiles are (for most uses) “worth less” than AAdvantage miles or MileagePlus miles. But to me, the Delta inflight product is vastly superior. In my experience, Delta treats its Medallions extremely well (and hey, your mileage may vary, and probably will). Using a card to spend my way to easier upgrades, free companion first class tickets and the dedicated customer service that comes with Medallion status is a no-brainer.

I am trying to have Delta match my American Airlines Gold status with Delta's Silver Elite status. According to their SKYMILES MEDALLION® STATUS MATCH CHALLENGE page for Terms & Conditions states that the required 6250 MQMs can not be earned from Delta branded SkyMiles credit cards...they do not count. Is that true? Does that mean that getting the AMEX Delta Reserve card with its instant 10,000 MQMs can not be used? Thanks.

So if you use this card for husband and wife household purchases...who get the MQM's? I assume only the person listed as primary on the card? Also are the rewards only redeemable for mileage? No cash back?

Yes, the Reserve is a different product. 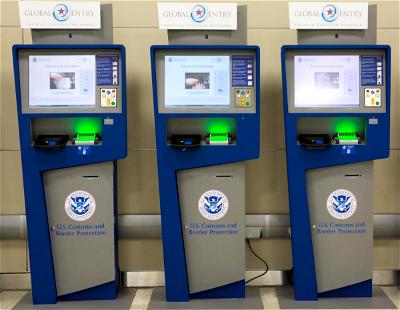 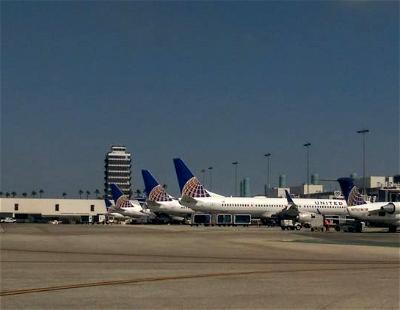 55
Is This The Strangest Flight Schedule You’ve Seen?