Yesterday I wrote about Icelandair’s frustrating and confusing flight schedule, and I wanted to provide an update to that, as Icelandair has published the latest flight schedule for the rest of the month… and it’s bad news for Americans who were looking to visit.

Iceland may be off limits for Americans

Up until now the plan was for external European borders to open as of June 15, though it’s increasingly looking like that will no longer be the case, as governments look to push that timeline to July.

Iceland will continue to implement the travel restrictions imposed for the Schengen Area, which are currently due to remain in place until 15 June 2020. These restrictions may be extended until 1 July, but this remains to be decided by Schengen member states. While these restrictions are in place, foreign nationals, other than EU/EEA, EFTA or UK nationals, are generally not allowed to enter Iceland.

While no final decision has been published, it does look more likely than not that European border openings will be delayed, making Iceland off limits for most American tourists for the remainder of June.

How Icelandair has been scheduling flights

Airlines globally are in a tough position when it comes to scheduling flights, given how fluid the situation currently is:

With that in mind, I know a lot of people have been frustrated and confused with Icelandair’s practice of selling flights:

Icelandair has been selling flights they have no plans to operate

Until last week, Icelandair was selling seats on near daily flights for most of June from around eight gateways in North America, including Boston, Chicago, Denver, New York, Newark, Seattle, Toronto, and Washington.

The thing is, we’ve known all along that the airline had no intention of operating most of those flights. Icelandair’s only transatlantic gateway for the time being is Boston, and for that matter it wasn’t even realistic for the airline to operate so many flights to North America, given the testing limitations.

Why has Icelandair been selling seats just a couple of weeks in advance on flights that they’re 100% sure they won’t operate?

Well, who knows, though I have one guess. Icelandair has been doing what they can to offer vouchers in the event of flight cancelations, so it’s almost like they’ve been trying to get people to book seats on flights that they knew they wouldn’t operate in order to generate revenue.

Icelandair publishes schedule for second half of June

Icelandair has been publishing their updated flight schedule just days in advance. For example, it’s only late last week that the airline published a flight schedule through June 14, so realistically you haven’t been able to know if your flight will operate further in advance than that.

This week Icelandair published the planned flight schedule between June 15 and June 30, which marks the beginning of Iceland offering testing on arrival for eligible passengers.

Based on the schedule, the airline will be operating to the following 11 destinations (frequencies listed represent total flights between June 15 and June 30):

Why will Icelandair maintain Boston flights?

While Icelandair published the initial schedule for June 15 to June 30 yesterday, it’s only today that the airline added Boston to the schedule. Previously the airline was going to operate daily flights between Boston and Keflavik, but that has now been replaced with 2x weekly flights.

Clearly Icelandair isn’t expecting Americans to be allowed to travel to Iceland for the remainder of June. Why is the airline still maintaining this route, then?

Icelandair has finally published an updated schedule for the rest of June. The airline will fly to 11 destinations, and in total the company’s service to the US will be limited to 2x weekly flights to Boston.

Clearly Icelandair isn’t expecting that Americans will be allowed to visit as of next week. Therefore the Boston flight is clearly intended primarily to maintain cargo links.

Ah, IcelandAir did fly a few of their scheduled Seattle flights in late July and early August, but seems they have cancelled them again. New entry requirements posted on August 19 for Iceland.

@Lukas Any update on the FI flights? It looks like they are *not* following the updated schedule for the various cities. https://www.icelandair.com/support/pre-flight/flight-schedule/ Seattle showing only connections via BOS despite the "1 trip per week" beginning July 6.

"Icelandic justice minister Áslaug Arna Sigurbjörnsdóttir (pictured) has told RÚV Iceland will open to non-Schengen arrivals no later than 1st July, regardless of whether other countries in the zone do the same." Great news. I think we can expect Icelandair's July flight schedule in around 10 days. https://www.ruv.is/frett/2020/06/11/two-extra-weeks-until-iceland-opens-to-non-europeans 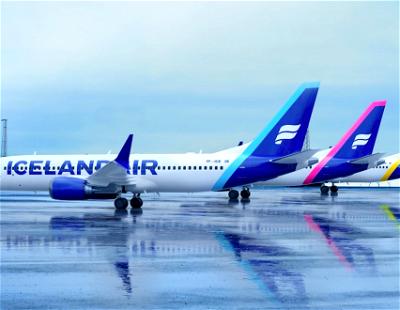