It looks like Icelandair flight attendants won’t (temporarily) be replaced by pilots after all.

Icelandair was going to lay off all flight attendants

A couple of days ago I wrote about how Icelandair intended to lay off all flight attendants. The plan was for flight attendants to temporarily be replaced by pilots, given the excess pilots the company has as it’s operating a limited schedule. The company was then going to find “another party in the Icelandic labor market” to assume this role long-term.

This decision came after members of Icelandair’s flight attendant union voted against a collective bargaining agreement about a year ago. Since then, management and flight attendants had been unable to come to an agreement regarding wages and time off.

The head of the Icelandic Confederation of Labour said in response to this that they were “exploring every avenue to prevent this,” saying that this is “unbelievably shameless on Icelandair’s part.”

Fortunately it looks like a tentative agreement has been reached between Icelandair and the Icelandic Cabin Crew Association (FFI), as parties have managed to resume discussions, and have signed a new collective bargaining agreement.

This agreement is valid through September 30, 2025, and is based on the same principles as the agreement that was agreed to on June 25, 2020. The company claims that the agreement results in further reduction in operating costs without negatively affecting the employee terms of cabin crew members (I’m not sure how exactly that works, but…).

The agreement will now be presented to FFI members, who will vote on the agreement by July 27, 2020. It remains to be seen if they’ll accept the terms, though given the threat of all cabin crew otherwise being laid off, perhaps this has a better chance of passing this time around.

As a result, Icelandair pilots won’t take over responsibility for onboard safety, and the most recent cabin crew layoffs will be withdrawn.

Icelandair sure made headlines when the company planned to lay off flight attendants and temporarily replace them with pilots. I’m happy to hear that the company has backtracked a bit. Management and the union have agreed on a new contract, but it will now be up to individual flight attendants to vote on this in the coming days.

Wise decision by Icelandair management not to move forward with that. Frank Lorenzo once tried a similar tactic at Eastern Airlines, what followed is history.

I read the more detailed article someone posted on the original story. The issue wasn't the union negotiators, they reached an agreement, the actual members decided to screw it up.

"I’m happy to hear that the company has backtracked a bit." I think you meant to say that the FA union backtracked from their demands. Lol 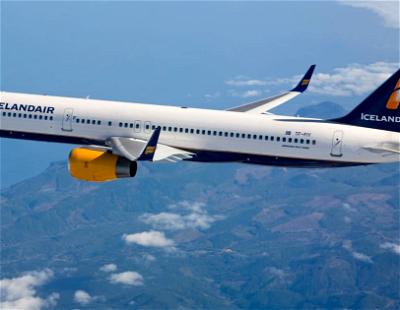