8
Share
Tweet
In the interest of full disclosure, OMAAT earns a referral bonus for anyone that’s approved through some of the below links. The information and associated card details on this page for the Hilton Honors American Express Aspire Card has been collected independently by OMAAT and has not been reviewed or provided by the card issuer. These are the best publicly available offers (terms apply) that we have found for each product or service. Opinions expressed here are the author's alone, not those of the bank, credit card issuer, airline, hotel chain, or product manufacturer/service provider, and have not been reviewed, approved or otherwise endorsed by any of these entities. Please check out our advertiser policy for further details about our partners, and thanks for your support!

There are lots of implications to the new year when it comes to loyalty programs and credit cards, including some benefits being reset. That includes with American Express, where those with an eligible card can receive a new airline fee credit. Based on the cards that I have, this is an opportunity to get hundreds of dollars of value per year.

In this post I wanted to talk a bit about the current state of Amex airline fee credits, given that it’s a new year, meaning that a lot of peoples’ credits have just reset.

What are Amex airline fee credits?

Cards offer a variety of benefits, and in the case of several American Express cards, one of those is an annual airline fee credit. The credit is intended to be used towards airline fees (as the name suggests), and for many of us, benefits like this help offset the annual fees on cards.

In the case of all American Express cards offering airline fee credits, the validity is based on the calendar year. This is a strict calendar year definition, so it’s not like some other cards, where it’s based on your cardmember year.

With Amex, airline fee credits are valid January 1 through December 31, and it’s a “use it or lose it” situation.

Which airlines are eligible for Amex airline fee credits?

You can designate one of the following airlines as your airline of choice for this benefit:

What can Amex airline fee credits be used for?

Per the terms, the annual airline credit can be used for purchases made directly with airlines, excluding the following:

While there are no guarantees that this will continue to be possible, historically some items outside of those categories have been reimbursed.

The American Express forum on FlyerTalk has individual threads dedicated to reimbursement reports for each airline, including Alaska, American, Delta, Frontier, Hawaiian, JetBlue, Southwest, Spirit, and United. It can be worth looking there for inspiration on some of the best uses, as you might be surprised by what some people report having luck with.

How do you register for Amex airline fee credits?

Your eligible airline purchase should be automatically reimbursed when charged to a qualifying card, assuming you’ve designated an airline for this benefit.

To verify or select your airline of choice, log into your Amex account, and then click on the “Benefits” tab along the top. Then scroll to the section that talks about the airline fee credit, and you’ll see the link to “select an airline.”

Amex could really update its descriptions, eh? AirTran and US Airways are still being mentioned.

Keep in mind that for The Business Platinum Card® from American Express, the airline you choose is the same one for which you’ll get 35% off when redeeming points with the “Pay With Points” feature. You’ll want to choose your airline carefully.

When I write about the Amex airline fee credit, there are often comments from readers about how it’s time that Amex update this benefit. The Amex Platinum was the original premium credit card, though it’s interesting to see how much less restrictive travel credits are on other premium credit cards:

By comparison, the Amex credit is highly restrictive, given that it only applies towards fees, that you need to register, need to designate an airline, etc. This benefit has gotten even less valuable during the pandemic, since most airlines have eliminated or cut change fees, which these credits apply towards.

While all of that is true, I think it’s important to acknowledge that the Amex Platinum offers an incredible number of credits, and it’s pretty clear that these benefits are designed to have a lot of breakage, or else the economics wouldn’t work out.

The Amex Platinum potentially offers over $1,800 in credits annually, and the intent is presumably that not all cardmembers maximize each of those perks. In other words, the restrictions around all of these benefits are likely by design. I wouldn’t expect Amex to ever replace a $200 airline fee credit with a flat $200 airline credit, for example.

While I hate when the year “resets” in terms of elite status, I do love picking up new annual airline fee credits thanks to the Amex cards I have. If you have any of the above Amex cards, you can go ahead and designate your airline of choice, and then start taking advantage of your 2022 credits… if you can figure out uses.

How do you plan on using your 2022 Amex airline fee credits?

I have recently used a Delta Reserve companion ticket voucher, and charged both the main passenger fee (in Delta First) and my companion's tax/fees to my Amex Platinum. Initially, the full amount showed up as pending, but later there were two separate charges, one for my full airfare (including tax/fee) and one for the tax/fee on the companion ticket. The latter was credited against my annual $200 incidentals credit.

Thinking about booking my first ever spirit flight to save about $300 to LAS vs Delta. If I make Spirit my choice on Plat, do I have to book the ticket and only the ticket first, and then go back in after the fact to pay for the Big Front Seats, or can I book it all in one go? I would imagine this is a very important thing to know, and the last thing I want is to book a seat on a potentially garbage airline and not get credit for it. Please advise.

I have never had an issue buying an airline gift card, that said now i have to call or chat with an agent to get it reimbursed. Im planning on doing the same thing again in 2022 and if they dont reimburse it im going to threaten to cancel the card, hopefully that works and if not ill probably cancel the coupon book, i mean card. 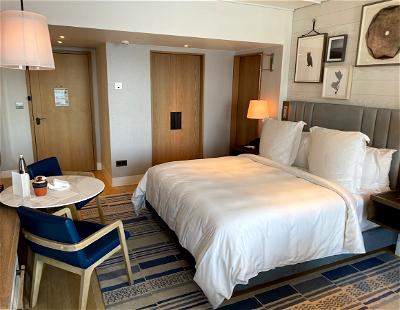