The latest Boeing 787-9 that Ethiopian Airlines received has a 1-2-1 layout in Business Class, also known as reverse herringbone. This new compared to the 2-2-2 configuration all of its widebodies have #ethiopianairlines #boeing #business #fleet #avgeek pic.twitter.com/o3WCMqChrM

This is a popular business class production used by many airlines, and represents a significant improvement for the Addis Ababa-based airline. For some context, prior to this Ethiopian Airlines’ best 787 business class seat was the Collins Aerospace Diamond seat. I know some preferred this to a reverse herringbone seat, for the ability to easily sit next to a travel companion. 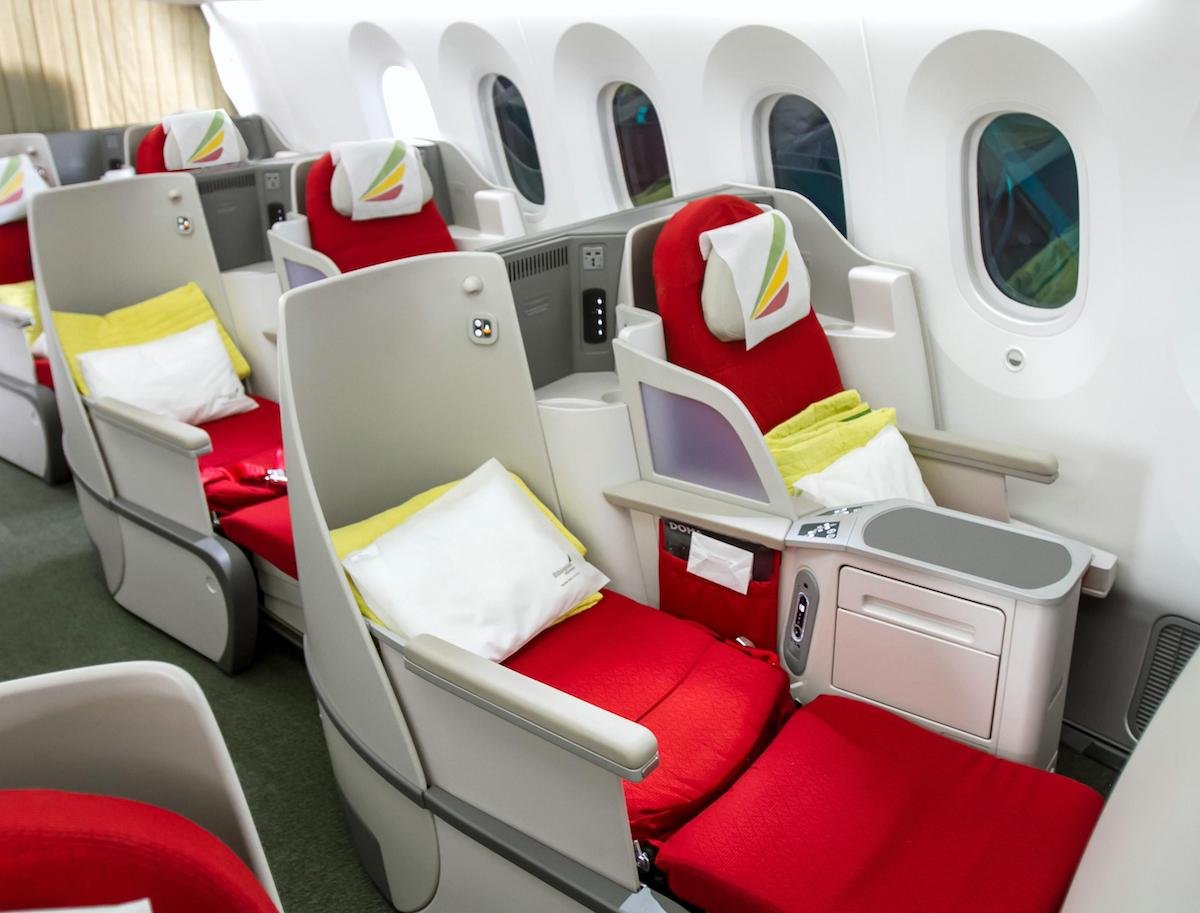 Prior to 2015, Ethiopian Airlines’ best business class seat was an angled seat, which is still what you’ll find on roughly half of 787-8s. 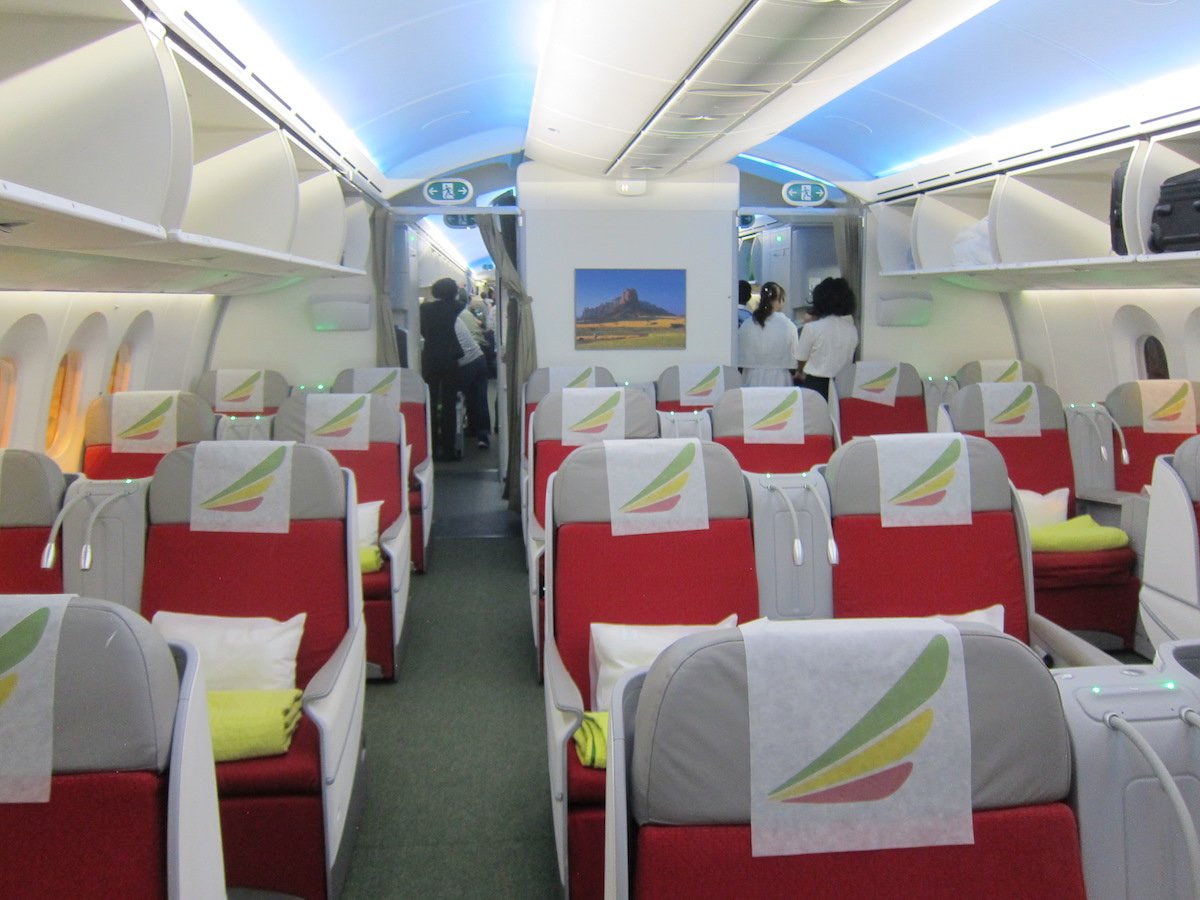 Wrong! Instead Ethiopian Airlines’ A350s will have Safran Optima business class seats, which are in a staggered configuration.

These are similar to the business class seats you’ll find on Air France’s A350s, for example. 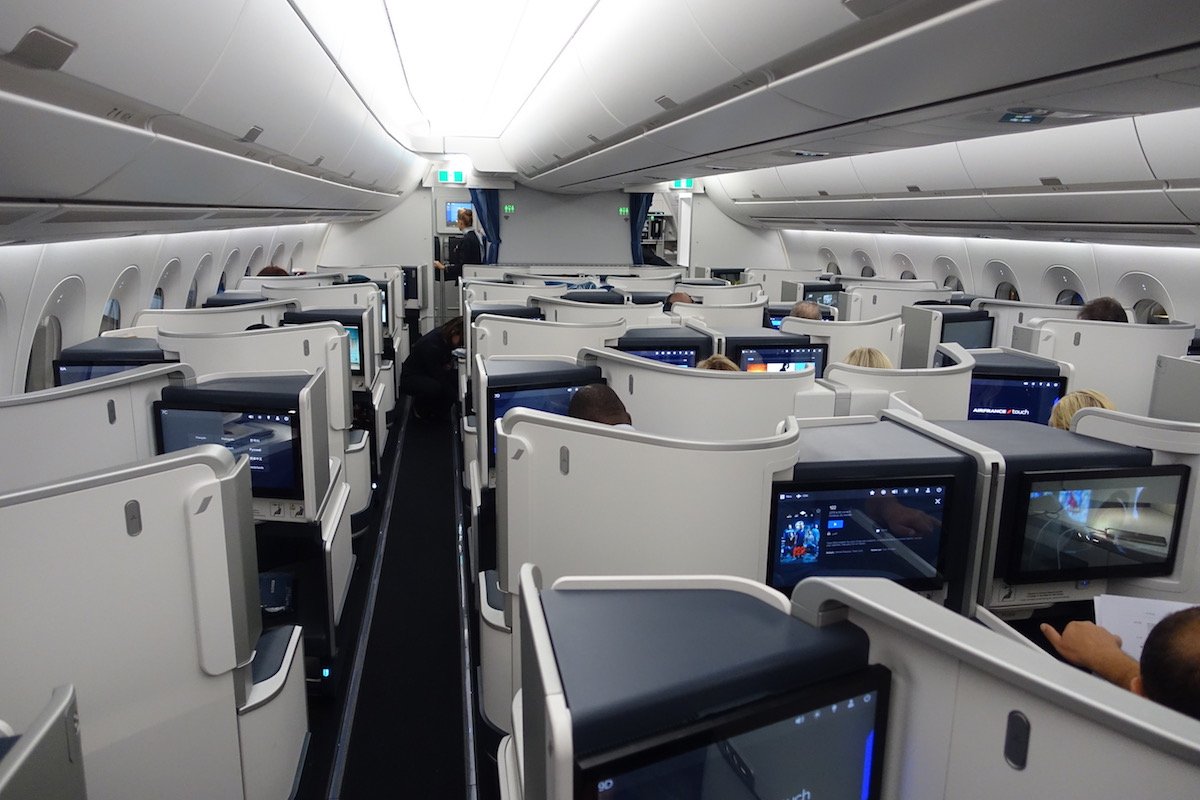 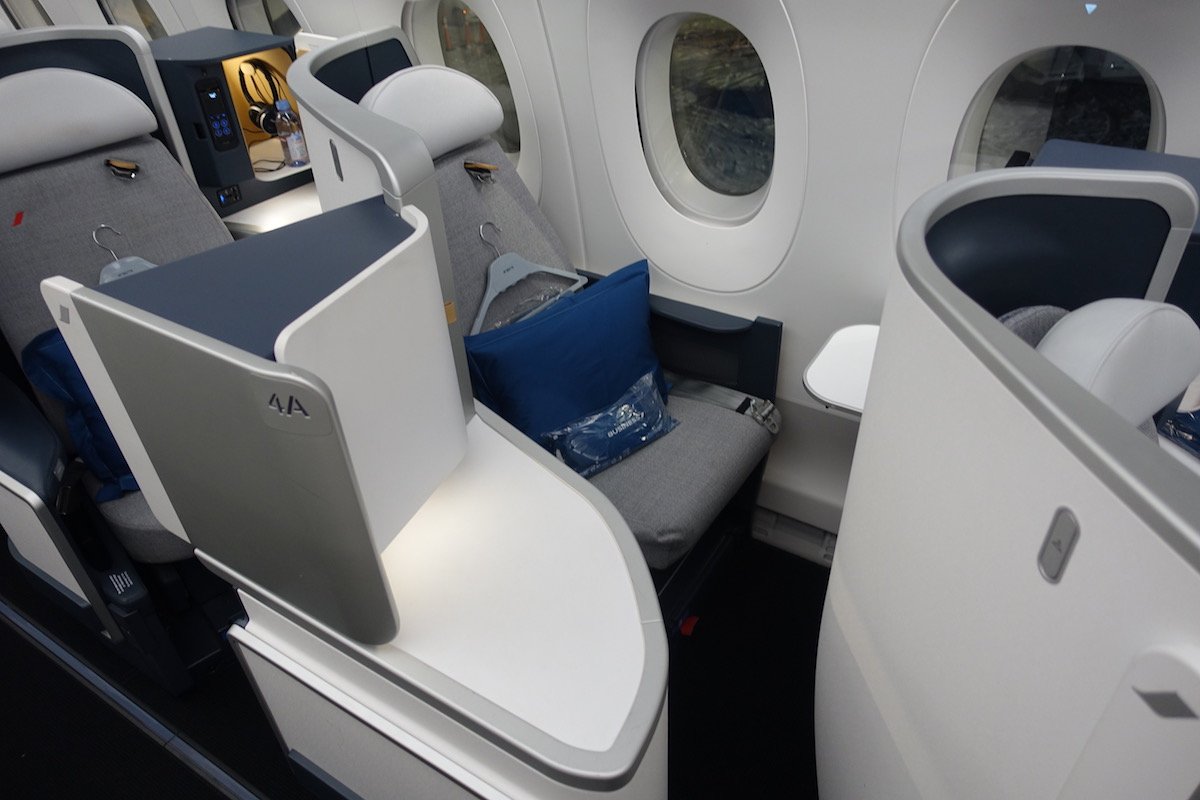 How many Ethiopian Airlines planes will get new seats?

On top of that, Ethiopian Airlines has stripped the cabins on some planes to convert them into freighters temporarily, and it’s my understanding that when they reenter passenger service, they’ll get the new seats.

Beyond that we don’t know much. As you can see, Ethiopian Airlines isn’t making a big deal about these new seats and hasn’t even promoted them publicly, so this seems to very much be a soft launch.

The pandemic has changed lots of things in the industry, so we’ll have to wait and see if other planes are reconfigured, as airlines look to conserve cash. Personally I’d only expect to see these seats on newly delivered aircraft for the time being. 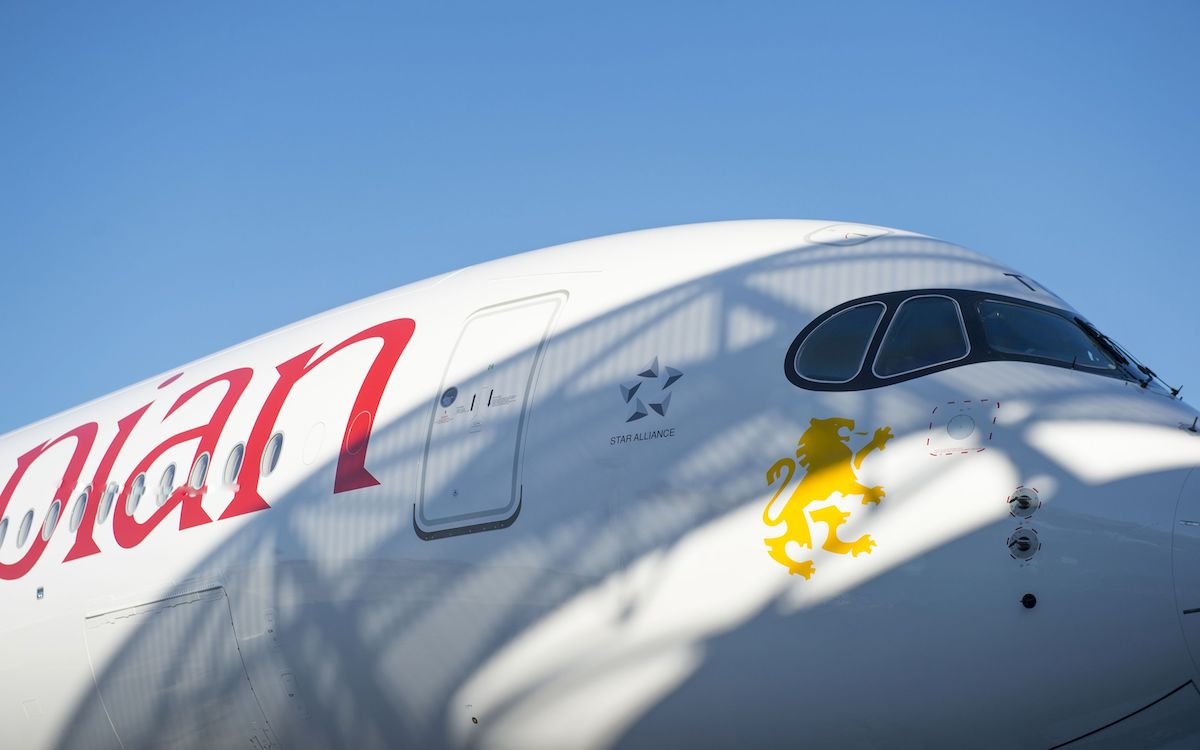 At least 10 Airbus A350s will feature these seats

Ethiopian Airlines has introduced not one, but two, new business class products. These seats are debuting on the carrier’s newly delivered 787-9s and A350-900s. Four planes have new seats, and a further 10 aircraft are on order that should also offer them. Only time will tell the extent to which existing aircraft will be reconfigured.

This is an exciting development, though frankly I find it bizarre that the airline is introducing two new business class products when Ethiopian already has an incredible amount of product inconsistency.

What do you make of Ethiopian Airlines’ new business class products?

I had the pleasure of flying A350 with ET new business class on ADD-DXB on 24th December. Heading back to Brussels via ADD this afternoon and again the new product :) Clearly a massive improvement over the "old" seats. Lots of privacy, especially the window seats. Shame that the soft product remains rather mediocre. @Lucky, last week I emailed you a bunch of pictures of the new seats. Feel free to post if you deem relevant.

Finally. Their current 787 product is the most uncomfortable long-haul biz product I've ever flown.

The Collins Diamond seats on Air Canada’s 787s are terribly uncomfortable and tight, especially with the placement of the tray. I hope these seats are updated and better.