Update: Eastern Airlines canceled this route within days of putting tickets on sale.

Eastern Airlines will fly to Europe!

Between May 28 and September 5, 2021, Eastern Airlines will launch a once weekly flight between Chicago and Sarajevo. The flight will operate eastbound on Fridays and westbound on Sundays, as follows:

The nearly 5,000 mile flight is blocked at 9hr eastbound and 11hr westbound. It will be operated by a Boeing 767-200ER in a two class configuration. Eastern Airlines’ most common 767-200 configuration features 238 seats, including 18 premium seats and 220 economy seats.

However, the airline acquired all of its planes secondhand, and it’s my understanding that configurations aren’t very consistent, so only time will tell what’s actually offered.

There’s a lot that makes this route cool:

What I can’t make sense of

Let me start by acknowledging that there’s a huge Eastern European population in Chicago, including people with ties to Bosnia and Herzegovina. The city has the second most Bosnians in the US, after St. Louis. On the surface I can totally see how there’s demand for this route.

What I can’t wrap my head around is how Eastern Airlines fits into the equation here. For those of you not familiar with Eastern, it’s without a doubt the most random airline in the US. The airline operates a fleet of over a dozen used 767s and 777s, and has a rather disjointed route network.

It flies routes like New York to Anchorage, Philadelphia to Mexico City, Los Angeles to Guayaquil, and Miami to Asuncion, as one does. Unfortunately the airline never launched its planned Alaska to China flight, which sure would have been fun.

What I can’t make sense of is Eastern Airlines’ strategy here:

Can someone explain the economics here? Did Eastern Airlines get some sort of a lucrative cargo contract for this once weekly flight, does the airline really think people will pay $2,000 to fly economy across the Atlantic over a “name-brand” competitor with a connection, and how exactly is this plane going to be positioned?

You guys know that I love “random” and new airlines, and Eastern Airlines has interested me for so long. Bosnia and Herzegovina is also a country that I’ve been wanting to visit.

I’m so tempted to book this as a post-vaccination trip, because the country is open with a pre-travel testing requirement, and this seems like a pretty cool flying experience. Anyone have feedback on Sarajevo?

Eastern Airlines has historically been focused on flights to Latin America, but the airline is now expanding to Europe, with a once weekly seasonal Chicago to Sarajevo flight.

While I can theoretically see where the market is for that, I still don’t understand how this route is supposed to work for Eastern, between the outrageous fares, and the fact that the airline doesn’t currently have a presence in Chicago.

What do you make of Eastern Airlines’ new transatlantic route?

Hello, if you decide to come to Sarajevo I will get you all the tips you need :) A friend of mine is a tour guide and he will give you a best tour of the city - my treat! He is the best tour guide in the country. There are mire cities to visit, hikes, waterfalls, lakes...you name it - we have it! Cevapi, baklava, and coffee on me as well! Welcome!

@Mickey and yet Serbia has a lot more infected than Bosnia. The truth is that in vaccination it is real disaster, but that doesn't have to do anything with going there as a tourist even now. It is not like you will socialize with local people and hug and kiss. You can go to beautiful mountains, to the sea, lakes...Also I would say it is much safer to go there because there are not so many tourists like in the rest of Europe. Serbia, Croatia, UK, France, Germany, Italy etc. most of other european countries have more people visiting during pandemic then Bosnia.

At the moment Bosnia is probably the worst place to visit in Europe . Covid is on rampage there with minimal vaccination . People are even queueing up at the border to get into neighbouring Serbia which vaccinates foreigners for free ... 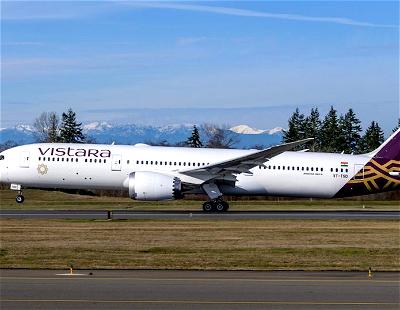