Over the past few years we’ve seen huge improvements when it comes to inflight Wi-Fi:

Delta is by far the most innovative of the “big three” US carriers, and they actually put effort into offering their passengers a quality experience. Along those lines, for quite a while now Delta has been talking about how they have the goal of eventually making inflight Wi-Fi free.

This May Delta ran a two week trial where they offered free Wi-Fi on 55 flights around their domestic network to see what usage would be like.

Delta said that this trial was the first step towards offering free inflight Wi-Fi, as they wanted to get a sense of what consumer behavior would be like with free Wi-Fi. They were looking to employee and customer feedback to figure out how best to make free inflight Wi-Fi a reality.

What’s Standing In The Way Of Delta’s Free Wifi

Skift quotes Delta CEO Ed Bastian as saying that while Gogo has made big improvements to their inflight Wi-Fi, unfortunately they can’t get speeds that support the heavy usage from passengers when offering it for free. As Bastian explained:

“We are working hard with Gogo on the technical features. It is really just a question of technical. It is not economics. I am nervous that if we turned it on, it’s going to cause system outages.”

At this point it’s technology and not economics standing in the way of Delta offering free Wi-Fi.

So it sure seems like technology needs to be improved before free Wi-Fi on Delta is a reality. Delta already offers Gogo 2Ku, which is Gogo’s fastest product. Unfortunately that likely means that we’re a ways off from free Wi-Fi being a reality.

What Are Delta’s Options At This Point?

Gogo 2Ku speeds couldn’t support the demand for unlimited free Wi-Fi, and it seems Delta is taking an “all or nothing” approach. I say that because I feel like there are some other interim solutions that they don’t seem to be publicly discussing, like:

A lot of people would probably point out that JetBlue offers unlimited free Wi-Fi to passengers. The thing to note there is that they use Viasat and not Gogo. So it’s not that free Wi-Fi isn’t possible, but rather that it seems Gogo’s 2Ku system can’t support it.

I think all of us (including Delta) were hoping that they’d do this trial, say “yay, everything went great,” and a week later we’d have free Wi-Fi on all their flights.

Unfortunately it seems like Delta’s current systems can’t support this. I suppose Delta could take a hybrid approach and introduce free Wi-Fi with a catch (by limiting time, devices, etc.), but they’re also generally an all-or-nothing airline.

I’m curious what their next step is here, though unfortunately I don’t think free Wi-Fi is imminent…

What do you think Delta will do from here?

Since this article was written, Delta has done some varying ways to give free wifi for limited people such as an hour free for t-mobile customers.

GOGO is not good WiFi to start. The speeds are slow and don’t support much more than texting and surfing the web. Southwest somehow has speeds that support streaming live TV and an $8.00 fee to surf the web. GOGO can’t support streaming a 2 min video on You Tube. I actually think they blocked this type of service to keep from bogging down the system. Delta would be wise to dissolve the relationship with GOGO. Hopefully this posts, I am using GOGO to post this so I won’t hold my breath.

The solution is to ban video streaming. 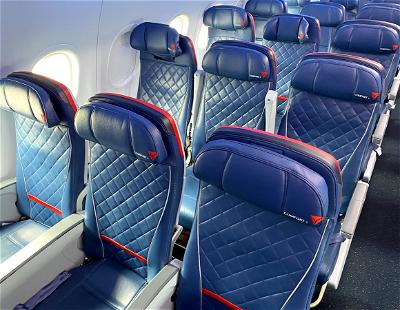 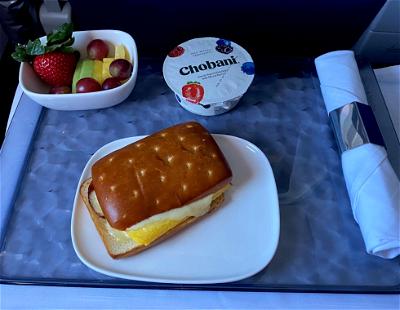