Usually an aircraft manufacturer debuting a new plane type is big news, though that’s not the case for Boeing today.

Boeing has today very quietly debuted the brand new 737 MAX 10 at their facility in Renton, Washington. While these kinds of events are usually full of media, in this case it seemed to be more of an employee event, intended to highlight their accomplishments and recognize the efforts of teams that went into the production of this plane.

Mark Jenks, Boeing’s VP and GM of the 737 program, had the following to say:

“Today is not just about a new airplane. It’s about the people who design, build and support it. This team’s relentless focus on safety and quality shows the commitment we have to our airline customers and every person who flies on a Boeing airplane.”

The Boeing 737 MAX 10 currently has more than 550 orders from more than 20 airlines around the globe, though go figure the plane can’t actually fly.

Just to compare the stats of the 737 MAX variants:

As you can see, the 737 MAX 10 is the highest capacity but also the shortest range variant of the MAX family. The plane can seat up to 230 people and has a range of up to 3,300 nautical miles. Boeing claims that the plane has the lowest seat-mile cost of any single-aisle airplane ever produced.

Boeing has formally launched the 737 MAX 10, which is the largest and shortest range variant of the 737 MAX 10. Unfortunately the plane can’t enter commercial service yet, and it’s anyone’s guess when that will actually happen (Boeing is aiming for early next year).

though the plane can’t actually enter commercial service for now. It’s anyone’s guess when the 737 MAX will be back in the skies (they’re aiming for early next year).

A lot of people worked very hard on this plane, though obviously it’s kind of sad to have a launch happen like this…

@Jupiter -- "…and Boeing did not think it appropriate to alert all MAX operators about the MCAS malfunction incidences? Maybe their engineers overestimated their abilities?" -- I think that the entire Boeing internal blame goes toward the 737-MAX program management chain, since there were many instances where Engineering <i>did</i> alert and complain about how certain aspects of the MCAS system architecture and implementation were inadequately considerate of failure/recovery scenarios ... but program management over-ruled those complaints, and that ultimately resulted in the unfortunate crashes. Apparently this type of situation happens much too often -- when GE designed the nuclear reactors for Japan's Fukushima nuclear power plant, something like 5 design engineers actually quit in protest over how their management was disregarding safety concerns with the design that ended up failing and creating the nuclear crises at Fukushima after their huge earthquake and ensuing tsunami flooding!

...and Boeing did not think it appropriate to alert all MAX operators about the MCAS malfunction incidences? Maybe their engineers overestimated their abilities?

@Pogonation -- "I find your comments interesting. However in order to give credibility to your posts I would like to know which university you went to (the best in the world one), and the names of the 8 high tech engineering companies you set up." -- Well ... you can Google what the top engineering school in the world has been for decades running (hint -- it's located in the eastern half of USA) ... as for your statement about my having "set up" 8 high tech engineering companies, please go back and read my post again, as to what I <i>actually</i> said ... unfortunately, I'm not at liberty to discuss most of those startups (some of which I <i>did</i> found), but just to give you an idea, one of those where I was a key player participated in the IBM-compatible PC arena ... I'm not really interested to self-doxx here, so this is all that I can reveal! 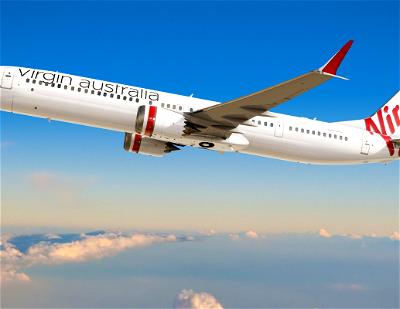