33
Share
Tweet
In the interest of full disclosure, OMAAT earns a referral bonus for anyone that’s approved through some of the below links. These are the best publicly available offers (terms apply) that we have found for each product or service. Opinions expressed here are the author's alone, not those of the bank, credit card issuer, airline, hotel chain, or product manufacturer/service provider, and have not been reviewed, approved or otherwise endorsed by any of these entities. Please check out our advertiser policy for further details about our partners, and thanks for your support!

Earlier this month, American Express announced that the guest policy for their network of Centurion Lounges would be changing as of March 30th. Whereas Platinum members could previously bring in two guests or their immediate family, they’ll now only be allowed two guests, period. This is presumably being done to alleviate crowding, which can certainly be a problem at times.

Yet it’s hard for me to believe that restricting families is really going to fix the issue. And in fact, I’m going to argue this silly policy is actually going to make things worse.

I’ve had The Platinum Card® from American Express for a while now in part because my family gets pretty good value out of the lounges.

One of the features we like most about the Amex Centurion lounges is that most of them have family rooms — dedicated places set aside to let the little ones be little. We’ve used the family rooms in the Houston, Dallas, and San Francisco clubs. 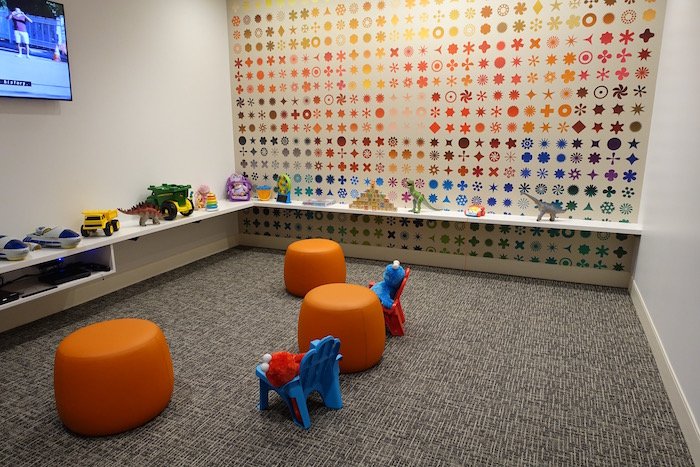 But here’s the thing, we’re usually the only family in the space. I can’t remember a single time that we shared the San Francisco or Dallas family rooms with anyone. (To be fair, the one time we visited the lounge in Houston the family room was busy.) And I haven’t really observed many other families in the club outside the family room despite typically having an eye for these things.

Ben’s experiences mostly matched mine, and has said he doesn’t expect this new policy to make much of a difference.

Authorized users to the rescue

The guesting policy allows each member to bring in two guests. So a family of three is fine, but a family of four, five, or six is not.

But Amex has an interesting authorized user policy where you can add up to three authorized users on the personal version of the card for a flat $175 fee (Rates & Fees). And each authorized user gets full lounge access and guesting privileges.

That means that if one parent has the card, they can add the other for a $175 fee. Then they’ll be able to bring in two guests, and their partner can bring in two more. Assuming they are traveling together as a family, they can now bring up to four kids with them into the lounge.

Sure, the $175 fee seems a bit onerous and some might argue that it will discourage one spouse from adding the other. But it doesn’t take too many trips to the lounge instead of an airport restaurant to recoup the investment, particularly for those with bigger kids. 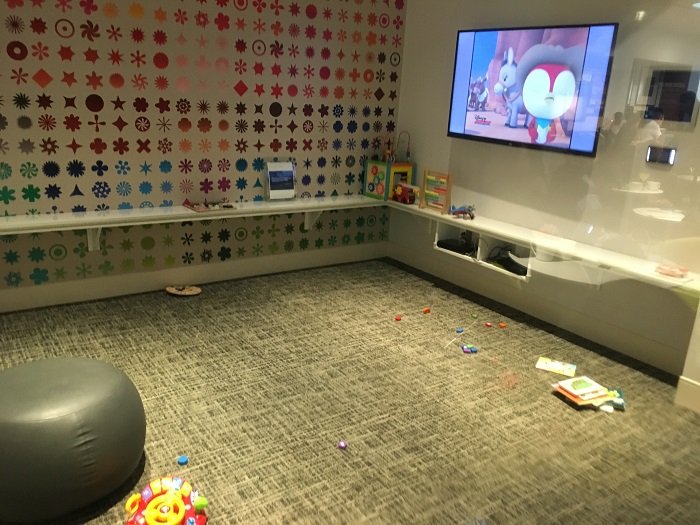 Three authorized users for the price of one!

The interesting thing about Amex’s policy is that it costs the same $175 to add one user as it does to add three. So if you’ve decided that adding your spouse makes sense, you might as well go ahead and add a grandparent as well so that when they are traveling they too can enjoy the lounge.

But of course, many of us have two sets of grandparents (or more!) so why stop there? We’ve got another authorized user slot available, so while we’re at it, we might as well add one of the grandparents on the other side of the family.

Still believe that kicking out families is going to alleviate lounge overcrowding?

Maybe the grandparents don’t travel much? Not a problem. Amex does not list any restrictions as to who can be an authorized user on your card. You could add your sister. Or your nanny. Or a favorite teacher at school. Pretty much anyone you trust not to go wild with a copy of your credit card.

Will people actually do this?

I figure that anyone who holds a card with a hefty annual fee like The Platinum Card® from American Express must be pretty good at at crunching the numbers and doing a cost-benefit analysis. If you’ve already determined that holding the card is a good value, then it’s probably not going to be too hard to justify adding an authorized user for $175. And once you add one, well….

At least that’s my plan.

Amex is instituting a very family-unfriendly change to their Centurion Lounge guest policy by restricting guests to two, rather than two or immediate family as of March 30.

To me, this seems more about optics rather than an actual solution. In fact, I’m convinced the overcrowding problem will actually get worse as members with families realize that if they are going to add their spouse as an authorized user, they might as well add two more folks for the same price.

So in the end, I actually expect more people in the lounges, not less. And a bit more revenue for American Express.

What do you think about the family-unfriendly Amex lounge guesting policy?

For me, the most important thing when flying, is a quiet and comfortable place to relax, and maybe get some work done, in between the madness of the checkin/security/boarding/flying. If I was Amex I would kick out all the bean-counters and stop providing all the food and drinks for free. Centurion card holders get free access, Platinum card holders $20 per visit. 1 guest allowed, for primary holder only, at $50 per visit. Overcrowding solved.

Isn't the primary cardholder responsible for the charges of the AU? For a spouse that obviously isn't an issue but I don't see people adding their extended family to their cards or at least I doubt there will be many that would do this.

William Y: First, I appreciate your kind words about usually liking my posts. But saying "These places exist so people like me can get a quiet place to write a few emails, get a snack and be on my merry way" is obviously your opinion. I don't agree with you, and neither does Amex. How do we know Amex doesn't agree? Well, they could just outright ban kids in the lounge. But they don't. And instead, they have kids rooms for goodness sake! Then you go further by bringing up my recent post on the United Polaris Lounge: "You’re tagging the whole family along, eating the entire menu while spreading out across several tables." https://onemileatatime.com/polaris-lounge-dining-review/ You do realize that there are ZERO guesting privileges at the Polaris Lounge right? Therefore every one of my family members entered on their own credentials. Every one of them was just as entitled to be there as you the business traveler. So yes, there were 5 of us. And we used two tables. But guess what? FIVE business travelers would have occupied FIVE tables (Have you as a solo business traveler ever shared a table with anyone? I doubt it.) So in fact, my family consumed 40% of the space that an equivalent number of business travelers would have. And finally, you are totally missing the point of the post. It's not about whether kids should be allowed in clubs, but rather whether the new guesting policy, coupled with the AU policy, is going to lead to even more passengers have access to the lounge. You can disagree with that if you want -- and some readers have -- but instead you want to make this about whether kids belong in clubs or not. 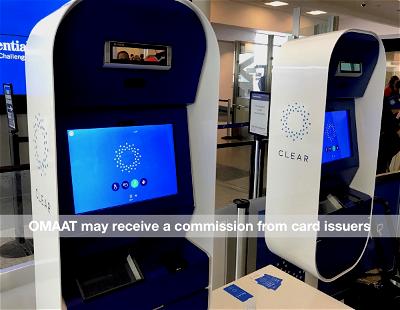 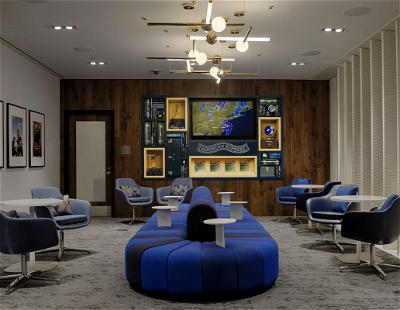 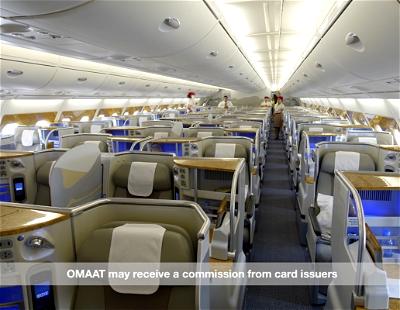 13
Using Points To Pay For An Airline Ticket: Is Amex Or Chase Better?