While many airlines are at risk of going out of business as a result of the current global situation, Alitalia is one of the few airlines that may actually be kept alive because of it.

The Italian government has today announced a variety of ways in which they’ll provide aid to businesses, and among those is €600 million of additional funding for Alitalia. With this plan, we’ll see Italy’s Ministry of Economy and Finance form a new state-owned business to run Alitalia.

Up until recently, the government was seeking a buyer for Alitalia, and of course has been threatening to pull the plug on the airline for a long time. The airline has been struggling for many years, though the situation has been especially dire since Etihad pulled funding.

Abu Dhabi based Etihad Airways owned a 49% stake in Alitalia, but in mid-2017 they pulled the plug, realizing they’d never be able to turn the airline around (which isn’t surprising, because I don’t think Etihad can even turn Etihad around). 😉

In reality this is all just business as usual. While the government has been threatening to pull the plug if they couldn’t find investors for Alitalia, it’s clear they were unprepared to do that, given how many bailouts they’ve given to the airline during relatively good times.

I see both sides of this. On the one hand, Air Italy liquidated just weeks ago, and losing both Italian long haul airlines in a matter of weeks would have long term negative impacts on the economy.

At the same time, in many ways allowing Alitalia to liquidate and then starting a new airline is perhaps the only way that the airline could actually be reset and have a chance at being profitable.

Up until this point there has simply been a disconnect between what the government has claimed their intentions to be and what has actually happened — there’s no reason anyone would want to buy Alitalia in their current form, and keeping the airline alive for years when that’s obvious seems silly.

Then again, on some level maybe renationalizing the airline makes sense — there’s huge economic value in having a global airline, and it’s not unreasonable for a government to decide that the access to the country is worth the losses.

Rather ironically, of just about all airlines globally, it seems Alitalia is now least at risk of going out of business as a result of this global slump. The government will be once again take over full control of Alitalia.

The only question is if they’re actually going to stick to the plan this time, or if in a few months they’ll start the whole game of trying to find a buyer once again.

Does this airline still exist? I am trying to cancel a flight booked for September because of Covid issues and do not get a reply to any emails, and the only part of the answer phone message I can understand says push 5 for English - I do and nothing happens.

I personally think that nationalised carriers make a lot of sense for many countries including Italy and am happy to see the EU relaxing restrictions on them for the time being. Many companies offer loss leaders, particularly printer manufacturers and companies like Nespresso. Once you buy their product, you then spend money on the profitable things like toner and coffee pods. For a nation, operating an airline at a loss gives you the option to increase visitors and to target specific areas where profitable visitors are likely to come from. So while I don't generally support the state completely managing an economy, I think that there are plenty of legitimate benefits of the state ensuring it has an international airline. 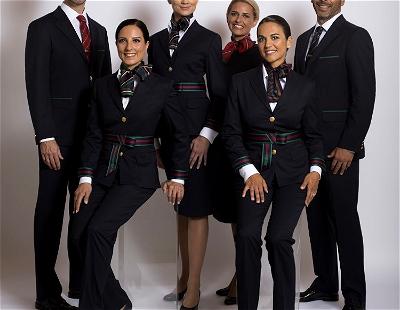