The plane had its first ever lease yesterday, as it operated a Thomas Cook flight from Copenhagen to Larnaca. There’s quite an interesting back-story to that, as it was a last minute charter, and the A380 replaced an A321. Talk about a big upgrade!

While I found that interesting, the much bigger question has been what Hi Fly’s first long-term A380 lease will look like. The airline has claimed that they already have their first contract signed.

Hi Fly said that it’s for a major European carrier, and that the A380 will fly longhaul sectors during the summer period, with the possibility of an extension. They hadn’t named the airline, though many of us speculated about what the airline could be. The most common theories were Air Austral, Norwegian, Swiss, Turkish, and Virgin Atlantic.

While an official announcement still hasn’t been made, it looks like we now have a better sense of who the first long-term charter customer will be… or something.

This is strange for several reasons: 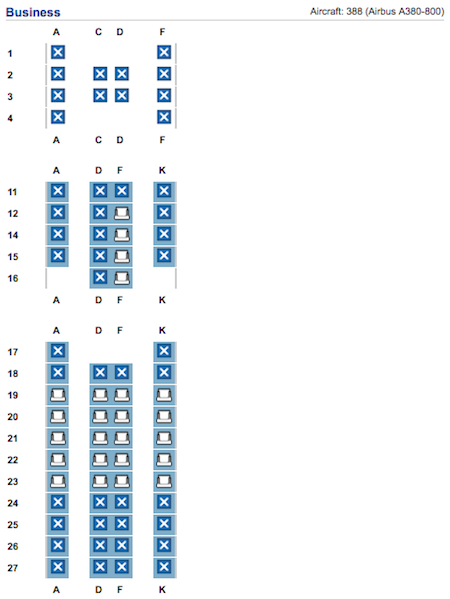 For now this is still very much developing, as we haven’t seen an official announcement from Hi Fly or Air Austral. Air Austral has for several days been rumored to be Hi Fly’s first long-term A380 customer. It doesn’t make a whole lot of sense to me, but it’s increasingly looking like that’s the case.

What’s odd is that these flights are “zeroed out” and only in the schedule for six flights in each direction, so I’m not sure if these are just specific charters, or what exactly is going on.

It’s a shame these flights aren’t for sale to the public, or else I’d book one in a heartbeat.

(Tip of the hat to @RwandAnFlyer)

The dates are school holidays. There are alot of 787 on regional service due to RR engines. I don’t believe their is much available capacity in the leasing market at the moment. Then again could be something to do with the pilot issue, it is a wet lease after all.

It seems also Air Austral needs to do some works on the engine on one of the B787. So one aircraft is out of service and the lease of the A380 has been decided to cover it. All of that has also some impact of the Mayotte-Paris direct service. Some passengers will have to travel via La Réunion instead of the direct flight.

@Lucky Remember in that original press release/ statement from Hi-Fly said that their long term lease was for summer 2019! I believe that these charters we’re seeing are rather ‘last minute’ charters. Norwegian shouldn’t have a problem filling those planes to JFK.