It has today been announced that Virgin Australia CEO Paul Scurrah will be stepping down from his role at financial close of the sale transaction to Bain Capital, which is expected to be in early November.

Scurrah only took the role of CEO at Virgin Australia in early 2019, after previous CEO John Borghetti was at the helm for nearly a decade. The way I view it:

Because of all that it’s kind of hard to figure out what exactly Scurrah’s legacy is, since he wasn’t there very long, and I feel like the airline was set up to fail in terms of the ownership structure.

Scurrah has said that he “made this decision after some long discussion with [his] family,” and that “the time feels right.” 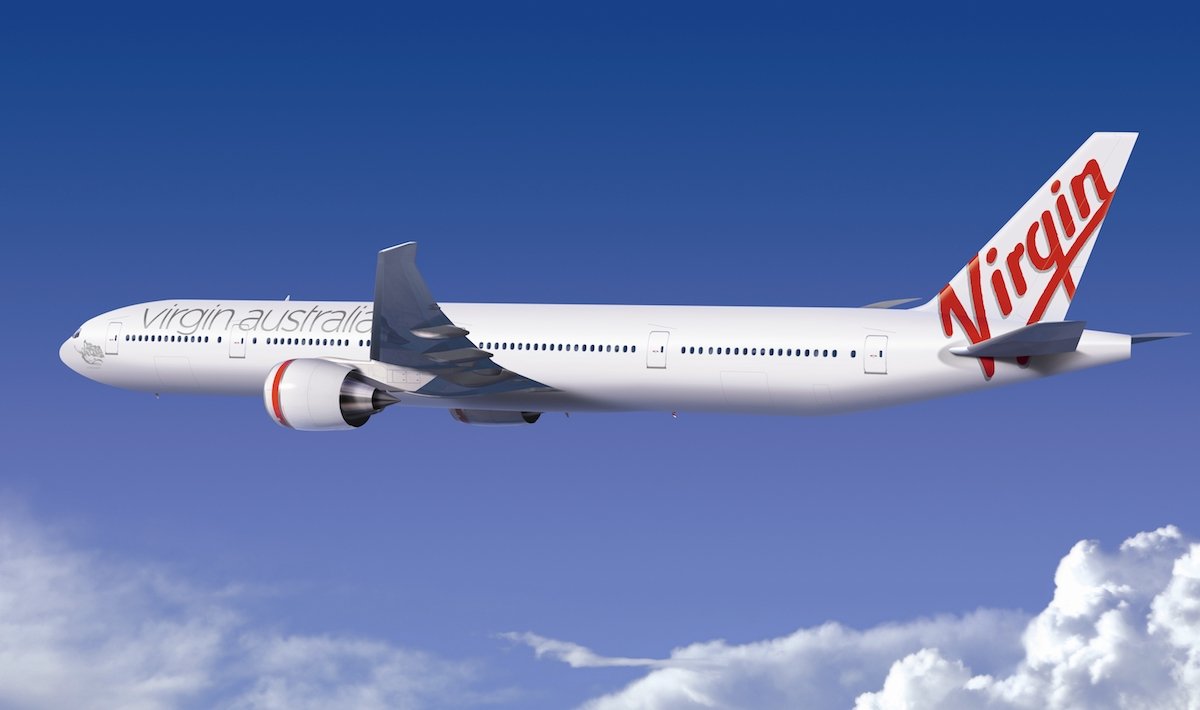 Virgin Australia is getting rid of all of its 777s

Jayne Hrdlicka will be appointed Virgin Australia’s CEO as of November 2020. First of all, it’s cool to see another female airline CEO, since they’re still few and far between.

That aside, Hrdlicka’s appointment is already proving to be controversial for a variety of reasons:

In the press release about her appointment, Deloitte Restructuring Services partner Vaughan Strawbridge emphasizes that Virgin Australia won’t be turned into a full-on low cost carrier:

“I know there has been speculation about the shape of the airline into the future, and I have reaffirmed with Bain Capital that Virgin Australia will not be repositioned as a low-cost carrier. Virgin Australia will be a ‘hybrid’ airline, offering great value to customers by delivering a distinctive Virgin experience at competitive prices. This will appeal to the full spectrum of travellers, from premium corporate through to more budget-focused customers.” 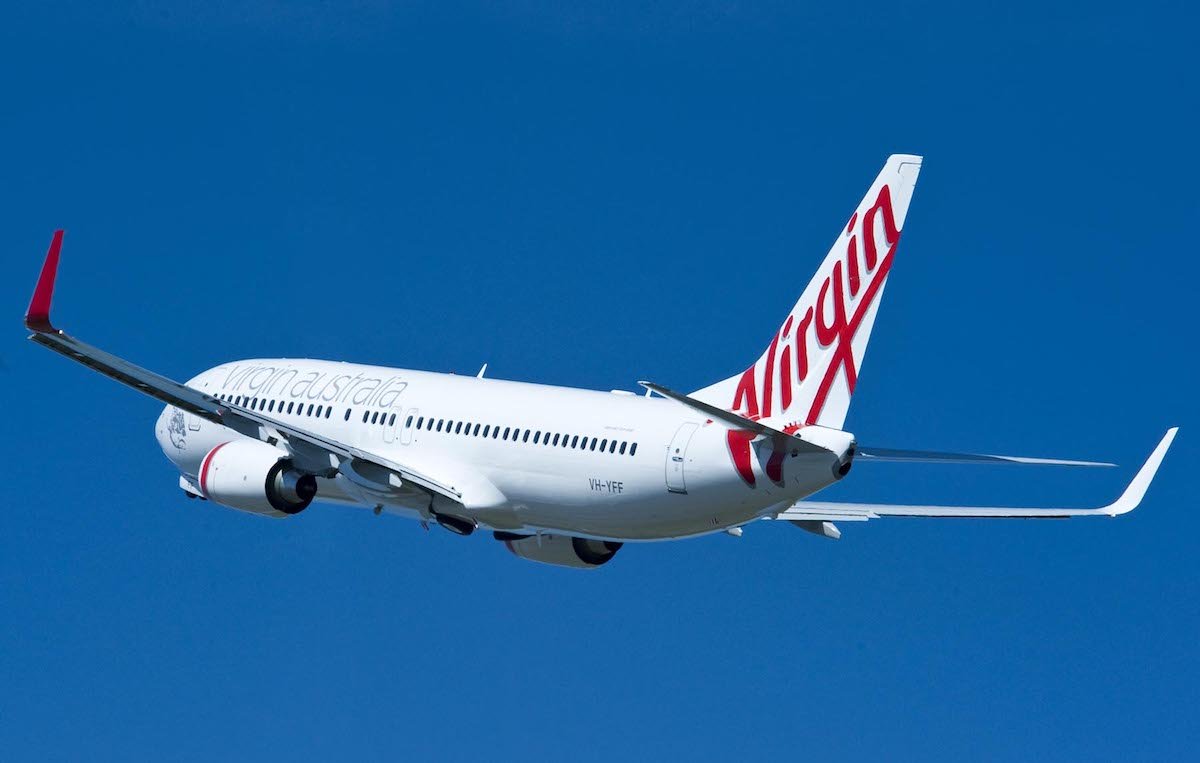 Virgin Australia will once again be an all 737 airline

Jayne Hrdlicka will become Virgin Australia’s CEO as of November, when Bain fully takes over the airline. While she has had an impressive career, personally I’m not a fan of this appointment. She spent most of her career at Bain & Company, she ran an ultra low cost carrier (very successfully, admittedly), and she is not at all popular with union workers in Australia.

Add in the fact that Scurrah was supposed to be CEO even under Bain’s ownership, and I can’t help but feel like everyone will be coming into this a bit skeptical.

For me what made Virgin Australia special in the past was its amazing employee culture and product, and I can’t help but think that those won’t be the same with Bain’s ownership and Hrdlicka’s leadership.

What do you make of the leadership changes at Virgin Australia?

@Adam L Totally wrong, sorry to contradict you. On the highly competitive LON-NYC route several carriers tried to compete with BA as low cost carriers. British United tried, and was bought by Caledonian who in turn tried and was eventually bought by BA. Notably Freddie Lakers "Skytrain" tried on the then economical DC10s all economy, only to find that BA undercut him to the point of loss leading, which he couldn't do as he was all economy, and bottom line figure was bottom line figure. Along came Richard Branson with Virgin Atlantic. Positioning the high revenue end as "Upper Class" and providing chauffeur driven cars, this gave him the basic income to match BA on their cost cutting exercises, because he, like BA had the flight largely paid for without economy fares. Apart from the Covid crisis, Virgin Atlantic expanded worldwide based on this concept, with lounges, FF miles and all the other trappings. So from this I conclude that a "Hybrid" carrier, gaining revenue from business flyers to subsidise economy, should QF choose to start an economy price war, has a good possibility of success. It remains to be seen whether the new CEO is the right person to run such an organisation, because Richard Branson's personality had much to do with staff and passenger loyalty, which does not appear to be the case here. I sense we have more of a Willy Walsh, Alex Cruz, O'Leary et al in Ms Hrdlicka. Perhaps she'll try to get Australia to join the EU, so that she too, can use cheap Polish labour!

Service businesses rise and fall on culture/employees. If she gets the "people" element wrong, they're doomed.

Adam L, you make a good point. One of the challenges for any player in the Australian market is that it is so dominated by Qantas, especially the lucrative corporate market. In some ways this is similar to the dominance that BA enjoy in the UK. Unlike BA though Qantas have had leadership that realises you can only cut things so far before customers start to push back. The reality is, I suspect, that no airline is realistically going to be able to compete with Qantas in Australia in that regard, rightly or wrongly many Australians regard Qantas with a huge degree of affection and it has staggering loyalty levels. Borghetti left Scurrah with an absolute dogs breakfast of an Airline (in much the same way Hogan did on his departure from Etihad). Yes, some people liked it and it was seen as 'cool' but the reality was it had hosed money down a hole for years with no clear line of sight to a way forward. We will never know if Scurrah would have been the right man to turn it around, although he seemed to be on the right track, but once COVID arrived the result for the business was inevitable. As to it's future, well I would be less than optimistic. Firms like Bain are in it to make money and the damage to the brand during the administration process means that many will step away from it, combined with the inevitable decline in higher yield premium 'corporate' bookings that are inevitable in at least the medium term as we come to grips with COVID. Australia is an interesting country, I lived in both Melbourne and Sydney, and Australians love to jump on a plane from city to city just for an hour long meeting. With the fact that these have stopped now and we have managed through zoom, etc. you do wonder how many businesses will realise that these meetings aren't all essential face to face and we see a longer term decline in the corporate travel market in Australia. If so that further reduces the case to spend a lot of money maintaining a premium product. If they want to play successfully in that market they have to have a fairly full network in Australia and that isn't cheap. I suspect we will see a gradual slide into something more closely resembling a LCC. I simply don't see how they can hope to do anything else with it in the short term. With REX and Jetstar also in play and a probable reluctance of the new owners to essentially keep tipping money in to it (and a much greater reluctance for Lenders or Bond Holders to provide debt capital) I can see this ending in tears. I wouldn't be surprised if Vaughan Strawbridge and the team at Deloittes are collecting another large fee on this in a couple of years time. 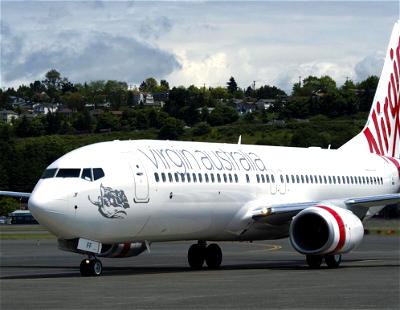 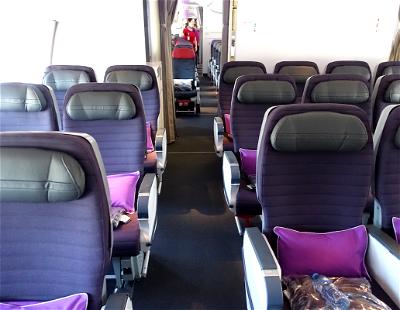