I’m not sure whether to be impressed by United’s significant reward, or dismayed that this is even necessary…

United offering up to 13 hours pay for vaccination

United Airlines and the Air Line Pilots Association (ALPA) have this week reached an agreement regarding vaccinations for pilots:

How much money are we talking about? United’s pilot pay scale tops out at $352 per hour, so some pilots could be looking at up to ~$4,600 in pay just for getting vaccinated (to be clear, that’s the absolute highest pay, for the biggest plane and most seniority, and most pilots earn significantly less than that).

The union head has stated that ALPA is focused on “encouraging maximum voluntary participation in lieu of any such mandate” that would require pilots to get vaccinated.

For some context on this:

Vaccine uptake in the industry is surprisingly low

You would think (hope?) that airline employees would be among the first to want to get vaccinated. Vaccines allow our lives to resume, and the airline industry especially is reliant on widespread vaccinations (just look at the border restrictions currently in place).

What’s surprising to me is that in reality, data we’ve seen suggests that airline employees in the United States are only getting vaccinated at a slightly higher rate than the population average.

For example, a few weeks back Delta’s CEO bragged about how more than 60% of employees at Delta have received at least one vaccine dose, which was barely above the population average for adults. I’ve heard numbers are similar at other airlines.

I can understand the concept of incentivizing vaccination early on, when it took some effort to get an appointment. But at this point you can get vaccinated just about anywhere, so I can’t help but wonder how much incentives like this will move the needle. I would think that most people fit into one of two camps when it comes to their vaccine philosophy:

Is United banking on there being a significant number of pilots who hold an opinion somewhere between the two? I recognize that some people are in the “wait and see” camp when it comes to getting vaccinated, but realistically we’d be talking about waiting for years and years, and again, that just seems like a bad risk calculation.

Or is United hoping that unvaccinated pilots fall into the “I don’t like to get microchipped, but 13 hours pay is 13 hours pay” category?

United Airlines isn’t making vaccines mandatory for employees, but rather is giving the biggest incentive we’ve seen from any airline to date (at least to my knowledge). United is offering pilots up to 13 hours of pay to get vaccinated, which could translate to thousands of dollars. Meanwhile other United employees, who interact with customers much more, get very little.

What do you make of United Airlines’ vaccine incentive for pilots?

follow up to above: I am by no means an anti-vaxxer, I have taken most shots myself and given all recommended shots to my kids (other than annual flu shots). I am not rushing to take this vaccine, and I don't believe the Bill Gates microchip nonsense. I'm sure there are many millions of people in the world thinking along the same lines as me. This vaccine was rushed to production very fast and is leaving people skeptical that it's so good. There are many stories of people trying to report side effects and being silenced my social media and the mainstream media aren't reporting on it. I'm not suggesting this vaccine is bad, on the contrary, it seems to be doing its job quite well, but as someone who had covid already, I'm not running to inject new chemicals into my body when data is quite limited on effects of these vaccines. Contrary to people like you, I don't live in fear of Covid, I live my life normally to the extent possible and wear a mask only where required to, because they're extremely uncomfortable and hard to breathe in. I have also been heavily exposed to Covid multiple times since I recovered and don't see myself as being at significant risk of catching it again to the point I'll take a novel vaccine to stem that risk... The risk of vaccine side effects seems to be more than the risk of me catching Covid a 2nd time and getting sick from it... That being said, I strongly encourage anyone who does live in fear from Covid to go ahead and take the vaccine, don't live your life in fear; if you fear Covid more than any potential side effects of the vaccine, go fot it! My elderly grandparents took the vaccine and I'm all for it for them, so did my parents and parents in law... Basically respect the fact that many don't want the vaccine (at least yet) and aren't crazy MAGA conspiracy theorists...

So they are rational people.

I know MANY liberals who will not get vaccinated, so this whole Republican / MAGA narrative is not only false, but......... 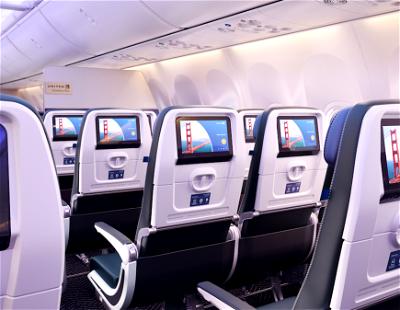