Things are finally starting to look up for United’s Polaris product… at least a little. We just found out that United’s San Francisco Polaris Lounge will be opening at the end of the month, which will be the first Polaris Lounge that the airline is opening in over 16 months (the only other Polaris Lounge is in Chicago, which was opened in December 2016). Hopefully the remaining lounges open as expected, in which case we should see three more Polaris Lounges by the fall. 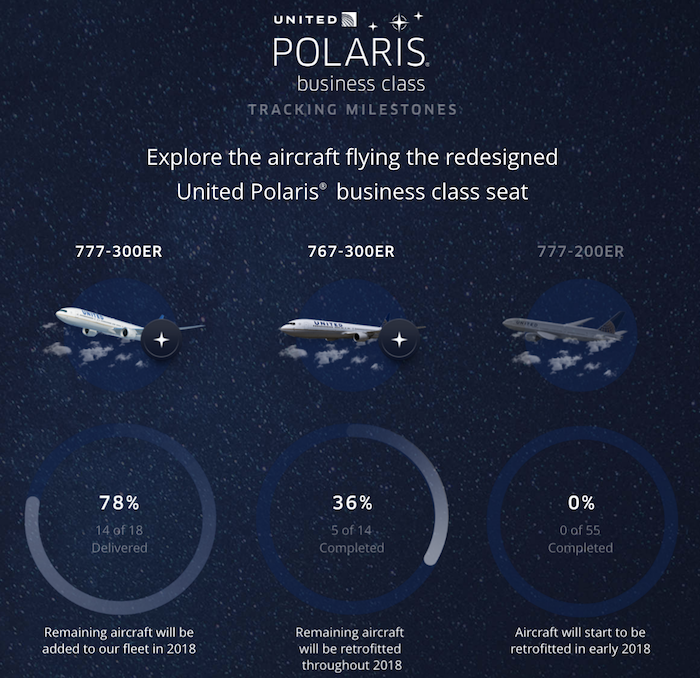 We’ve known that the 777-200ER is the next plane to be reconfigured, and the first such plane will be in service shortly. United’s first 777-200ER with Polaris seats, with tail number N786UA, will fly from Xiamen to San Francisco tomorrow. Presumably the reconfigurations on the plane are done and have been approved, and the plane can now enter service.

United is doing their reconfiguration work in Xiamen, and at the moment they have three more planes there, so hopefully within the next few weeks we’ll have four 777-200ERs with Polaris seats in service.

United will first be reconfiguring their three cabin Boeing 777-200ERs, which are the ones most in need of a refresh. These are the planes with eight seats per row in business class, and with first class cabins (which are being eliminated).

We don’t yet know on what routes United will fly the first few 777-200ERs, though I do imagine they’ll be assigned specific routes, since the configurations are very different than the aircraft they’re replacing.

".....United is doing their reconfiguration work in Xiamen, and at the moment they have three more planes there (N787UA, N787UA, N796UA)," I guess they need cheap labor in Xaimen since they pay their entitled former CO Flight Attendants so much. Someone contact David Muir for his MADE IN AMERICA segment.

I have a flight from PEK-EWR next week. What are the chances they’ll put this plane on it?