This post is specifically for aviation geeks… everyone else please stop reading now!

I live right under the approach path for Miami Airport, and that’s something I love. I spend just about all day on the Flightradar24 app looking at the planes overhead, and it has gotten to the point where I can often guess exactly which flight is overhead based on the time of day and sound of the engines. 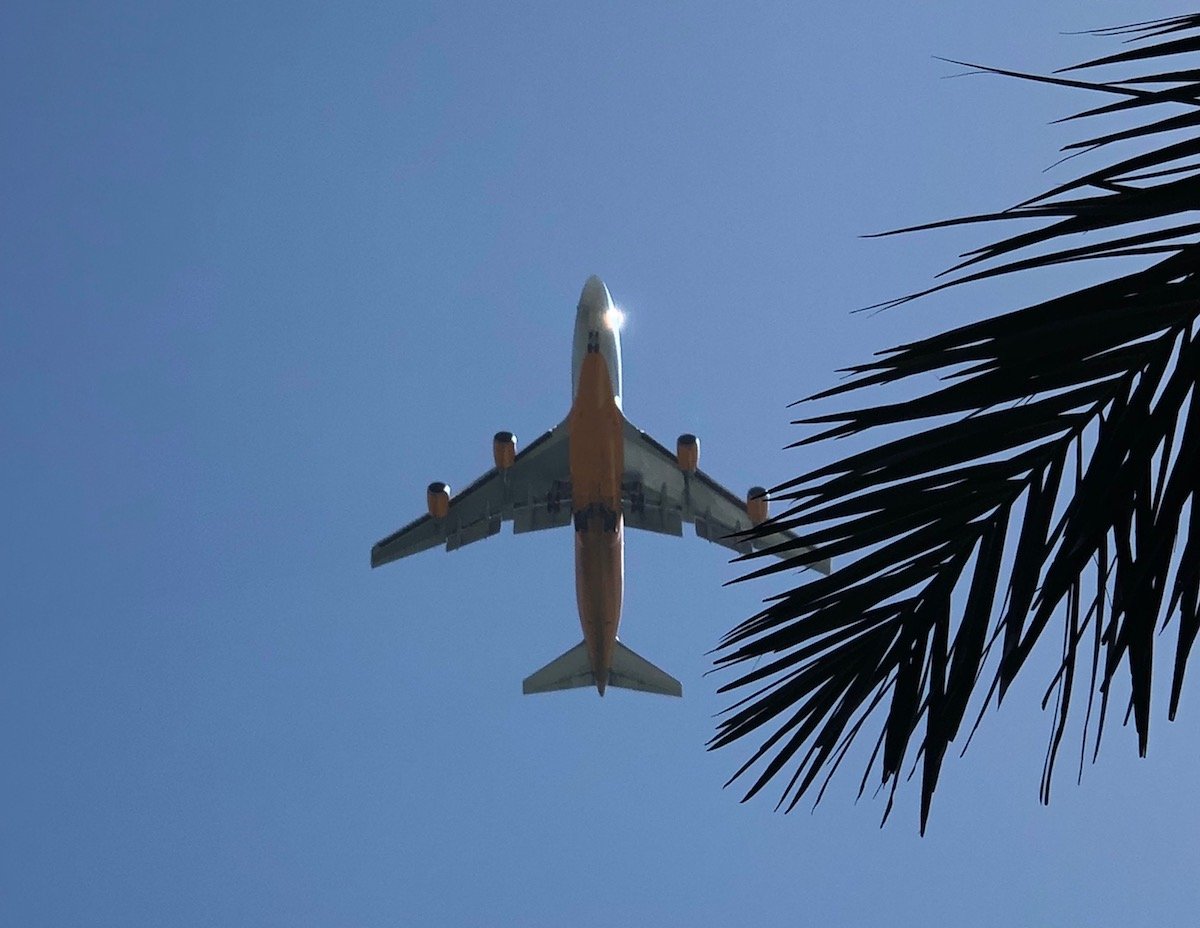 Heck, at this point I even know which cargo planes are coming from where based on the time of day, like our Atlas Air 747 flights from Anchorage, Bogota, and Santiago.

Things get especially fun on stormy days when we have a bunch of diversions. If there’s bad weather in Miami we often see transatlantic flights divert to Orlando, and then a bit later they end up flying from Orlando to Miami. So it’s sort of funny when you have a Lufthansa A380 and British Airways 747 both operating Orlando to Miami flights.

Conversely, when there’s bad weather in Orlando we sometimes see planes divert to Miami, which is also fun.

Anyway, like I said, I thought that literally nothing flying into & out of Miami would catch me off guard… until yesterday.

Yesterday afternoon I saw a TUI 787 on approach. I opened up my app and saw that it was coming from Orlando. I thought “hmmm, there must have been bad weather and it diverted.” But then I looked at the weather, and it was good in both Orlando and Miami (which is rare for a September afternoon).

Then I discovered what I think is the only route to & from Miami that I wasn’t aware of. TUI Netherlands actually operates a flight from Amsterdam to Miami via Orlando twice per week.

How did I not know this existed?! I find the turn times on this triangle flight to be quite interesting as well. Presumably TUI is dropping off and picking up passengers in both Orlando and Miami, and the plane has 70 minutes on the ground in Orlando, and just 40 minutes on the ground in Miami (in fairness, the Orlando to Miami portion of the trip is heavily padded).

So do passengers get to stay onboard until their destination, rather than everyone clearing immigration in Orlando? Presumably there’s a crew change in Orlando and not Miami?

While “triangle” flights like this aren’t at all uncommon globally, I actually can’t think of another international flight with two US destinations that’s part of a triangle flight. Are there any flights I’m missing? It’s entirely possible…

Anyway, I realize that I’m probably one of five people in the world who finds this interesting. Can the other four people who also find this interesting please identify themselves so I feel better about myself? 😉

Hello all. Living close-ish to DSA, and a fan of aviation ( also flown with TUI several times to SFB ) and regular user of FR24 you often see the said information available in the public domain. However I wonder if when TUI move out of SFB to Melbourne that the aforementioned triangle route will move or effectively be carboshed ( think it will ) . Melbourne going to being used primarily for the cruise traffic, hence a cross GB / Dutch / Belgium TUI cost saving exercise. See: https://www.travelweekly.co.uk/articles/348585/updated-tui-shifts-orlando-flights-to-new-gateway That said, with the current situation cant see anyone going anyway soon, and financially will there be anything left to go on???

TUI Netherlands operates flight OR 317 from Amsterdam Airport Schiphol to Miami (MIA) via Orlando Sanford Airport twice per week but for some unknown reason TUI stops flying to Orlando Sanford end of April 2020. TUI adds Orlando Melbourne International Airport (MLB) to the route network, the airport will become the 'gateway' for TUI (UK) customers traveling to Orlando and Central Florida.