I recently wrote a post asking whether you guys think I hype Lufthansa first class too much, given how much I love them. I’m doing my best to put down my pom poms and #TeamLufthansa shirt, but just had another spectacular flight in Lufthansa first class between Vancouver and Munich, a route they’ve been serving for less than a week. 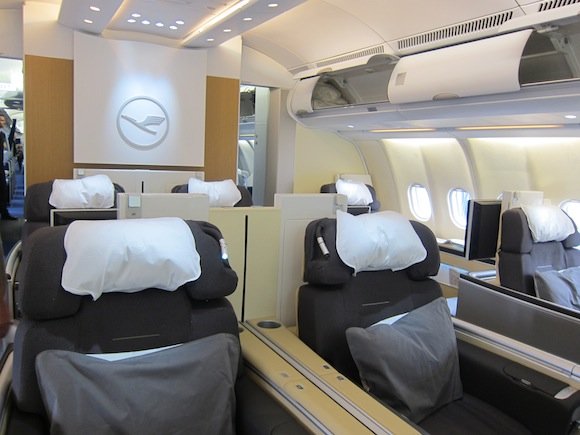 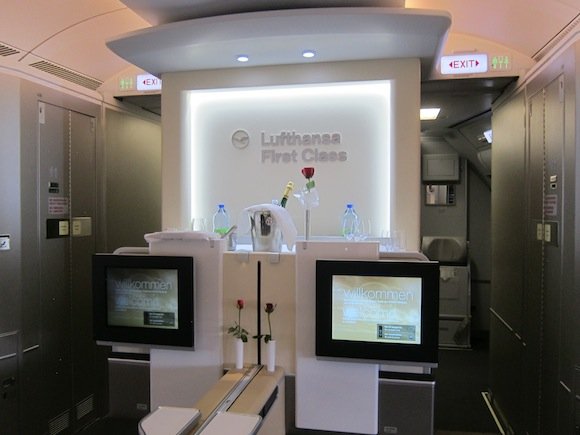 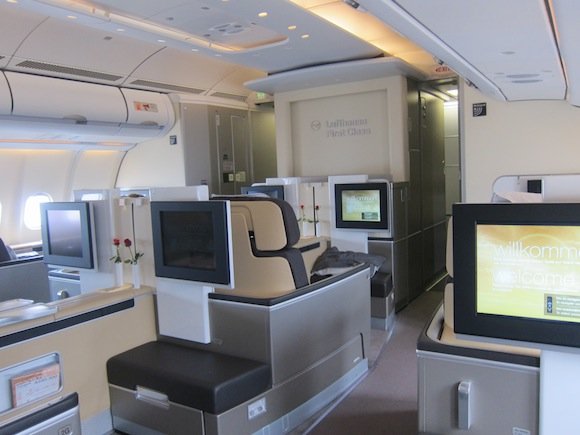 The service, was, as usual, spectacular in a German way. The two flight attendants working first class provided just the right amount of attention and personalization. It’s that amazing balance between professionalism, privacy, and personalization that I find few airlines are able to achieve.

And the food was great too. Lufthansa has made some catering changes as of this month, so the first class meal presentation is a bit different than before.

Rather than having a three tiered appetizer display as before, all the appetizers are now displayed on a single level plate. I’d argue the new presentation is even nicer than before. They also added individual salt and pepper mills, though they came at the expense of the larger one used by the flight attendants. 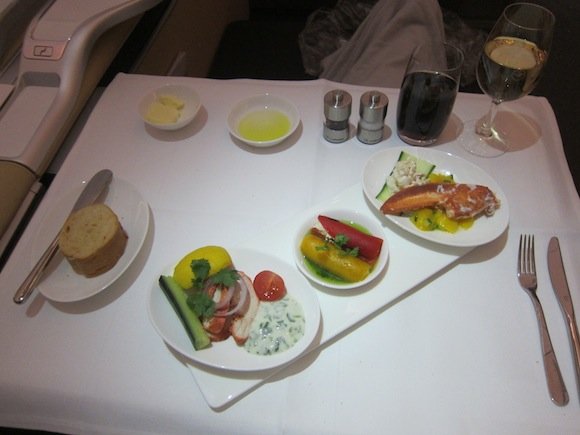 Oh, and the dessert was even amazing. None of the $&^% Lufthansa usually serves like chili crusted chocolate or elderflower soup. Instead just good old bread pudding. 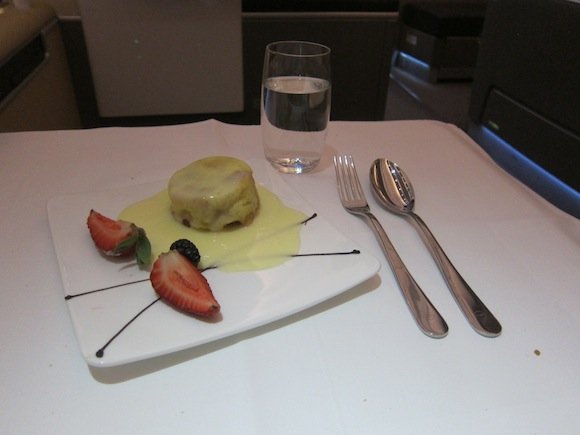 Other interesting notes? Even though the flight was equipped with the Flynet internet service, it wasn’t operational, as I find to be the case far too often. Not sure why it is, though sure is disappointing when you’re expecting it for a 10 hour flight. Most surprising to me was that it was light more or less the entire flight, despite being a 6:45PM departure and 2:00PM arrival. I think that’s my first overnight transatlantic flight where that happened. The joys of summertime, I guess. Lastly, can anyone explain who decides on Lufthansa’s IFE selection? It’s 2013 and I think IFE matters less and less as passengers can bring their own entertainment, but seriously Lufty, what are you guys thinking? If I’m ever interesting in seeing a documentary on a skateboarding dog or a single episode of a 17 year old sitcom, I’ll consult you guys.

Oh, and the best part of the whole experience? After landing I figured we were taxiing to the gate, but nope, we got a remote stand instead. Lufthansa is the only airline in the world that can make me do the happy dance over a remote stand. 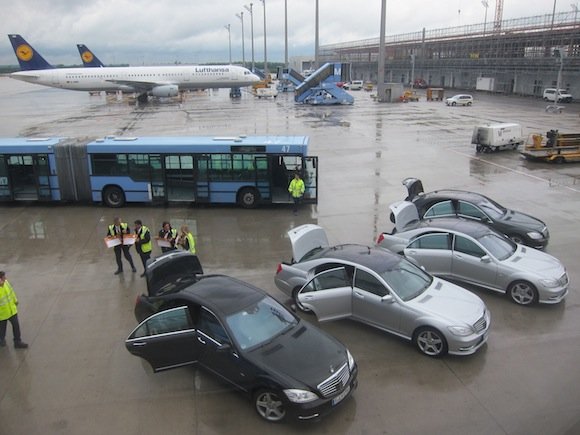 From there it was a quick drive to security, where I was brought to the front of the line, and then the First Class Lounge. And in the lounge they have delicious pretzels and Fanta. 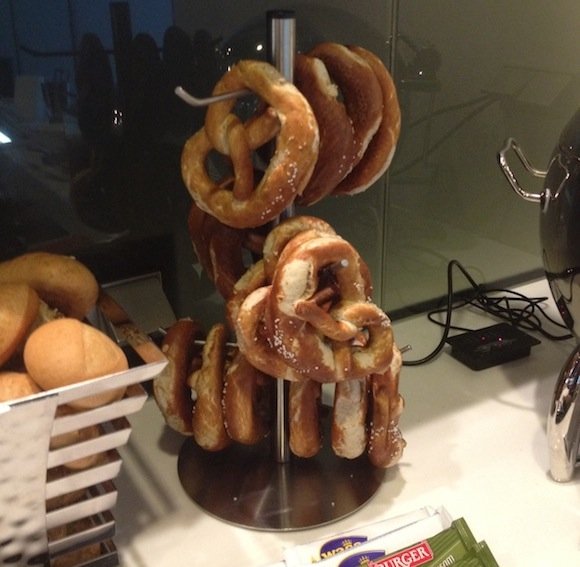 Our best transatlantic was ZRH-SFO on Swiss F-class mid-March. Only the two of us in F and two excellent attendants taking care of us. Have to agree, though, that the seats weren't all that comfortable for sitting. The attendants kept (nicely) trying to have us try other selections from the menus as "it (food) all has to be thrown out on arrival in San Francisco". What a hard life we live.........

@ Peetyrd -- It confused me too, but it was a really northerly route, and this time of year it's near 24 hours of sunlight "up there."

@ Joey -- The cabin was half full. Really is the perfect number of people, and service was great. While the hard product on Singapore might be better, you don't get the ground services offered by Lufthansa, so I'd rather take Lufthansa for a transatlantic flight.