As I wrote about in September, struggling South African Airways is in the process of taking delivery of five A330-300 aircraft. That’s a bit of a puzzling move, as their longhaul fleet is becoming even less consistent, as they’ll have A340-300s, A340-600s, A330-200s, and A330-300s. No wonder they have so many last minute aircraft swaps.

From a passenger experience standpoint, what’s perhaps most intriguing about these new A330-300s is that they feature an updated business class product, which is long overdue for the airline. 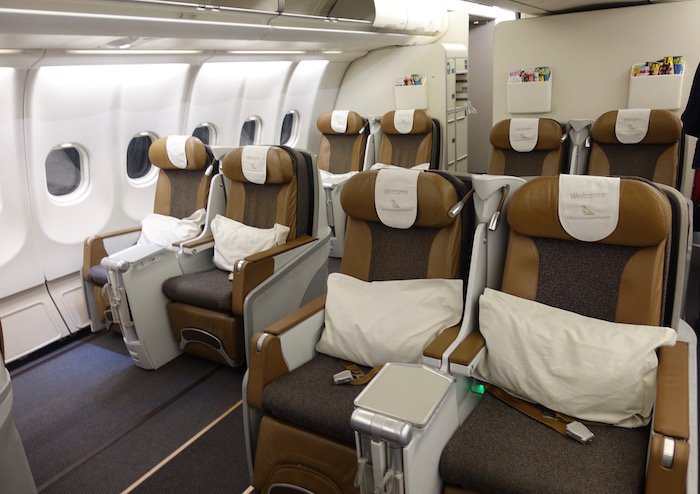 However, as I wrote about in September, SAA’s new A330-300 aircraft will feature a new business class product altogether, in a 1-2-1 configuration. We weren’t sure what type of seats they’d have, though. 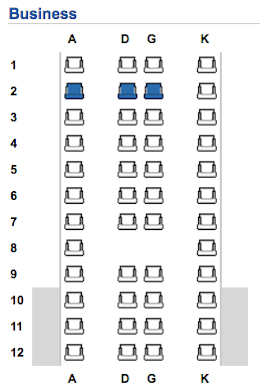 Well, SAA has just taken delivery of their first A330-300 aircraft, and they just posted a picture to their Facebook page of the pilots on the plane’s delivery flight. Fortunately SAA had them take a picture in front of the business class seats, which look very nice. SAA seems to have gone with the Vantage XL business class seat on the A330, which is the same product you’ll find on airlines like SAS. 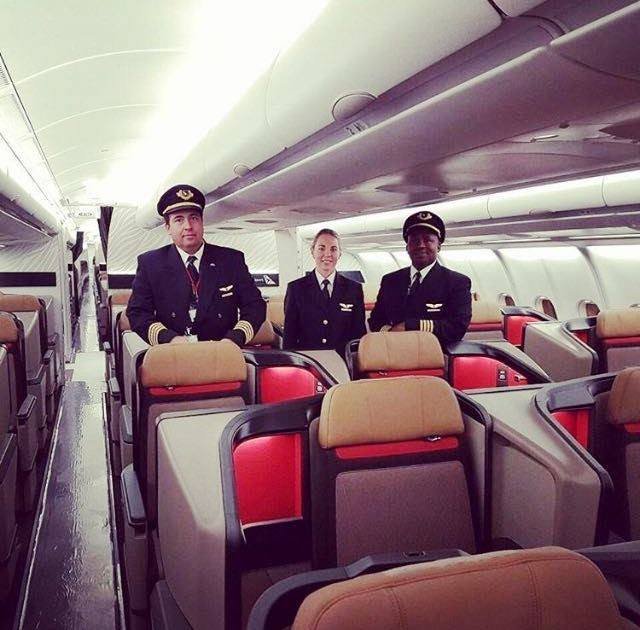 This is a very nice private, fully flat product, so it’s a great choice for South African Airways. It’s just a shame that the A330-300 has limited range, so you won’t see this flying nonstop to/from the U.S. anytime soon. Instead they’ll be offering their best business class product on flights around Africa.

However, rumor has it that SAA will eventually configure their A340-600 aircraft with this new business class product as well. This hasn’t been officially confirmed, though.

This makes SAA the second airline in Africa to have the Vantage XL seats, after RwandAir.

Just flew the new plane on LOS-JNB - great experience overall and indeed is the Vantage configuration. I sat in 7K and was able to watch the service well - the FA from the second Biz Cabin serves up to rows 8 and 7 in the front cabin - so service was a bit slow. Overall the seat and IFE was great and had a "new" smell to it. However, the old SA business class is quite worn, but very very spacious and great for a long trip if you are travelling as a couple. This new configuration is very sexy, but probably best for travelling alone because otherwise would be a bit cramped. I flew IAD-ACC two weeks ago in the old Biz with an 8 week old baby and loved the space! Not sure I could do that as easily on this plane. Also worth pointing out that the crew is super proud to be in this new bird - that on its own creates a very warm and passionate soft product that I feel was superior to those I had in the past.

"It’s just a shame that the A330-300 has limited range, so you won’t see this flying nonstop to/from the U.S. anytime soon. Instead they’ll be offering their best business class product on flights around Africa." Not limited to intra-Africa flights at all. In addition to the IAD trip that @Alpha notes, the A330-300 is schedule for GRU-JNB next year as well.