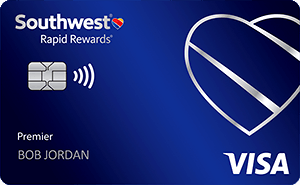 0
Share
Tweet
In the interest of full disclosure, OMAAT earns a referral bonus for anyone that’s approved through some of the below links. The information and associated card details on this page for the Chase Freedom Flex℠ card has been collected independently by OMAAT and has not been reviewed or provided by the card issuer. These are the best publicly available offers (terms apply) that we have found for each product or service. Opinions expressed here are the author's alone, not those of the bank, credit card issuer, airline, hotel chain, or product manufacturer/service provider, and have not been reviewed, approved or otherwise endorsed by any of these entities. Please check out our advertiser policy for further details about our partners, and thanks for your support!

Chase and Southwest have a great portfolio of personal credit cards at three different price points. In this post, I wanted to take a closer look at the Southwest Rapid Rewards® Premier Credit Card, the Southwest personal card with a $99 annual fee (which is neither the highest nor lowest annual fee).

The Southwest Airlines Premier Card has a $99 annual fee, making it the mid-range card in the Chase & Southwest portfolio. What’s interesting is that all Southwest personal cards have the same welcome bonuses, which you don’t typically see with other products. Typically higher annual fee cards have bigger bonuses, but that’s not the case with Southwest.

With that in mind, which Southwest Airlines credit card is the best option? Let’s take a look at the details of this card, and then I’ll share my take.

The Southwest Premier Card has a limited-time offer where you can earn Companion Pass® good through 2/28/24 plus 30,000 points after you spend $4,000 on purchases in the first 3 months from account opening. Offer ends 3/13/2023. I value Rapid Rewards points at 1.2 cents each, so to me, the points part of the bonus is worth $360. Add in unlimited buy one get one through February 28, 2024 (on cash and/or Rapid Rewards bookings), and the total value of the bonus is determined by how much you travel!

Beyond the restrictions related to which Southwest cards you have, there are general application rules for Chase cards, including the 5/24 rule.

The Southwest Premier Card has a $99 annual fee, and you can add authorized users to the card at no extra cost. Southwest’s personal credit cards have annual fees of $69, $99, and $149, so this is the “middle child” of the Southwest & Chase personal card portfolio.

As far as the Southwest Premier Card’s rewards structure goes, the card offers the following:

It’s good that the card has some bonus categories, though there are ultimately more rewarding cards out there for everyday spending.

In addition to being able to earn Companion Pass through spending on the card (or as a part of the bonus in this case), the Southwest Premier Card also lets you earn unlimited Tier Qualifying Points (TQPs). Specifically, you can earn 1,500 TQPs toward A-List status for every $10,000 spent on the card.

A-List status ordinarily requires earning 35,000 TQPs in a calendar year, so spending on a Southwest Premier Card could help you earn that. This is the only personal Southwest card that offers that feature. Whether or not that’s worth it depends on how much you’d otherwise fly with Southwest.

One of the very best values in travel is the Southwest Airlines Companion Pass, and the points earn as part of this bonus count toward that past the term of the companion pass included with the bonus. With Southwest Companion Pass you can have someone travel with you for the entire year (whether on a cash ticket or award ticket), and just pay taxes and fees for them. This is such an incredible deal, and basically doubles the value you can get from flying Southwest.

The Southwest Airlines Premier Card offers some benefits that could make the card worth keeping long-term. How do the perks compare to Southwest’s lower and higher annual fee cards?

In other words, 6,000 bonus points get you just around $72 in Southwest airfare annually. That covers over 70% of the annual fee right there.

The Southwest Premier Card offers two EarlyBird check-ins per anniversary year. This can get you a better boarding position, and would ordinarily cost $15-25 each, so that’s potentially a $30-50 value. That’s quite a nice perk, and between this and the anniversary bonus points, you should be able to recoup your entire annual fee right there.

The Southwest Premier Card offers 25% savings on inflight purchases of Wi-Fi and drinks. Simply pay with your card, and you’ll automatically receive a statement credit for that amount.

Is The Southwest Premier Card Worth It?

The Southwest Airlines Premier Card is Southwest’s mid-range card, and the annual fee is in line with many other co-branded airline credit cards, at just under $100. The card is offering a fantastic bonus, which is one good reason to consider this product.

On an ongoing basis, the 6,000 point anniversary bonus can potentially get you around $72 worth of airfare, and then you’re getting two EarlyBird check-ins per year, potentially worth $30-50. If you value those perks, that should more than cover the annual fee right there.

However, there might be a better strategy if you’re looking to acquire a Southwest Airlines credit card.

If you’re going to pick up a personal Rapid Rewards credit card, I can’t recommend the Southwest Rapid Rewards® Priority Card (review) enough. The card has a $149 annual fee, which at first is a turn-off to some people. Why would you want to pay an extra $50 over the benefits of the Southwest Premier Card?

In other words, for the $149 annual fee you’re getting points that will get you about $90 worth of airfare on Southwest, plus a $75 Southwest credit annually. For anyone who flies Southwest with any frequency, you’re basically being paid to have this card, since that’s around $165 worth of value right there. That doesn’t even factor in the four upgraded boardings per year.

To me, the Priority Card is an obvious choice over both the Plus and Premier products.

So, should you earn Rapid Rewards points directly with a Southwest Airlines credit card, or with a Chase Ultimate Rewards credit card?

The Southwest Premier Card is a great mid-range credit card. It has a great limited time welcome bonus, plus ongoing perks that justify the annual fee, between the 6,000 Rapid Rewards points annually, and the EarlyBird check-ins. However:

If you want to learn more about the Southwest Premier Card or want to apply, follow this link. 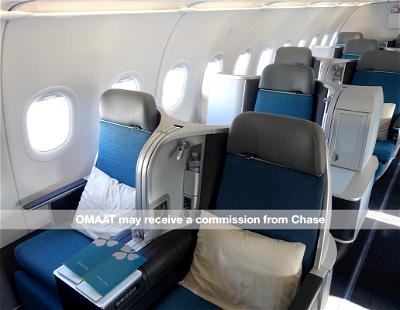 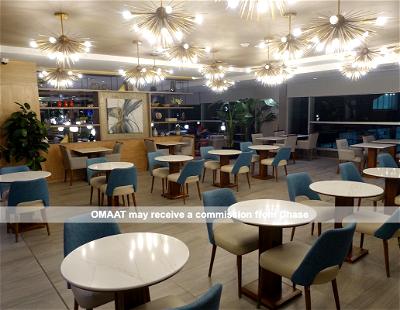