Yesterday Ford and I had our first “dinner” date at a restaurant since early March. I put the word dinner in quotes because our reservation was for 3:15PM… more on that below. 😉

I wanted to share our experience for a few reasons:

With that out of the way, a few thoughts…

Update: It has been pointed out to me that Hillstone allegedly wouldn’t allow employees to wear masks until a judge got involved, which is not cool at all, and makes me think less of the restaurant group.

Yesterday afternoon we dined at Hillstone Coral Gables. Usually when we eat out we go to local restaurants, but Hillstone is the one chain restaurant we love. They have exceptionally good service, really good food, and great drinks.

When Ford first introduced me to Hillstone I was really confused, but at this point I might be a bigger fan than he is (and he’s still a huge fan).

While there are several locations around Miami, the one in Coral Gables is our favorite, even though it’s roughly a 25 minute drive away from us.

I also once heard from a reliable friend that it’s the busiest restaurant in all of Miami-Dade, though I haven’t been able to verify that independently. Pre-COVID-19 it was busy to the point that they had a police officer in the restaurant due to how crowded it got.

I was also looking forward to dining at Hillstone because it’s a restaurant group that has very strict rules even during good times, so I figured this would be a good representation of how dining out has changed.

Dining out isn’t what it used to be

Let me start out with the bottom line upfront, sharing our takeaways from dining at one of our favorite restaurants for the first time in nearly three months. Ford shared the following conclusions, which I agree with:

Let me be clear — all of those are good things in light of current circumstances, but they’re still realities that alter how we feel about experiences.

How was the actual dining experience? Well, the first thing is that you can no longer wait inside, but rather you have to wait outside until your table is ready, which isn’t particularly fun at 3PM as we get into a warm South Florida summer. 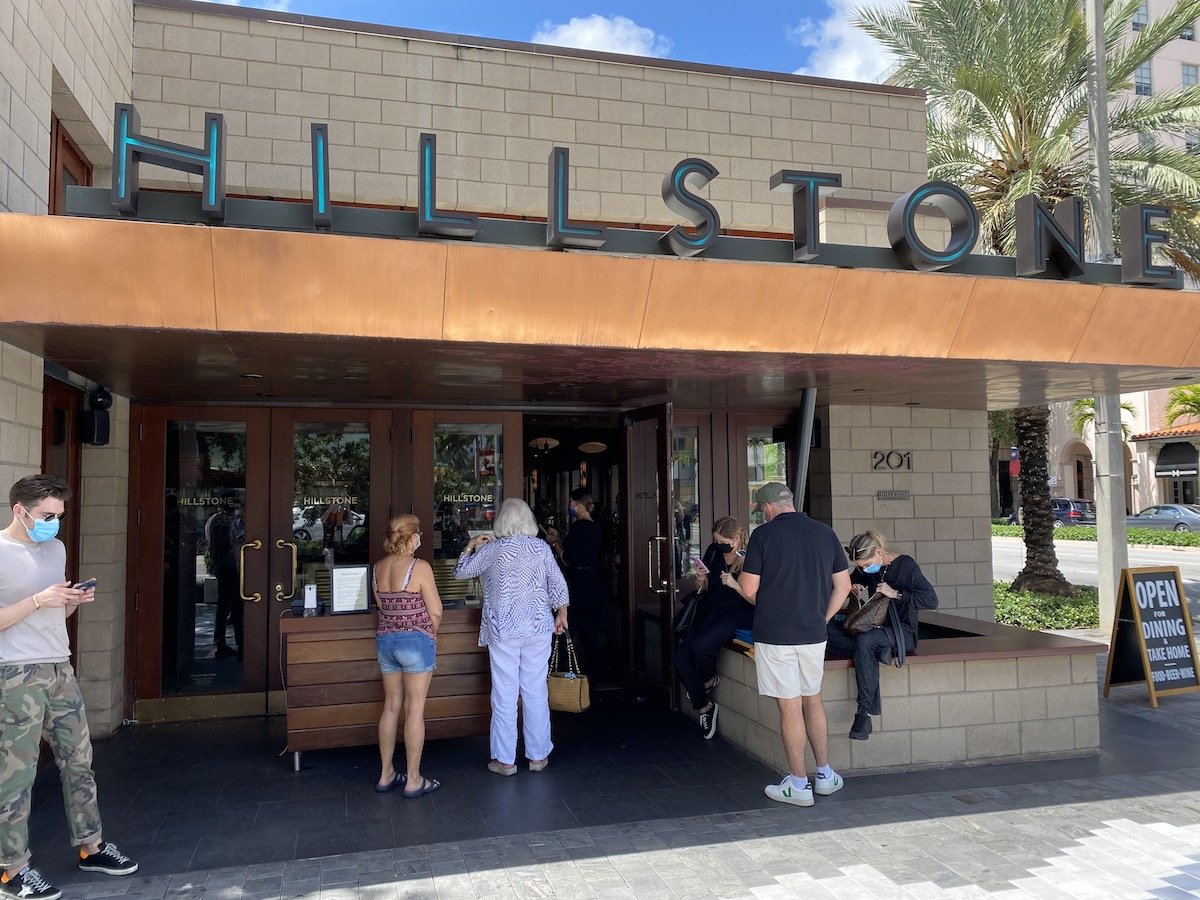 Once inside, it was surreal how empty the restaurant was. Ordinarily this place has dozens of people around the bar even during the quietest times, while in this case the bar was blocked off. 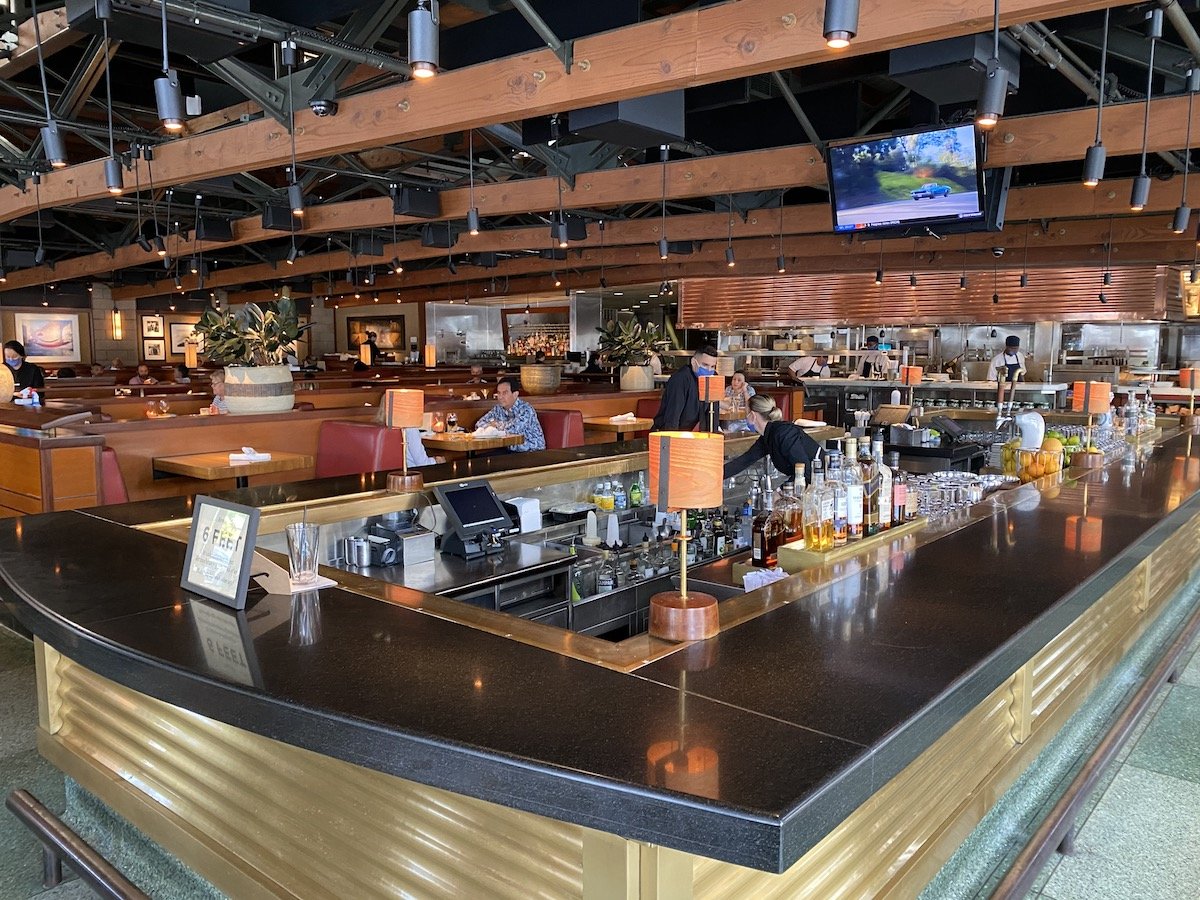 They seated at most two people per table, every other table was blocked off, and people had to sit in the same side of every booth for spacing. 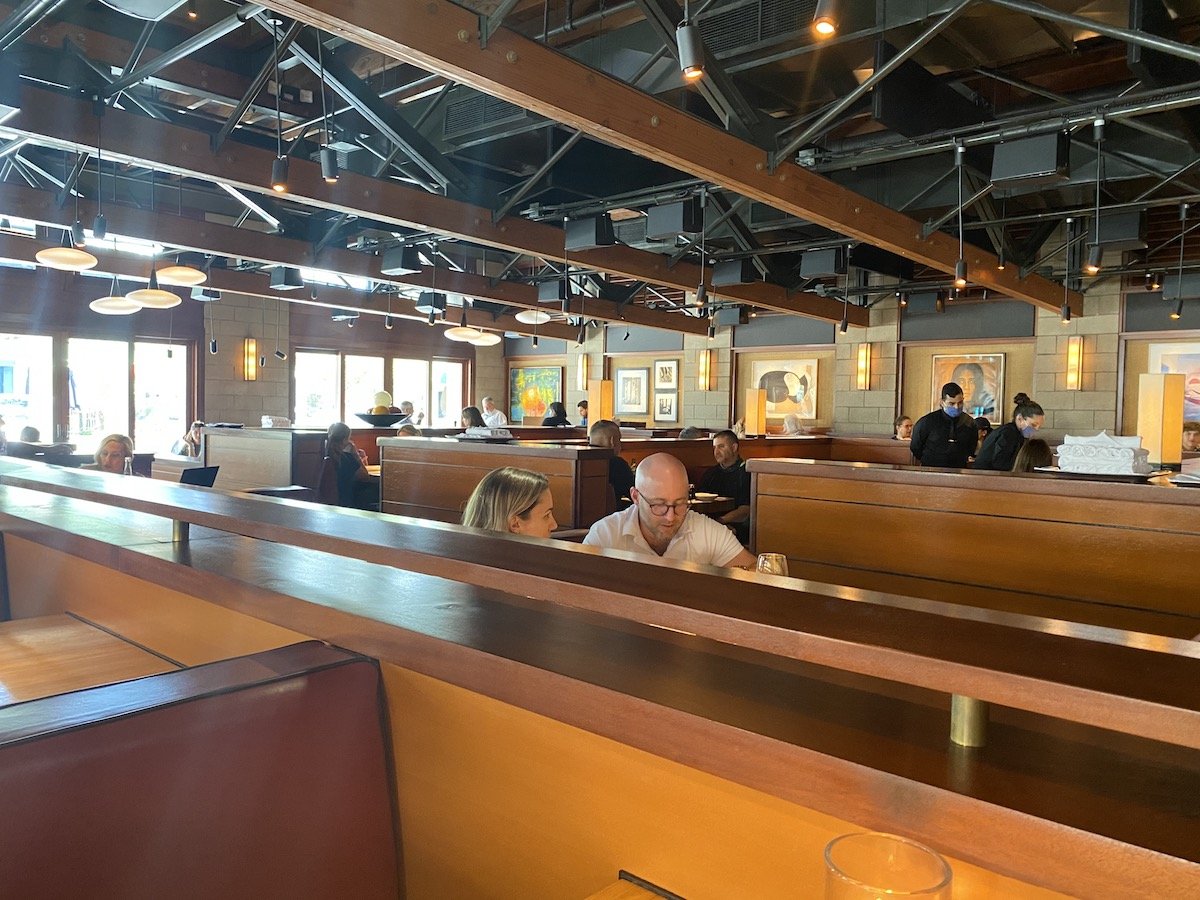 Unlike before, menus were single use. 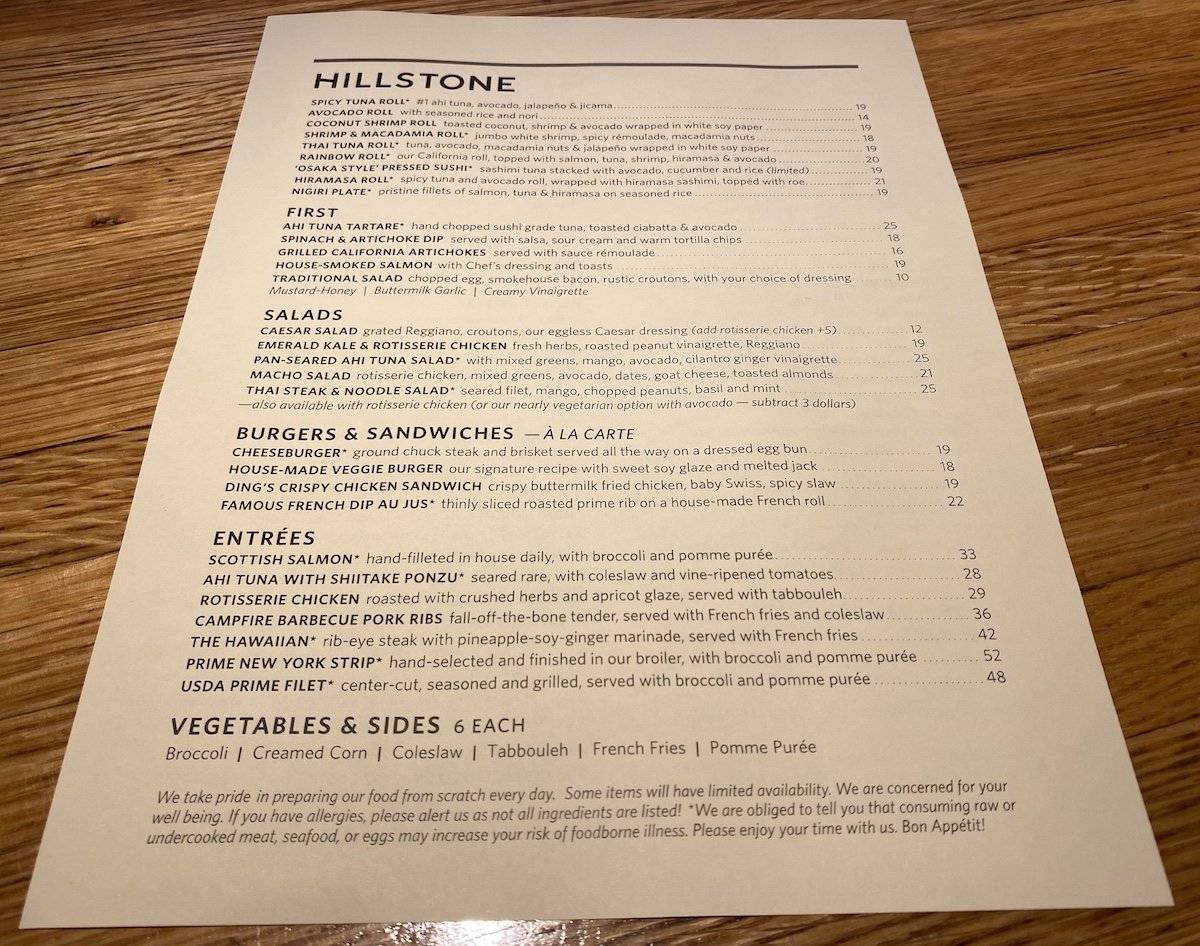 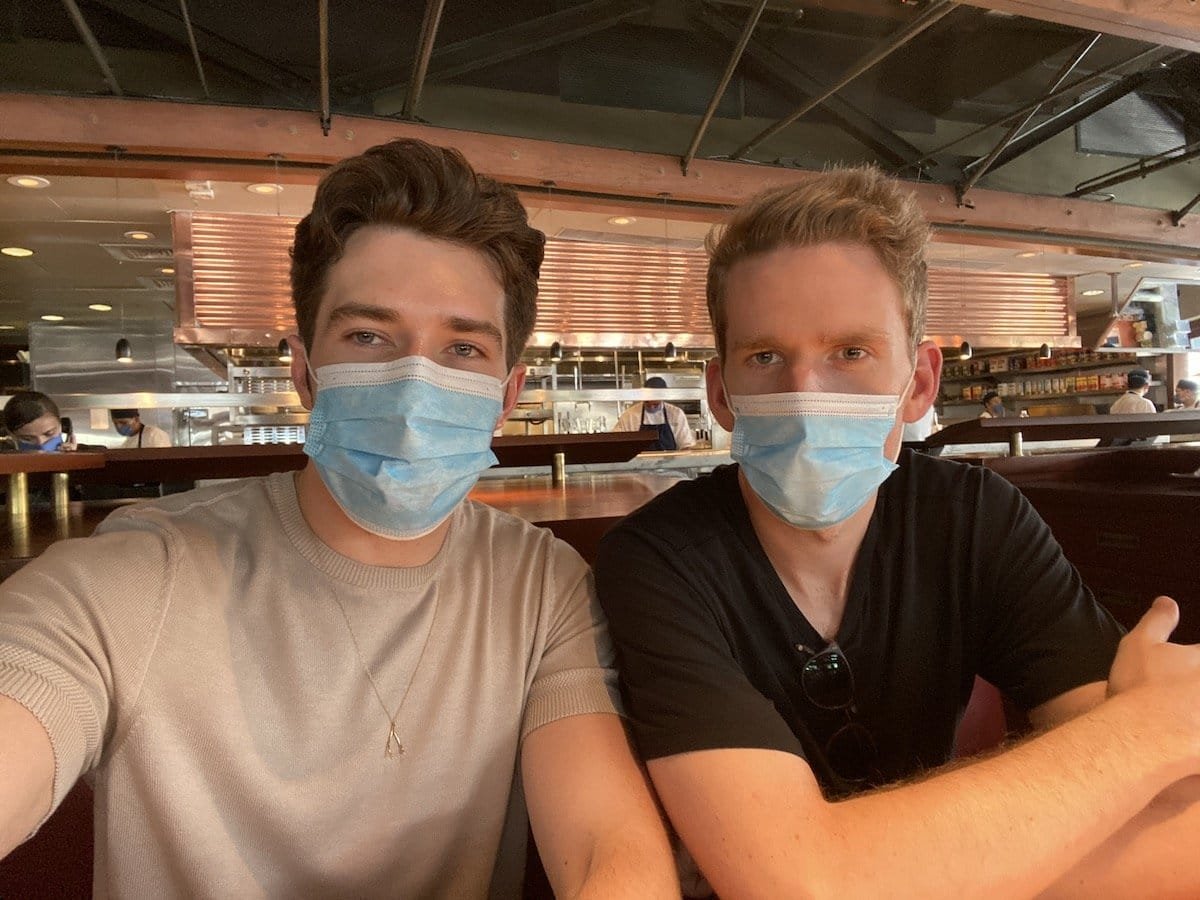 We were offered sanitizing towels once we sat down. Nope, they weren’t rose-scented like in Lufthansa first class, but rather smelled like hand sanitizer. 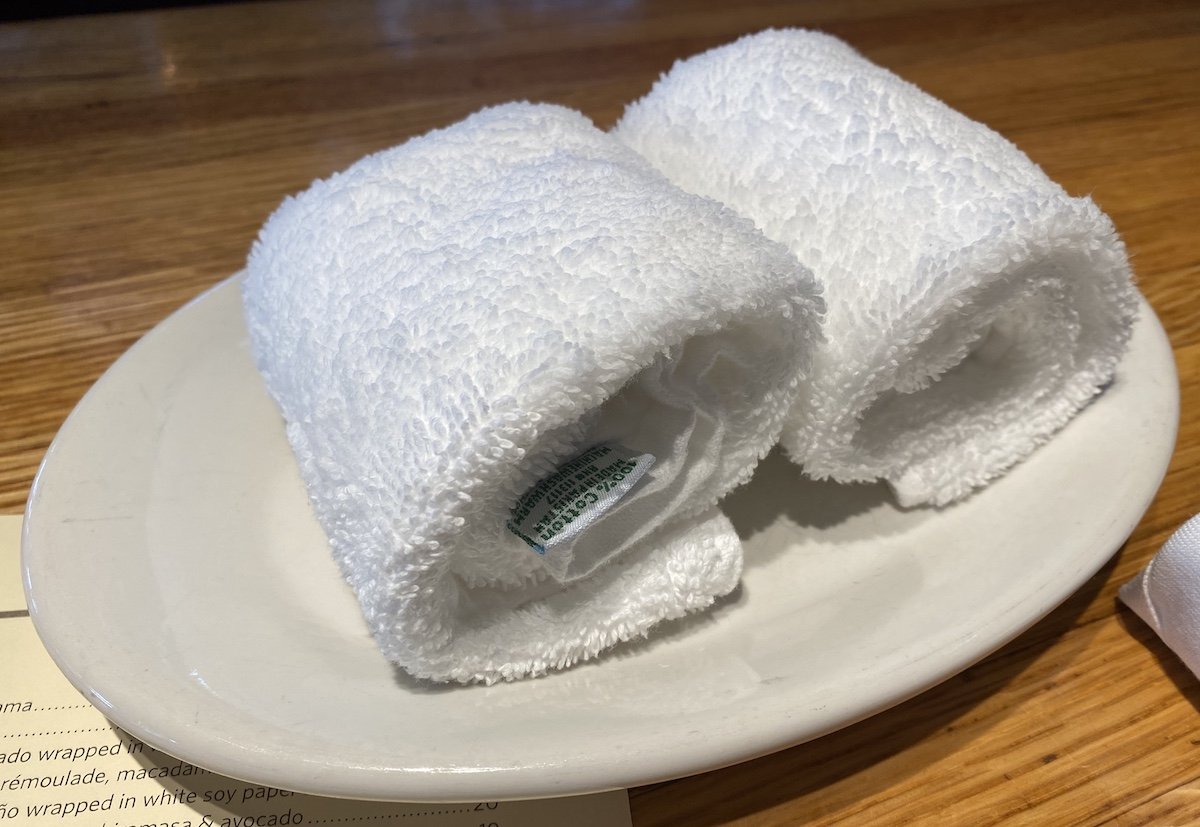 The thing I was most looking forward to was my very dirty vodka martini, and that didn’t disappoint. I love Hillstone because when your martini is roughly halfway done they bring you a new iced glass so that your drink doesn’t get warm. 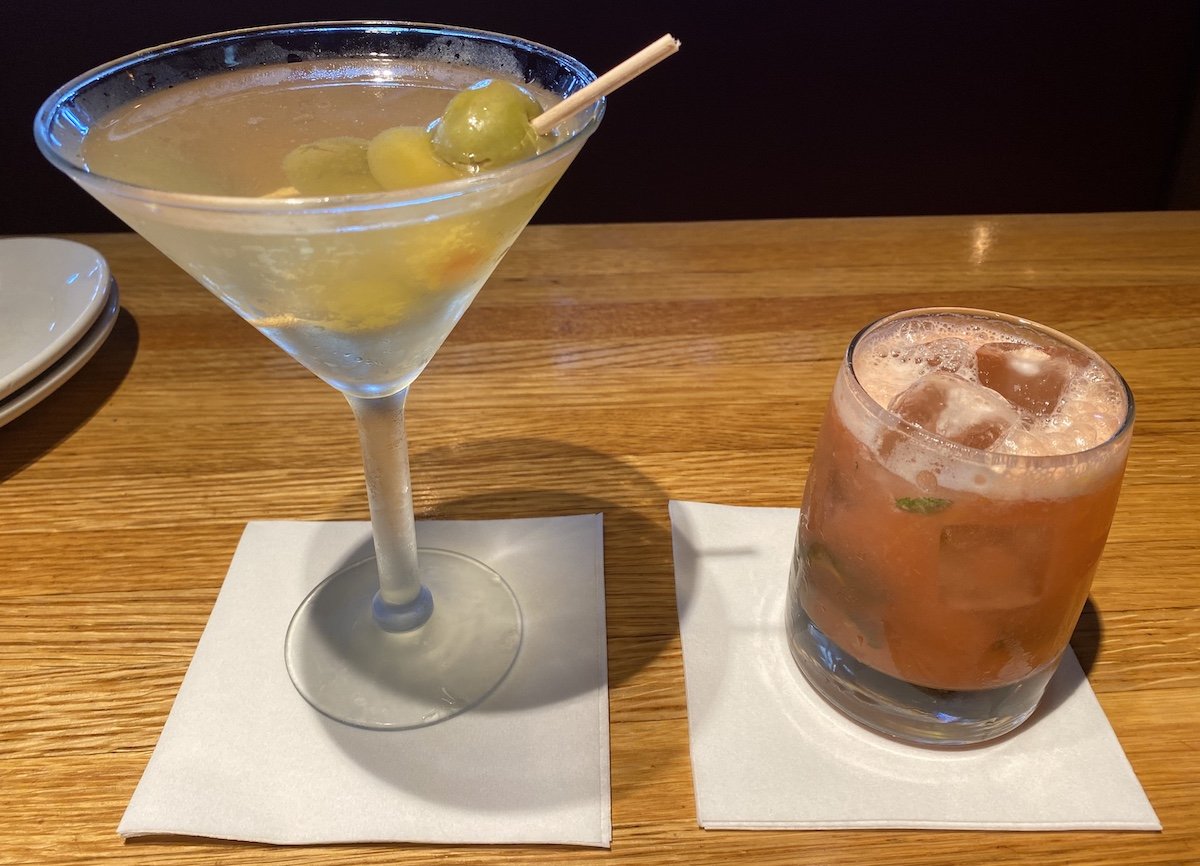 We had a tuna tartare to start, which was as good as ever. 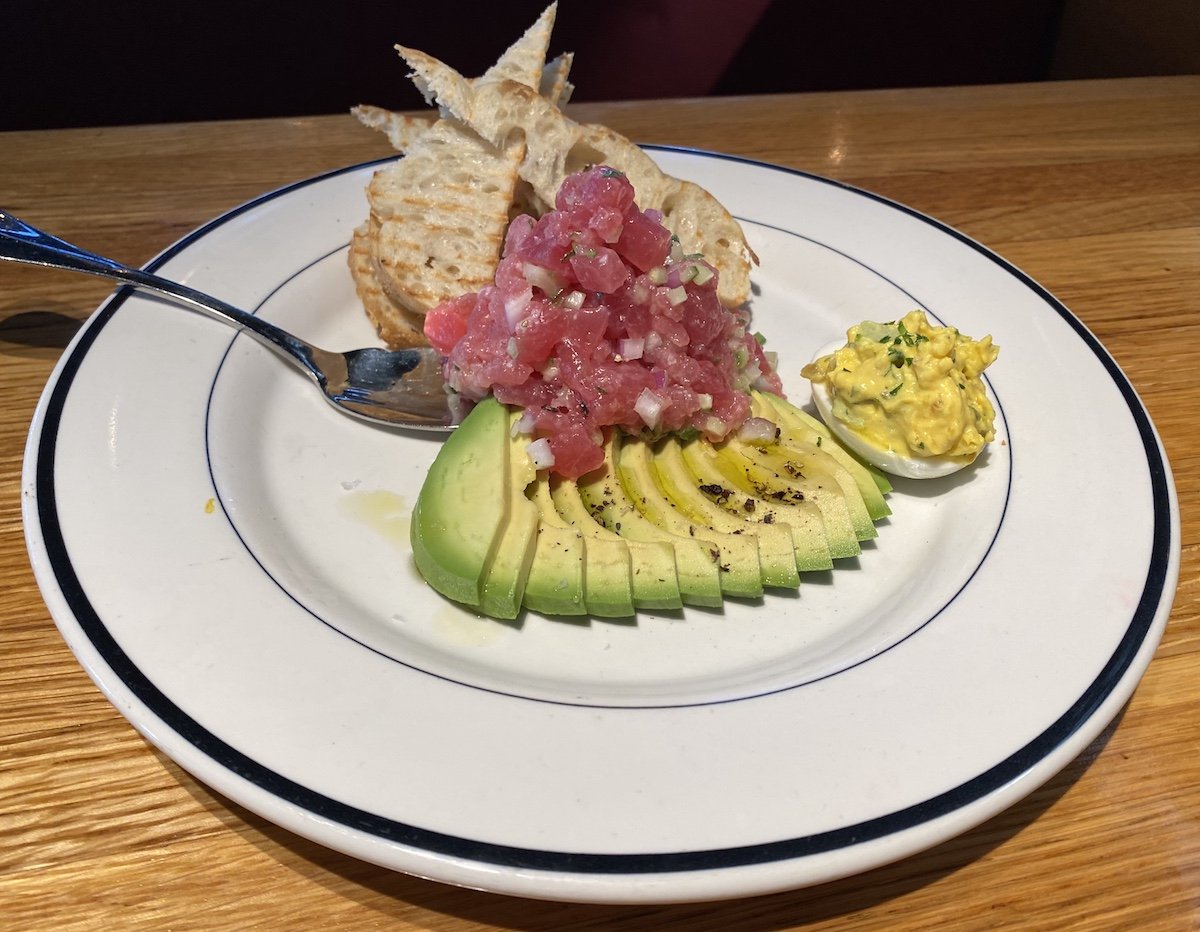 I had the kale and rotisserie chicken salad, while Ford had a burger. 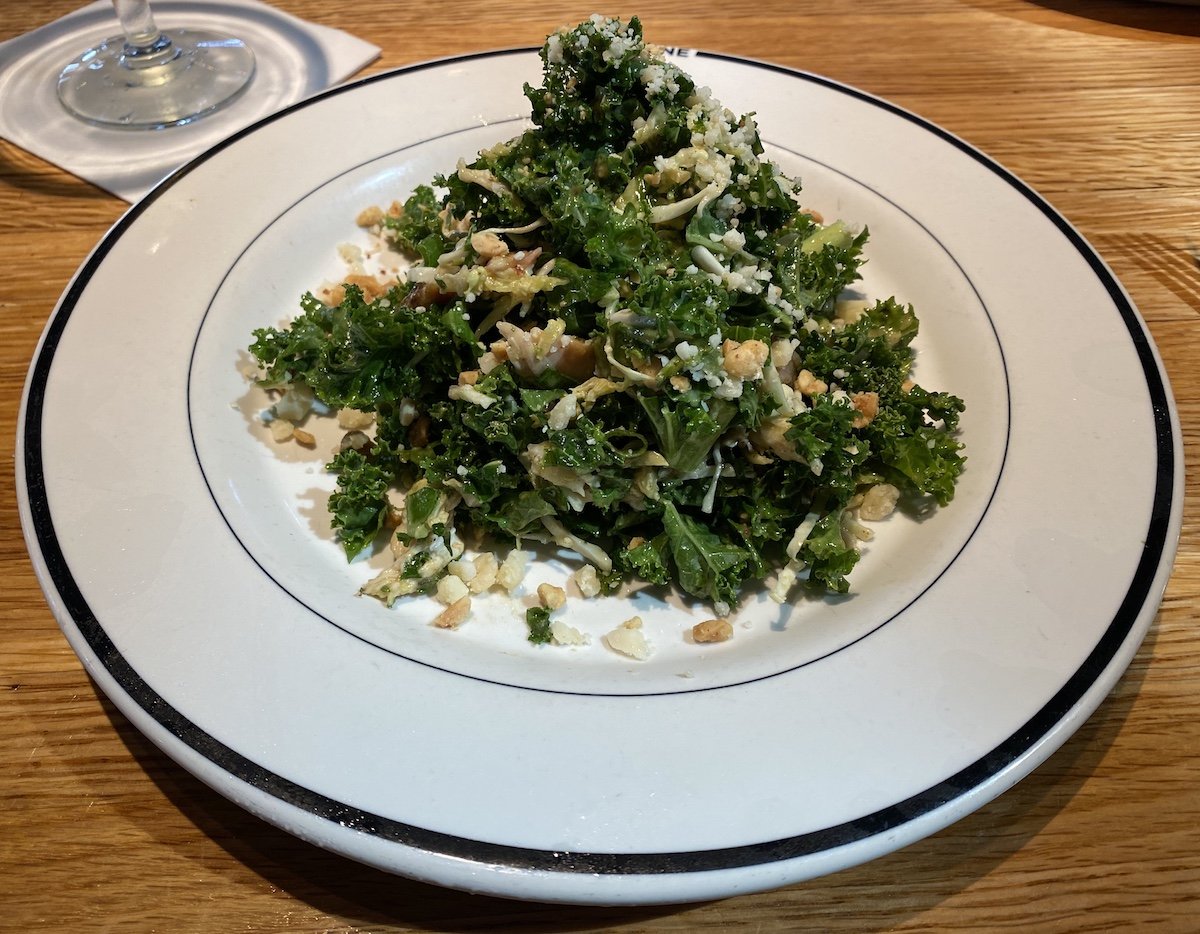 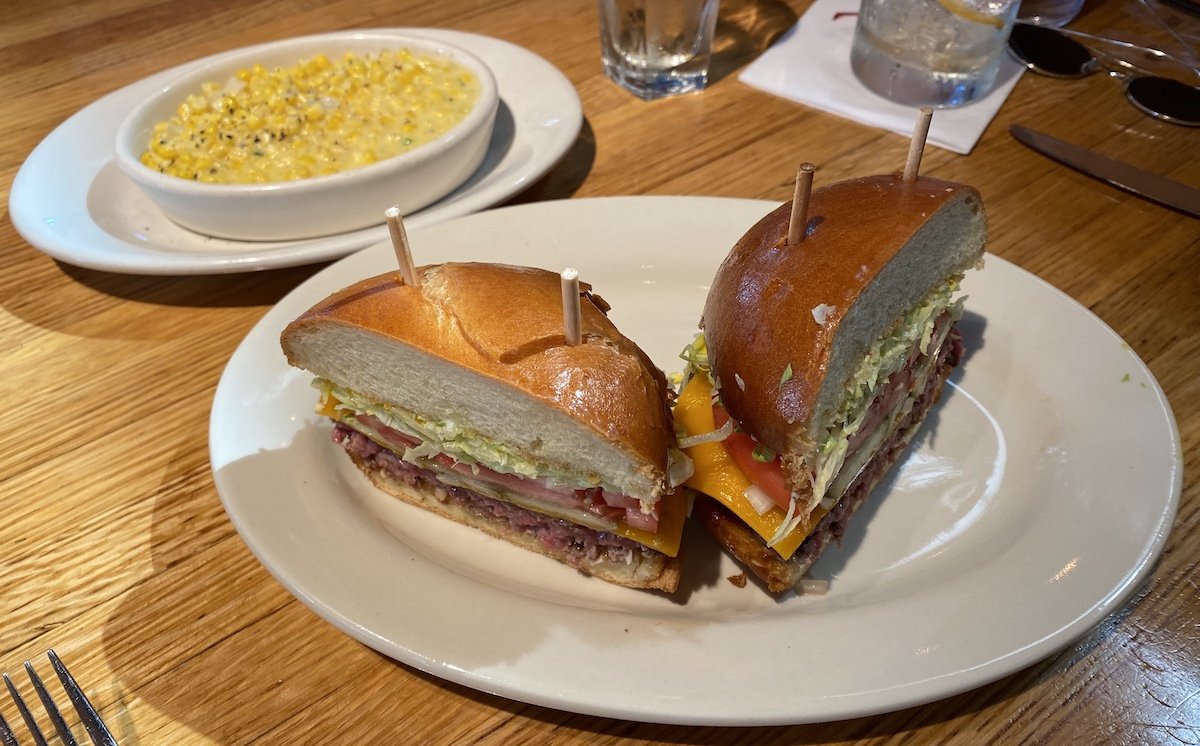 Ultimately the drinks and food were solid, but that doesn’t change all the little ways the experience has changed in a way that takes the fun out of dining out.

This ranged from sitting outside for 20 minutes waiting for our table (rather than having a drink at the bar), the much quieter atmosphere due to social distancing, everyone being more on edge, etc. Again, don’t get me wrong, all of that is good, and it’s exactly how restaurants should be. But it also doesn’t take away some of the enjoyment.

We’ve been doing everything we can to take precautions in this era, though I was also curious if I would “feel” safe going to a restaurant. It goes without saying that feeling safe is different than actually being safe, though my personal take is that:

I wouldn’t hesitate to dine out again purely in terms of feeling safe, but I frankly don’t have much desire to do so given the new normal.

If we hadn’t adjusted our lives in any way in the past couple of months then I probably wouldn’t feel so lukewarm towards dining out again. However, we’ve made two major changes while social distancing:

What all of this has to do with travel

I have one major travel takeaway based on our dining experience, since going to restaurants and traveling were two things I was looking forward to doing once again.

I think that trying to replicate any travel experience in the COVID-19 era will only lead to disappointment. Whether that means returning to your favorite destination or favorite hotel, you’re likely to notice all of the things that aren’t the same as before.

Therefore if I do travel, in the next couple of years I plan to focus exclusively on new experiences. I want to visit places and stay at hotels where I haven’t been before, because that way I won’t constantly take note of all of the things that aren’t the same anymore.

Instead any of my upcoming travel will focus on places that are as safe as possible, where social distancing is easy, and where the focus is the outdoors, whether that’s Iceland, the Faroe Islands, Greenland, or somewhere else.

It’s a new era, and as much as we’re grateful to have had the opportunity to dine out once again, we actually don’t miss it that much. Dining out is just a reminder of how things aren’t the way they used to be… and that’s absolutely how it should be.

However, fortunately we were able to adjust our lives a bit, including finally having home-cooked meals, and as far as I’m concerned we’re better off for it.

When we start to travel, our focus won’t be on trying to repeat past experiences, since that will likely lead to disappointment. Instead it’s time for a new era of travel as well, eventually traveling to places where the focus is on the outdoors, easy social distancing, etc. And frankly that’s kind of what we’ve always enjoyed anyway.

Just as the restaurant situation has pushed us to pursue home-cooked meals, hopefully the travel situation pursues us to change our travel style a bit as well.

If you’ve dined out since restaurants have reopened, what has your experience been like?

Friends of ours have dined out, we have not. Evan and I are both cooking again and honestly, there are many things about dinner out that we don't miss. The "wait time", blaring music, and the "girls gone wild" table. I prefer to order curbside pick up and Texas let's you order cocktails to go!

@Robert, your statement that "...the COVID-19 mortality rates are no higher than historic rates for influenza" is simply not true. Here's a link to a fair, balanced report on the differences between Covid -19 and the Flu: https://www.livescience.com/new-coronavirus-compare-with-flu.html Note that "...The death rate from seasonal flu is typically around 0.1% in the U.S., according to news reports...Among reported COVID-19 cases in the U.S., nearly 6% have died..." The story goes into more detail around the subtle differences between the two. 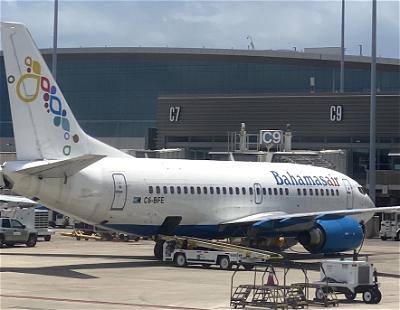 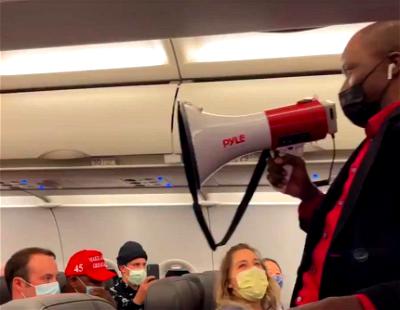 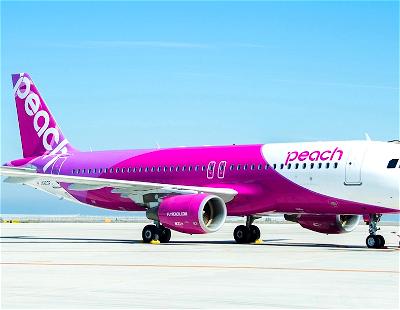 57
Flight Diverts To Kick Off Anti-Masker… In Japan?!?