There are a few airlines that have rear facing business class seats. Off the top of my head, American, British Airways, Etihad, Qatar, and United come to mind as the airlines with these types of seats on at least some of their planes.

A couple of days ago I flew Qatar Airways’ Qsuites from New York to Doha, and I was reminded of just how much I love rear facing business class seats. I know some people don’t like them since they get motion sickness (I’ve seen several people over the years request seat swaps out of these seats), but in this post I wanted to share the three reasons I love rear facing business class seats. 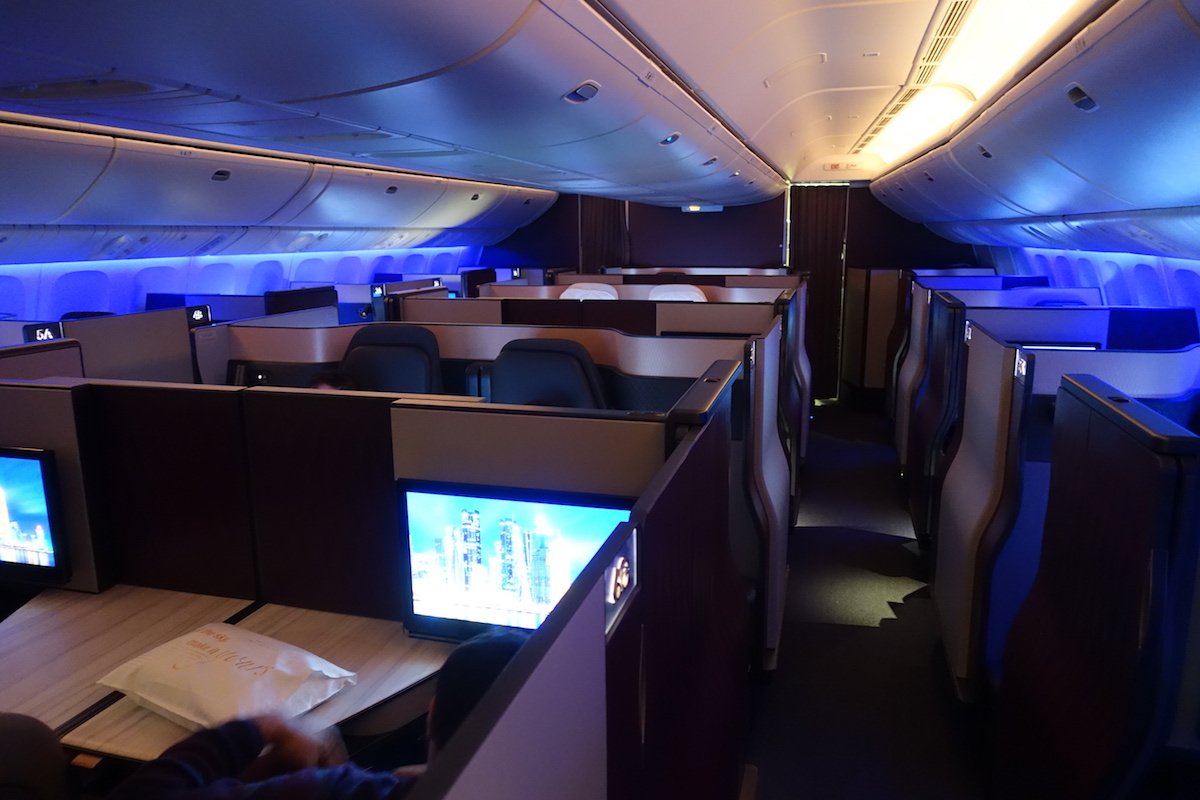 You get the best view

I know it’s the ultimate first world problem, but one of the downsides to sitting in business class is that you’re often so far forwards that you have to turn your head more than 90 degrees in order to see the wing. I consider aviation to be a miracle, and love just gazing out the window, watching the wing flex, and seeing the huge jet engine at work.

One of the awesome benefits of a rear facing business class seat is that you’re often looking right at the wing and engine without even having to turn. Seriously, what a treat to have this as your direct view for a longhaul flight! 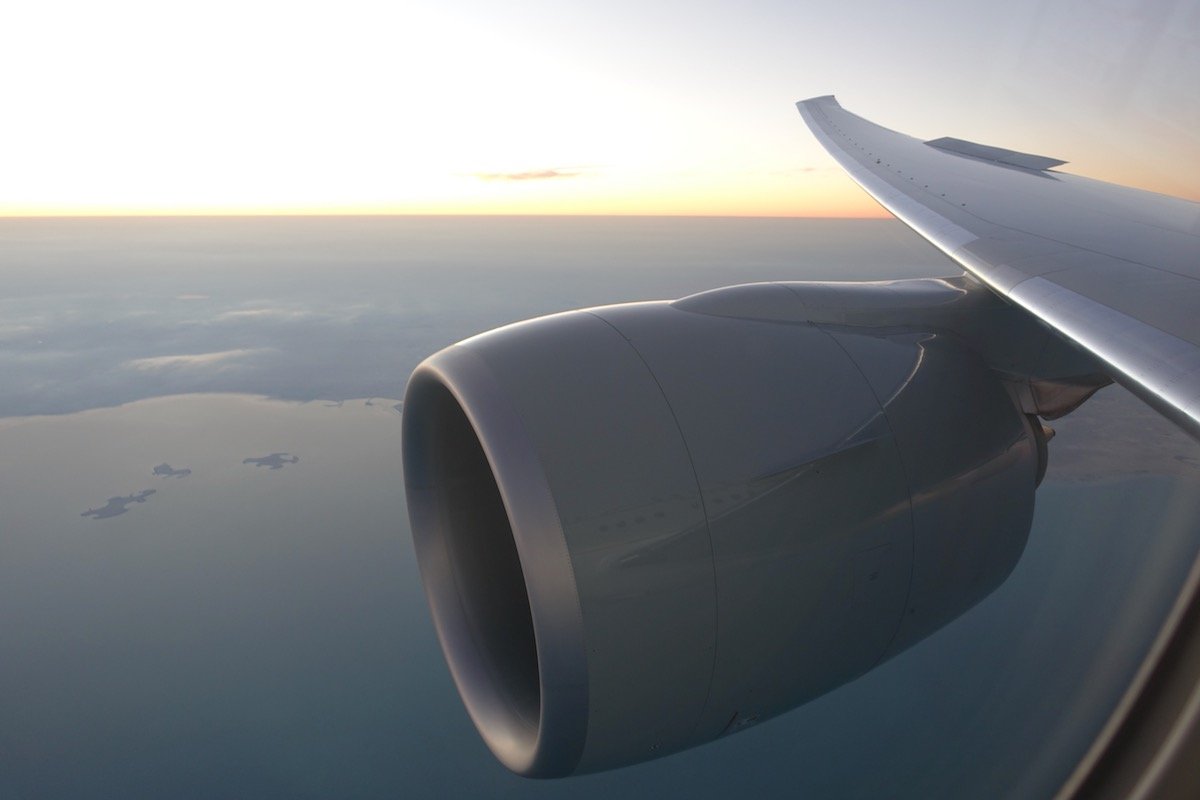 At cruise altitude the plane is typically angled up a couple of degrees, and the only time the nose will ever be fully level or pointing down is during the descent. As a result, if you recline your seat into the fully flat position in a forward facing seat, your head is actually slightly below your feet. Of course there are pillows, but rather frustratingly many airlines have very thin pillows which don’t do much for me.

Meanwhile when you have a rear facing seat, your head is naturally slightly higher than your feet. We’re talking about a minor difference here, but I find it noticeable when sleeping. 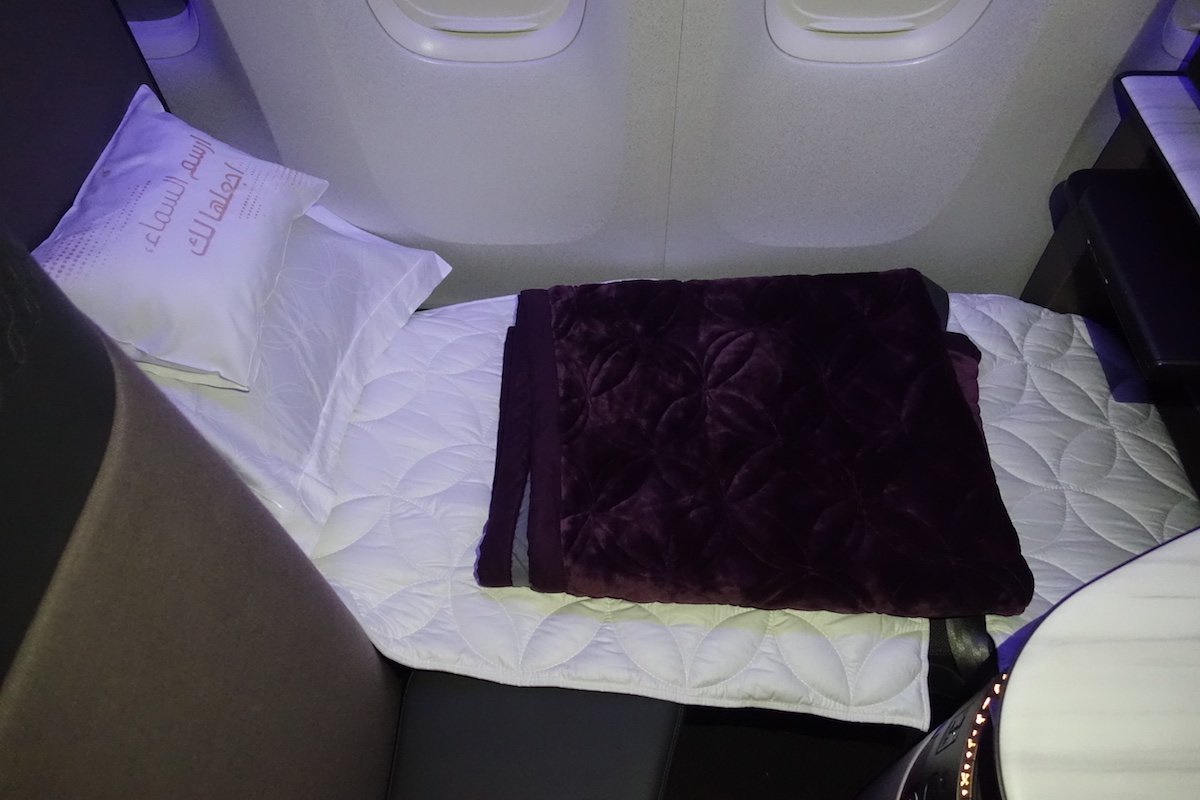 I know everyone has a different definition of fun, but personally I find it sort of exhilarating to sit backwards during takeoff and landing. Even after having flown about five million miles I’d like to think that I still appreciate the miracle of flight, though over time the excitement and sensation I feel with takeoff and landing has diminished a bit. That’s only natural when you fly all the time, while a first time (or occasional) flyer will typically get a rush from their first takeoff.

In many ways, flying backwards is like flying for the first time all over again. It’s such a different sensation, and I find myself giggling just a little bit during takeoff and landing. 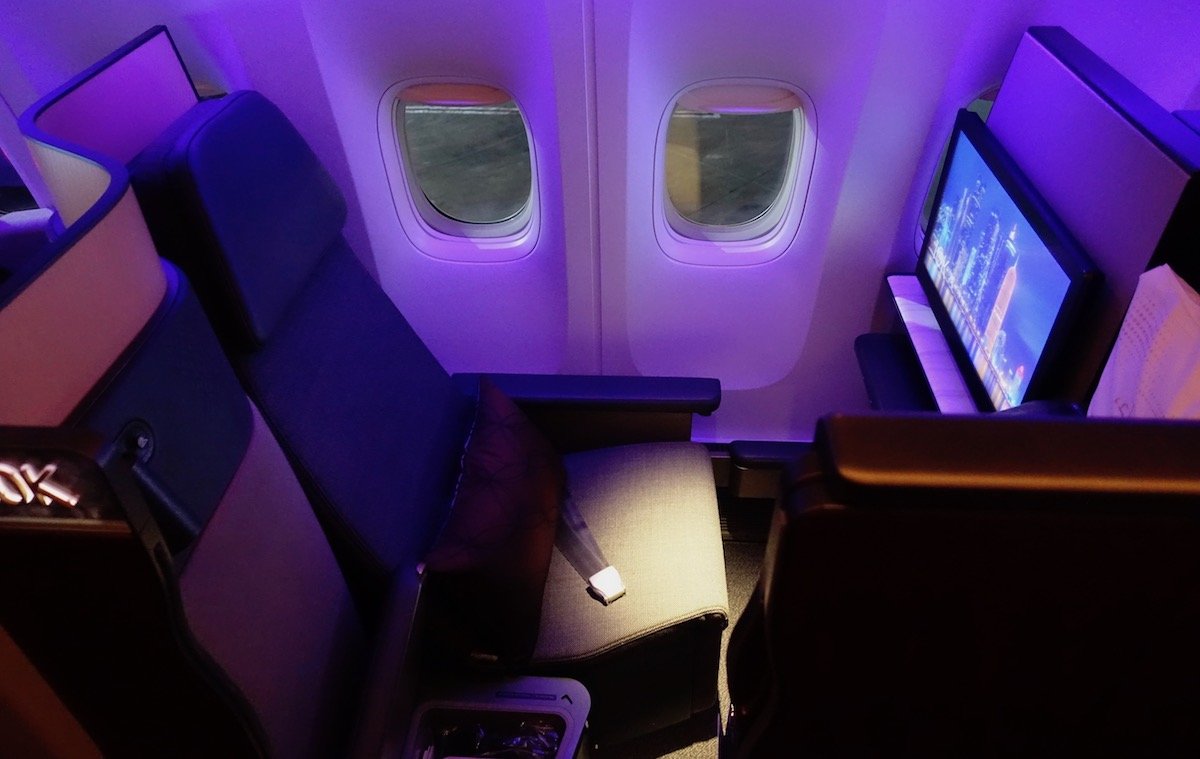 I know some people try to avoid rear facing seats, though personally I love them. To me sitting backwards is more fun, better for sleeping, and gives you a better view. All else being equal, I’ll always choose a rear facing seat over a forward facing seat.

Just a FYI, in case you care there are people stealing your blog posts and posting them as their own: http://thetravelingjacksons.com/3-reasons-i-love-rear-facing-business-class-seats/

My first and last rear facing seat assignment was on SWA out of MDW.. The seats back then were somewhat slippery ‘leather’ ...I recall it was a ‘dinette’ Configuration just behind the forward toilets...on takeoff, the “sound reducing” protocol quick acute angle climb, was complied with.. as I promptly SLID out of my seat, clambering in frustration to regain some reasonable sense of composure...to the great amusement of the forward facing passengers...and yes, I was belted in...